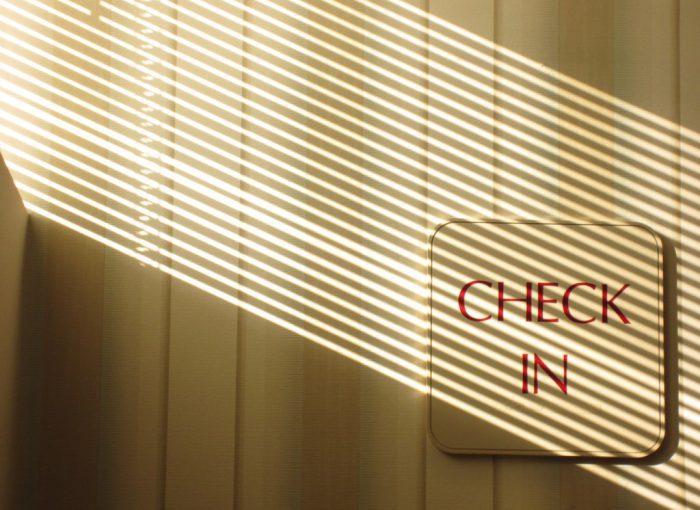 Do you have hair loss, darkening under the arms and around the neck, extreme fatigue, the inability to lose weight no matter how hard you try, or any other weird symptoms that don’t feel connected to anything else, but probably connects everything? If you said yes to any of these questions, then you might just have Polycystic Ovarian Syndrome (PCOS).

It took five years and several mental breakdowns before I was diagnosed with PCOS. All throughout high school and into college, my fatigue was so debilitating that I could not function without a nap. Even when I would take thirty minutes to sleep in the middle of the day, I was still so exhausted. I slept eight hours at night, but still nothing seemed to lessen the sleepiness. About four months before getting diagnosed, I’d decided to start going to the gym, thinking that my fatigue was attributed to being overweight like several doctors said. Somehow, even with cutting back on junk food and exercising five days a week, nothing happened. I was getting so fed up that I wrote out an entire list of every minute symptom, from tonsil stones (annoying bundles of bacteria that clump together and attach to the back of the throat, causing extreme discomfort) to chronic fatigue.

I felt like a detective and the case was my life. All the clues were there, but there was something the experts kept missing: my diagnosis. After being told either I was making it up or nothing was wrong with me about a million times, I finally found an endocrinologist who believed me.

Before her, I had been to my family doctor who was eighty years old with a broken back and a closed mind who believed that depression was the cause of my ailments. Then there was the urogynecologist, or the nurse practitioner rather, that looked me up and down and said I was lying about having constant UTIs. She handed me paperwork about correcting my Body Mass Index and weight as if that would be the magical cure. I took her advice in malice and moved on. Finally, my endocrinologist came along.

Instead of that look of annoyance I’d seen several times before, she came in with a good joke and a dazzling personality which surprisingly comforted me so much because of my past experiences with doctors. My mother and I came armed with the list of symptoms. All written down, front and back, no ifs, ands, or buts. I sat on that papered metal table, generating all of the negative thoughts one could when dealing with false doctors for five years. I thought about being told the same three things: fat, liar, or normal. I needed to be told good news. I needed a diagnosis to feel sane, to feel okay again.

I held my breath and kept praying that in the short exam, I would get some sort of answer. For some reason, right then, I was granted my miracle. She knew what was going on, and with a sigh of relief, I let out the waterworks. After some  bloodwork,  I was officially diagnosed with insulin resistance, a pre-diabetic zone where you struggle to process sugars the way you should. However, on second glance and with the help of my OB-GYN, it was later designated PCOS (of which insulin resistance is a symptom).

“Polycystic Ovarian Syndrome” sounds scary, and for me, at first, it was. The difference between PCOS and insulin resistance is that PCOS can cause cysts on the ovaries, which can lead to ruptures. From these ruptures, there comes infertility, unbearable pain, and many other negative effects. My main panic and research surrounded the infertility portion. One of my worst fears is the inability to have biological children, And ever since I was little, I wanted my own children. For weeks, I feared that my body took away my greatest dream. First, I cried. Next, I vented to my therapist about how this happy moment of diagnosis became a nightmare. I was not prepared for this consequence. I slumped into depression and cowered away from the future until I decided to change my lifestyle. I didn’t accept that I would be infertile or that my ovaries hated me. With my determination and willpower, I became the new me.

This new me requires a ninety-carb diet with exercise and supplements. Every day before dawn, I wake up and exercise. After an hour, I return home for a shower and my supplements. Before making the decision to go onto supplements I was given the option to take Metformin. Now, for any of those unfamiliar with Metformin, it is basically a pharmaceutical drug for diabetes that only works about thirty percent of the time with exercise and diet, but it also creates uncontrollable diarrhea (no thank you!). I began to take herbal supplements instead. Berberine and cinnamon were the main two with other common ones such as krill oil, cranberry, Vitamin C, multivitamins, and turmeric. All-in-all, I take eight supplements a day to regulate my system. But, with all of that business, I found my confidence.

I found confidence in the pounds I was shedding and still am–63 pounds to be exact. I found confidence in sticking with keto and ninety carbs a day for about a year now (yes, sadly no more pasta). I found my empowerment in the gym. Whether it was from my newfound self-confidence, pride in upping the weight on the barbell, persistence to go daily, or compliments from the “it” guy at the gym calling me his “hero, I was empowered to want to be better. I set goals for myself, and when I complete them, I celebrate, then set new ones. I reached my goal of being able to squat and deadlift 135 pounds, so my new goal is to be able to push a car like Brie Larson did in Captain Marvel.

Over the last year, I tackled PCOS, depression, and a whole lifestyle change, while also transferring from a community college to the largest university in the country. Not only was I working part-time, but I was going to school full-time while trying to provide a healthy life for myself. My self-care relied on creating a routine: exercise, supplements, meditation, school, repeat. At first, it was difficult, but I found comfort in the schedule. College came with its own rhythm that helped distract me from certain mood swings and hardships of my condition. Comfort also came with telling my peers about my condition. One class actually turned into a full-blown condition discussion where we empowered each other to embrace our medical flaws. I wasn’t alone, and that made me feel heard and understood.

Since my diagnosis, PCOS has not limited me, even when I thought the worst after my diagnosis. Instead, it has allowed me to become the best person I could ever be. It made me feel beautiful and confident. I don’t need anyone else to tell me who I am or who I need to be–I found that out for myself.

For anyone struggling with PCOS or may think they have it, all I say to you is: don’t fear it, embrace it. Get checked for insulin resistance with a simple blood test and track your symptoms of all your symptoms no matter how small (excessive acne, discoloration of the skin in odd locations, mood swings, UTIs, etc). Consult medical professionals such as endocrinologists who specialize in insulin resistance or diabetes that can see the symptoms that you can’t, and remember that herbal supplements can be a good option, but aren’t miracle cures. It takes hard work and determination to manage PCOS. It is demanding, but not impossible. I am living proof of that.