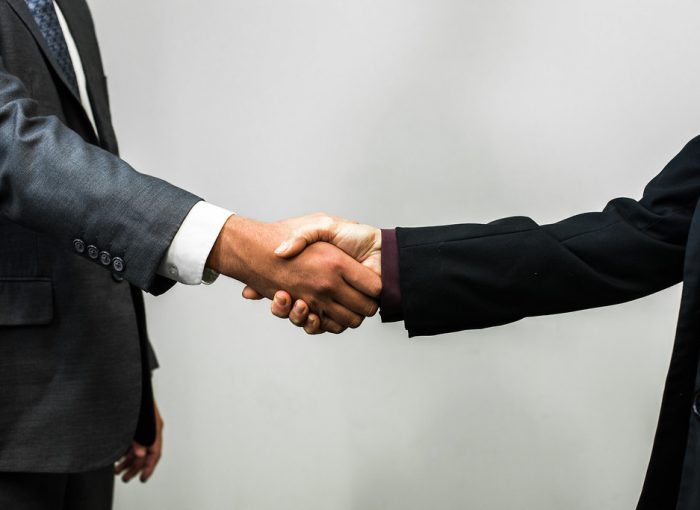 Anyone who’s set foot on campus at UCF has undoubtedly seen flocks of student advocates tabling and campaigning all around: at the library, in the breezeway, on Memory Mall, and in and around the Student Union. Students here know better than anyone that UCF cares. We are a university that prides ourselves on diversity – the numerous organizations here dedicated to social justice, advocacy, and cross-cultural communication are a testament to that. Topics of social justice have become increasingly relevant in the lives of UCF students. However, too many students who find themselves unable to relate to marginalized experiences end up dodging discourse on these issues entirely out of fear, shame, and sometimes pride.

Today I want to talk to you a bit about one particular epidemic that many of these students are experiencing: white guilt. This may be a familiar term to you, or it may not. White guilt is something not many people are willing to talk about or admit to having experienced, but it is worth discussing, nevertheless. I’m going to unpack this sticky subject with help from the writings of Dr. Beverly Daniel Tatum, a clinical psychologist who specializes in racial identity development.

What is white guilt?

A quick Google search yields the following answer: “White guilt, or European guilt, is the individual or collective guilt felt by some white people for harm resulting from racist and genocidal treatment of ethnic minorities and indigenous peoples by other white people…” Okay. There you have it. So what?

The truth of the matter is that this issue is much more complicated and nuanced than the definition Wikipedia has to offer. To understand white guilt, we first need to look at where it comes from. Within white communities, there’s generally not much conversation about race. Concepts like “racial identity” aren’t given much thought, because they don’t have immediate relevance within the community.

It’s often not until an introduction into a new, diversified context (like a college campus), a friendship with a person of color, or some other form of exposure occurs that a white person begins to develop an awareness of just how relevant race is. They then start to learn just how deeply racism is affecting those both within and outside of communities of color. “The uncomfortable emotions of guilt, shame, and anger are often related to a new awareness of one’s personal prejudices or the prejudices within one’s family,” Tatum writes.

These emotions are what we call “white guilt,” and according to Tatum, they are part of the psychological cost of systemic racism in our society. What often follows this eruption of emotions is a period of denial or withdrawal. Tatum states, “The logic is, ‘If I don’t read about racism, talk about racism, watch those documentaries or special news programs, or spend time with those people of color, I won’t have to feel uncomfortable.’” So, in essence, white guilt and its consequences come from fear.

This then raises the question:

What can we do about it?

Awareness is the first step. When an initial awareness of one’s own shame is developed, one can choose to then either hide from the problem and repress those feelings, or engage and wrestle with them. Recognizing these negative emotions can be difficult at first—this state of vulnerability is uncomfortable—but it allows one to become more open-minded about listening to the voices of people of color. This is a key part of becoming an effective ally. As a white person, once you stop talking and start to listen, you begin to see the ways that being white comes with a set of exclusive privileges.

Identifying ourselves as recipients of these privileges means we can then consider how we can take advantage of them: using them to move towards constructive action. Tatum states, “The task for each of us, White and of color, is to identify what our own sphere of influence is (however large or small) and to consider how it might be used to interrupt the cycle of racism.”

Try thinking about this in the context of being a student! What does your “sphere of influence” look like at UCF? We have the ability to exert influence in our classes, clubs, Greek organizations, study groups, etc. Start thinking about how you can get involved with advocacy groups. What can you do to support your local social justice warriors?

The next step in the growth process is to foster the development of a positive white identity—finding new ways to think about whiteness. Some of the ways Tatum suggests people do this are to engage in ally community groups and to actively seek out narratives of whites in history who fought against the role of oppressor. While it is important to acknowledge the role that white people have played in the perpetuation of systemic racism, it is equally important to formulate a sense of identity that predicates neither on the victimizer role nor on antiquated notions of assumed superiority.

The role of white ally provides an avenue for this: “ally” not being a synonym for white saviorism, but for someone who acts as an agent of change. Tatum writes: “. . . the role of the ally is not to help victims of racism, but to speak up against systems of oppression and to challenge other Whites to do the same.” It is when a white person enters this stage of racial identity development that those feelings of shame and guilt truly start to fade.

Finally, given that answers often bring forth more questions, let’s think about this:

What does being an effective ally look like for us students?

As I have already discussed, the most important part of effective ally-ship is listening. Be ready to listen to your peers of color with an open mind and heart: whether it’s in class, around campus, at work, home, while you’re out and about, or even at a place of worship. An ally must be prepared to both receive and welcome constructive criticism, without interrupting or getting defensive.

Note that “yourself” is a key part of this tip. Your peers of color are not responsible for educating you on the injustices they face. Expecting them to answer questions you could find in a simple Google search is simply unfair and places unnecessary pressure on them. Getting educated is your responsibility. If someone offers to share their experiences with you: great! But remember that they are under no obligation to do so.

3. Don’t speak over people of color.

An effective ally knows when to speak up, and when to step down from the podium to make room for another. You may have strong opinions or feelings you want to voice, but remember that the fight for racial equality is not about you. As an ally, your goal should be to stand in solidarity with the marginalized and amplify their voices, not to speak for them. When you speak out or stand up for people of color in, for example, your classroom discussions, be careful that your words are not drowning out someone else’s. It would be a true tragedy if, as you made efforts to support your peers of color, you were to silence their voices in the process.

Now, this is a tricky one and requires a lot of discretion. You should not be afraid to bring up issues of racial inequality, and address signs of bigotry when you see them in your classmates and peers. But it is also wise to remember that there is a time, a place, and a company. As Tatum says, “Though a White person may need to describe the racist things a parent or spouse has said or done, to tell that story to a person of color may reopen that person’s wounds. Listening to those stories and problem-solving about them is a job that White people can do for each other.”

In the same vein, people of color may not want to have conversations about race all the time. You may have noticed in your classes that they are often the first to be called upon when such topics arise, and they are subsequently expected to speak as a representative of their entire race. It’s only natural that many are tired of filling this role, and it’s important that white people understand this. The ability to not think or talk about topics of race is a privilege rarely afforded to people of color, so before getting into it, be sure that you aren’t violating someone’s safe space.

This loops back to the amplification part of ally-ship, and there are so many ways you can do this. Nowadays you have a breadth of knowledge at your fingertips, so use it! In a campus book club? Try suggesting some books by authors of color! Movie night? Why not consider supporting minority filmmakers? Procrastinating studying for that midterm? Pull up Netflix on your laptop and binge dramas like “When They See Us,” or head to the campus library and pick up some reads you might not have noticed before. Better yet, share your findings with friends and family! You will find that this is not only a great way to practice good ally-ship, but also to further educate yourself and broaden your cultural horizons!

Being an ally is not always, if ever, going to be easy. You are going to feel uncomfortable, you are going to feel helpless to create real change, and sometimes you are going to fail miserably. I know I have. We are only human, after all. But as you learn, as you listen, and as you grow, you will start to make a difference just by showing up and showing that you car – showing that UCF cares. The role of an ally is fluid and requires constant self-reflection and learning, but we as white people need to start having these conversations more often to create a climate for productive social change (both on our campus and in our world). It is by having these hard conversations about guilt, shame, and love that we can build each other up, and together disrupt the cycle of cultural and institutional racism in our society.

Tatum, Beverly Daniel. Why Are All the Black Kids Sitting Together in the Cafeteria?: and Other Conversations about Race. Basic Books, 2017.