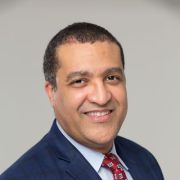 Vince PremDas joined the University of Central Florida Foundation in January 2022 as the Executive Director for Advancement, Special Initiatives. He will lead fundraising efforts for or UCF’s new Center for Innovation in Arts and Entertainment). Prior to joining UCF, Vince served as Director of Development for the National Museum of African American Music in Nashville Tennessee where he oversaw the capital campaign that raised over $60 million in private and public funding.

In his 20-year career, Vince has spearheaded major giving and development campaigns across various industries, including education, nonprofit, health care and government. His work resulted in significant philanthropic gifts while at the University of Florida College of Medicine and Levin College of Law, Vanderbilt University Law School, Radford University College of Business and Economics in Radford, Va., and Fisk University in Nashville, Tennessee.

Vince received his Bachelor of Science degree in sports management from the University of Florida and his Master of Business Administration from Northwestern University’s Kellogg School of Management. He is a member of Phi Beta Sigma Fraternity, Inc.