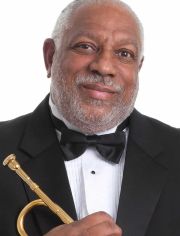 Lyman A. Brodie is the consummate musician, demonstrating his lush musical signature of sound as a seasoned performer balanced with the deft ability as a progressive administrator. Mr. Brodie is an active performer and former Principal Trumpet with several ensembles across the country, including the Dallas Wind Symphony, Dallas Texas; and the Orlando Philharmonic, Orlando Florida; as well as, Solo Trumpet with the Black Music Repertory Ensemble, Chicago, Illinois. Mr. Brodie's currently available discography numbers thirty-two recordings, including ten CDs on the Reference Recording Label, one with Crystal Records, Los Angeles, and thirteen CDs on the Madacy Group Inc. Label. Mr. Brodie is also sponsored by the Yamaha Corporation of America as a Yamaha Artist, as is listed on their roster of International Artists.

Mr. Brodie is Executive Associate Dean of the College of Arts and Humanities, and Professor of the Music at the University of Central Florida, Orlando, Florida. He has served in several senior administrative roles at UCF, including: Chair of the Department of Music, President of the University Wide Counsel of Chairs and Chairmen of the Campus Review for the Strategic Planning Initiative. He has also served on numerous other university and college wide communities at the University of Central Florida. Mr. Brodie has served as a national grant review panelist for both the National Endowment for the Arts Music Program, New York City, New York, and as an elected board member of Chamber Music Directors of the Orlando Philharmonic, Orlando, Florida, and as an Advisory Board member of the Arts Presenters.