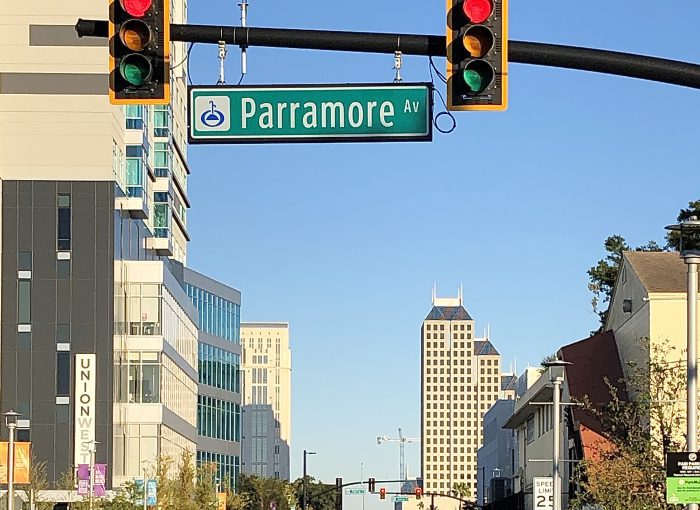 Parramore is a neighborhood located in west-central downtown Orlando. Established in the 1880s, the area of Parramore was originally developed by the city to serve as a segregated African-American community. Parramore’s infamous Division Avenue marks where black residents were not allowed to pass into the east part of the city after sundown during the Jim Crow era. Today, many residents continue to suffer the effects of institutionalized racism and underrepresentation by the city. Rising from this dark history, Parramore stands as a community of individuals that cares for one another and looks after each other’s wellbeing.

I have experienced a part of the Parramore community through my internship with Page 15, a literacy-based non-profit that serves Parramore youth attending OCPS Academic Center for Excellence, or A.C.E. Throughout my time in Parramore, I have watched the community mold around the construction of the University of Central Florida’s new downtown campus. I can recall numerous conversations with my coworkers about the construction, and what we believed would be the effects of the new campus on the neighborhood. Now that the campus is up and running, I wanted to explore the real effects of UCF’s presence.

The University of Central Florida’s downtown campus has been a long-anticipated addition among students and faculty. The campus was constructed on Livingston, a street that closely intersects with Parramore Avenue. The campus has been open since August 26, 2019, kicking off with its first set of Fall classes. Now that UCF is an established presence in Parramore, I wanted to capture the local perspective and uncover how a university presence has impacted the community. Specifically, how was the new campus introduced to Parramore residents and how do they interpret the effects it brings, both positive and negative?

In exploring these questions and more, I interviewed long-time Parramore resident Sasha Mills. Sasha is a life-long resident of Parramore and currently works as the Community Specialist at Parramore Kids Zone (PKZ) located in the Orlando Recreation Complex – steps away from UCF’s new downtown campus. Sasha has personally observed the various changes forced upon her community throughout her lifetime and often discusses these issues with fellow residents. I met with Sasha at the recreation complex for an interview to discuss the changes she’s witnessed within the Parramore community in response to UCF.

Q: Living in Parramore all your life, what is the most notable change you’ve seen in the community?

Sasha went on to discuss the primary gangs that segregated Parramore into two “sides” during her time in middle school / early high school. Sasha also mentioned that the creation of Parramore Kids Zone within the Downtown Recreation Complex alleviated a lot of gang-related tension among Parramore youth because PKZ was the only city program that offered kids the opportunity to play sports. Whether on the field or the court, Parramore youth had to cooperate and work as a team – despite which side they were from.

Q: In contrast, what is the most notable feature of the community that’s stayed the same throughout all the change?

Q: Working within the Parramore community, what are the typical comments / concerns that residents have? (i.e. housing prices, crime, construction, etc.)

A: “So, I sit on the Parramore Community Engagement Council, and the council is made up of Parramore residents, City of Orlando people, UCF, Valencia, and some stakeholders who also sit on the council. Before the council, we asked the community “what are some issues that are important or some things that you want to see change within the community?” and the top 5 were: affordable housing, employment, health, education, and safety. Those were the things that were important to them and, as far as resources, that’s where they wanted to see funding go to.”

Q: From the beginning of construction for the UCF downtown campus, what was the community response? Meaning, what did most residents say when they learned of the campus’ construction?

A: “To be honest, there was a lot of confusion about what exactly the construction was. From what I’ve heard from the community – just talking to people from the community, there wasn’t a clear understanding of what exactly was coming to downtown. The main thing that I think most people pulled out of the conversation about what was coming downtown with Creative Village and UCF was there was going to be job opportunities, and there was going to be housing. That was all that was fed to the community based off the conversations. There was nothing about UCF, they just said “Creative Village.” Sasha went on to express her interpretation of the Parramore perspective stating, “It’s not so much UCF, it’s more like this expectation, or this mindset, of when something new comes to Parramore – is that for us?”

Q: During the construction, what was the typical comments / concerns that residents had? (regarding only the UCF downtown campus / construction).

A: “I would say one of the main concerns was about policing. We were hearing a lot of conversation about the policing, and how UCF would have their own police. So that’s still a conversation that’s going on now, but as far as the construction I think people are still not [aware]– I mean it’s real now because its finished, but there’s always a lot of construction going on around Parramore – I mean you have the highway [I-4] going on too.”

Q: The campus has been open since Aug 26th; now that it is an established presence in Parramore, what are the typical comments / concern that residents have? (traffic, access to new resources, effects of gentrification, increased police presence, etc.)

A:“This is interesting because I’m taking an argument / debate class, and one of the debates was: has UCF played a part in the actions of gentrification [in Parramore]? Listening to their debate was very interesting as someone from the [Parramore] area. And we talk about gentrification happening, right? And I would say that UCF is playing a part, not necessarily professors or staff, but the university as a whole – the institution. So whether you agree or disagree, it’s happening. And UCF was not the first to have a presence that started the gentrification; it’s just a continuing thing. More business, more whatever is going to continue to come to Parramore because downtown is hot – people are moving out of their suburban, tight neighborhoods and are wanting to live that downtown life. Before, people were trying to move away from downtown – Windermere, College Park, Winter Park – they wanted to be in those areas. And they even built Division to keep us contained! But now, everyone wants to be down here.”

Q: To your knowledge, did UCF work with the community to appropriately establish their downtown Campus? Meaning, do most residents believe this construction was done ethically?

A: “I think probably 2018 was when UCF started coming down to Parramore. They met with us – I mean, I’ve lost count of how many times I’ve met with UCF affiliated people – and all of it was surrounding: How can we help? How can we build relationships? How can we work together? At the first couple meetings, a lot of people from UCF, from different departments, were coming into PKZ and were wanting to start something, build a partnership, or get to know us. And what was so interesting is, each time we sat down with someone new from UCF we’d all think “we’ve already talked about this”. There was a lot of talk, just the same things over and over. To be honest, it was kind of frustrating because although we had to say the same things over and over – nothing ever got done. I would say the only thing that was beneficial – that still is beneficial, and not only from UCF but also Valencia, is the Parramore Community Engagement Council. The council is purposely made up of more people from the community.”

Q: What is your opinion on UCF’s downtown campus? Does its construction bring more positive or negative elements to the Parramore community?

A: “For me, personally, it’s been a bittersweet moment. I’m a student at UCF, and one of the hardest things for me as someone who lives in the [Parramore] community was using public transportation. I would travel from here [Parramore] to UCF, which is like an hour and thirty minutes bus ride – and they didn’t have the shuttle then.

Sasha went on to discuss the difficult schedule she had to maintain while being a full-time student and a full-time worker, alongside using only public transportation – just as many residents in Parramore also do.

A (cont.): “[Now] My program is actually in [UCF] downtown, so I don’t have to step foot on main campus. So it really is a bittersweet moment because I am a UCF student, and I am seeking a degree, but at the same time I personally can see the effects that are happening because of the University presence. When you look at it from there, my main thing is –  I don’t want the community present here [Parramore] to be silent or to not have a voice about what is going on in their community. What I mean by that is: listen to what the community has to say, because their voice matters when talking about the things that are happening in Parramore. One of the issues we heard of before UCF got here was that some of the professors were afraid to come here – that they were worried about the crime in Downtown and some of the issues going down here in Parramore. I think that threw the community off, meaning, we’re numb to this. [And] It still affects us, as people who grow up in the area – I mean this [crime] is not something we enjoy either. Right now, I would like to see my community take advantage of these opportunities. I think there also needs to be an understanding that the community is not looking for a handout. The community is looking for the chance to have opportunities to take advantage of the resources that are coming. We are not looking for a savior, although I think some people may look at Parramore like that.”

The interview I conducted with Parramore resident Sasha Mills revealed the intersectionality between a university presence and the processes of gentrification. However, Sasha also presented the argument that an institutional presence within marginalized communities is nothing new. Parramore residents are familiar with these types of influences and have developed a belief that any additions to their community are not created for their benefit. The culture of Parramore, being one of genuine loyalty, has formed in response to these impeding influences and the historical betrayal this community has experienced. Despite this reality, Parramore has dedicated community partners and impassioned residents, such as Sasha Mills, that work every day to improve the lives of their friends and family living in the neighborhood.

Parramore, Orlando is a community of fortified individuals whose care for one another has withstood consistent change. In the years to come, one of my hopes is that more Parramore residents will be able to share their perspective and make their concerns heard – starting here. 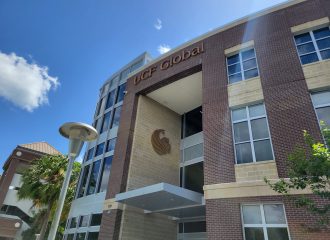 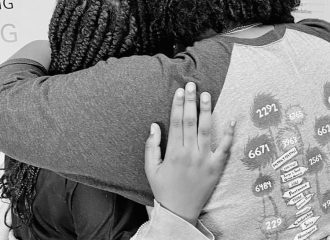