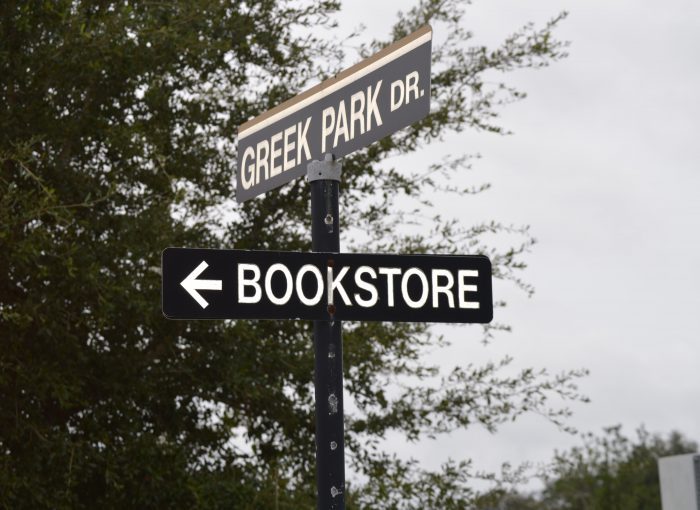 Within a school of over 67 thousand students, we are all searching for a place where we can belong. For ten percent of college students, and sixty percent of my family, that place is within the four walls of a fraternity or sorority house.

If you ask, reasons for joining a social fraternity or sorority in college range from wanting to be involved in the community, to wanting to make true friends, to wanting to make connections and network for post-college. Each of these reasons are familiar to the almost 800,000 current active members of fraternities or sororities in the U.S. Each of these reasons are true. But if members of Greek life give these answers for why they chose to join their Greek organization, why is it that when you ask someone else who is not a member of a sorority or fraternity why they think people “go Greek,” they often cite reasons such as accessibility to parties, drinking, and popularity?

This stigma plaguing social Greek organizations is perpetuated by Hollywood, news headlines, and Instagram feeds, but it wasn’t always this way. Greek organizations arose in the 19th century to give male students a chance to socialize in a comfortable space, away from dorms and class. Soon after, the first women’s fraternities—now called sororities—started with Alpha Delta Pi. In the mid-20th century, fraternities began becoming more inclusive with members to better represent the student body at their universities. They also started a process that is now called “recruitment” or “pledging,” which is a way for fraternities to continually gain new members so they can maintain the cost of their chapter houses.

This is closer to what we know fraternities as today. Now, the recruitment process lasts around a week for most sororities, and sometimes months for fraternities. One member of a sorority at UCF stated she “pledged” to her sorority because she felt that they were genuine and “were interested in getting to know [her],” rather than making her feel like nothing more than a cash cow. This may seem obvious—sororities recruiting new members should be genuinely interested in the girls they give a “bid” to—but that isn’t always the case. Another sorority member of a different chapter said that during rush week the girls speaking to her forgot her name—twice—but that same sorority still asked her to return the next day. Finding a place that feels genuine is something that almost all interviewees stated as reasons for why they chose their particular sorority.

For fraternities, this pledging process is well known to be rigorous and emotionally taxing. It is one that often involves hazing, despite UCF’s no-hazing policy, which is enforced during an anti-hazing week every year through anti-hazing seminars and training. However, at UCF, the fraternity Sigma Chi is currently suspended due to hazing. Why do chapters continue to haze even when they know it’s against the rules? One member of the Interfraternity Council said that the recruitment process “is hard, but it’s supposed to like, make them a better man.” Is making pledges stay out all night and forcing them to drink themselves into oblivion really making anyone a better man? The fact is, many college students who are being hazed have been conditioned into thinking this way, and into thinking that hazing is somehow part of the process. Nine out of ten college students who have experienced hazing do not consider themselves to have been hazed.

This vicious pledging process is no secret. It is standard for many fraternities across the nation, and yet new members still pledge every semester—because they want to be a part of a community. They want to have a place where they know they belong, just like everyone does, and for them, this process is worth it.

But it shouldn’t be. No one should be forced to do anything they don’t want to do. While no one is forcing anyone to join a fraternity or sorority, the need to fit in at a place that is so big and so scary can be overwhelming, and the effects of peer pressure can be suffocating to the point that new members would do anything to fit in. Some members even die because of it.

In 2017, four fraternity pledges across the nation died due to excessive drinking. Should UCF wait until tragedy strikes our own door before our administration decides to do something about it? One member of a sorority at UCF suggests a private hotline for students to report to when they feel unsafe within their sorority or fraternity (there currently exists an anti-hazing hotline that requires students to give their name and contact information). She also suggests that every fraternity and sorority at UCF give a detailed report to both the administration and to prospective new pledges on how they plan to recruit and what the pledging process for their chapter entails, in order to ensure accountability and transparency.

However, some may say that UCF’s administration is already far too hard on the Greek community. Recently UCF’s administration has considered shutting down tailgates on Lake Claire, where fraternities hold their tailgates, because of the mess that is left behind afterward. Some members have said that it’s because UCF hates Greek life. This is not true.

UCF has a history of punishing sororities and fraternities when they have indiscretions. They have even gone so far as to remove chapters from campus completely. But UCF often gives chapters several chances, hence why they often only suspend the organizations. On UCF’s website, they claim that “Hazing has no place at the University of Central Florida.” If hazing actually had no place at UCF, then fraternities would have no place at UCF. UCF has let a lot of things slide on campus by simply turning a blind eye. Hazing is an accepted reality to Greek Life, particularly to fraternities, not just here but on every college campus. One sorority member even said, “It’s unfortunate that hazing has to be a thing.” Hazing is more than an unfortunate circumstance, it is a psychologically and physically damaging cyclical process. When one person refuses to speak up, it opens the door even wider to allow it to happen to the next person, and then the next. And when new pledges finally survive the process, they repeat it because they now feel superior and accomplished for having made it through such abuse. UCF does not hate Greek life, in fact, they condone it.

This isn’t to say that UCF isn’t trying to curb indiscretions. The sorority Alpha Delta Pi got put on suspension this semester after their group message got leaked containing evidence of doing homework for money and underage drinking. Suspensions are meant to serve as both a punishment and a warning to other chapters of what could happen to them, but it seems it never really sinks in until it does happen to them. One member of ADPI said that this incident isn’t one that her own sorority is just “going to dismiss and say ‘it’s no big deal,’” and that she feels that they “have learned from it.” When it happens to your own organization, it is easy to see how serious these things really are. Another member of a previously suspended sorority on campus said something similar, that her own chapter “is more careful, [they’re] a lot more strict on [their] rules.” For these chapters, they know the severity of their actions, and they don’t ever want it to happen to them again. Yet it is something that is happening again and again at a Panhellenic and Intrafraternity Council level. In the short time I’ve been at UCF, a new sorority or fraternity has been suspended for various reasons as frequently as every year or even every semester. At this point, it feels almost habitual. Is suspension really effective if it only makes that particular chapter more careful? And if suspension isn’t an effective form of punishment, then what’s to stop fraternities from hazing?

I understand that a lot of what goes on in sororities and fraternities is a result of young kids having freedom for the first time in their life. They test the waters and see what they like, they drink, they smoke, and they party. Many college students do these things, whether they are part of a Greek organization or not. There are also incredible men and women on this campus who represent their chapters by being involved in the community; they raise thousands of dollars for charity, they get good grades, and they go beyond what is asked of them. I am friends with some of these people. My mother was this kind of member, as are both of my sisters. I am not advocating for the eradication of all Greek life—it serves a fundamental purpose in giving young adults a space to grow. But there is a serious problem right here at UCF, a problem that is so widely accepted, no one even sees it as a problem anymore. When we pretend that hazing is a thing of the past, we allow our youth to be bullied and abused. We cannot allow ourselves to continue on the path we are on and become complacent. We need institutional change—whether that looks like recruitment reform or a private hotline—it is up to our administration and members of the Greek community that are willing to stand up for a change. Greek life, in its current state, is not healthy, and we must do something before it’s too late.

If you or someone you know is being hazed or feels unsafe in their fraternity or sorority environment, it’s never too late to speak up. Here are some options for how you can get help: