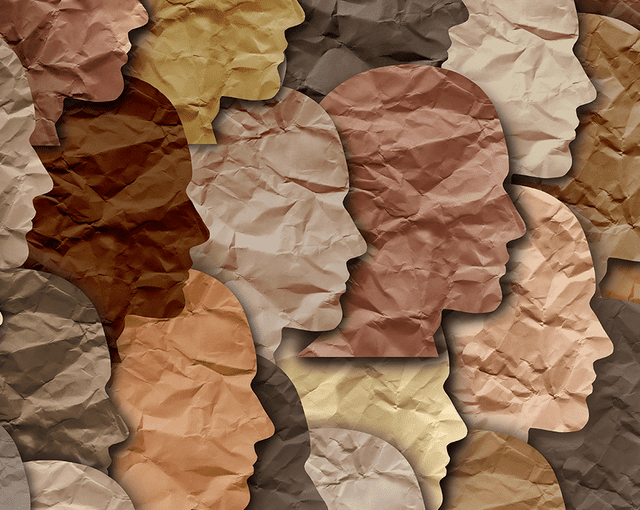 I remember the moment I realized what it meant to feel black. It wasn’t when I first moved into the dorms in the crowded summer of ‘17 and was the only black person in my suite. It wasn’t when I started attending smaller classes and would be the only black person in the room. It was when I had walked into a crowded bar full of people, ready to lose myself in the frequencies of shoegaze, and the only other black person in the room exclaimed in shock when they saw me, because I was there too. It was when I realized everyone else in there was looking at me too, because I looked different than them.

In Zora Neal Hurston’s essay, “How It Feels to be a Colored Me,” she writes: “I feel most colored when I am thrown against a sharp white background.” I have always loved being black. On good days, I love the tight curl of my hair, and the way my skin glows gold after a day in the sun. I grew up in the melting pot that is South Florida, and everyone I knew was a person of color. I had always understood the social burdens of it, but I was fortunate enough to live in a bubble of faux-equality. In my school classes, there was never more of one race and less than another. It wasn’t until moving to Orlando, that I truly felt black.

There are two things about my Black experience that I’ve noticed in my years of going to school here. First, in the early years, just when being “woke” was becoming popular, people were trying to push diversity just to say there was some. I recall a specific incident at a school club I will not name. A friend and I, the two only black people in this club at the time, sat and watched as its all-white board of officers gave a presentation telling us about what it meant to be black in a certain community. I had raised my hand to point out an error that they had made: leaving out one of the biggest and only black celebrities that were in this community. The officer who was presenting the slide then pointedly told me that they didn’t include this celebrity because they didn’t feel like his identity was valid in their eyes.

I immediately knew that they didn’t get it, because in anything and everything, the Black experience is always different than the white one.

Of course, this was years ago, and many things have changed. This brings me to the second thing that I’ve recently noticed and still currently go through. In communities or scenes that were never diverse, but are now starting to become diverse, non-people of color do not know how to treat black people.

I have always loved indie music. Growing up, because I spent all my free time on Tumblr and watching teen movies, I idealized the life of going to shows in the city. In 2019, right before the pandemic hit, I got to live my dream for a while. When I went to my first show, I quickly realized that I had romanticized the scene a bit too much. I would always be the only black person there. I would get blatantly stared at, or blatantly ignored. Lead singers would make their rounds to the groups of pretty white girls to flirt and fraternize, and when they came close to us, they would look at us and turn away. Did I want to be flirted with? Of course not. I wanted to be acknowledged. The only thing separating me from everyone else was my skin color. The act of this reinforced the reality that in predominantly white spaces, our white counterparts are always chosen and desired over us, and it creates such a hostile environment.

At first, I thought it was me. Maybe I was weird, or unattractive, but that wasn’t the case. When I had shared my story to friends on twitter, my BIPOC mutuals immediately said that they’ve had the exact same experiences. Like before, I removed myself from this environment and started going to shows elsewhere, where there were other people of color in a more intimate, comfortable setting. I had finally felt comfortable in the scene, but this feeling was short-lived because the pandemic hit shortly after.

While removing yourself from a situation like this seems like the only thing to do, it shouldn’t be. People of Color should not have to endure hostile environments just because they want the same fun experiences as their white peers.

But I do believe things are starting to change for the better. After returning to Orlando from a year at home, I noticed that things are becoming naturally diverse. I’m not the only person of color in my classes anymore, and in school clubs, both the officers and the attendees are equally diverse as well. I had recently gone to a show on top of one of the school parking garages, and although I kept my distance, I could see that there were more people of color there than there was at all the shows I’ve been to combined.

Response from the Editors:

We all have a part in creating a space that is inclusive and welcoming of all people. It is especially important that we honor the core values of the UCF creed like Community, which states that we should all strive to “promote an open and supportive campus.” This university is home to so many different people from vast backgrounds and distant places. While we work to create more opportunities for earnest inclusion we pray that lip service alone is not accredited as effort. All of our experiences are valid and vital to who we are as people. Promote one another’s experiences, identities, and seek inclusion wherever you go. When we do this, Community can be attainable.