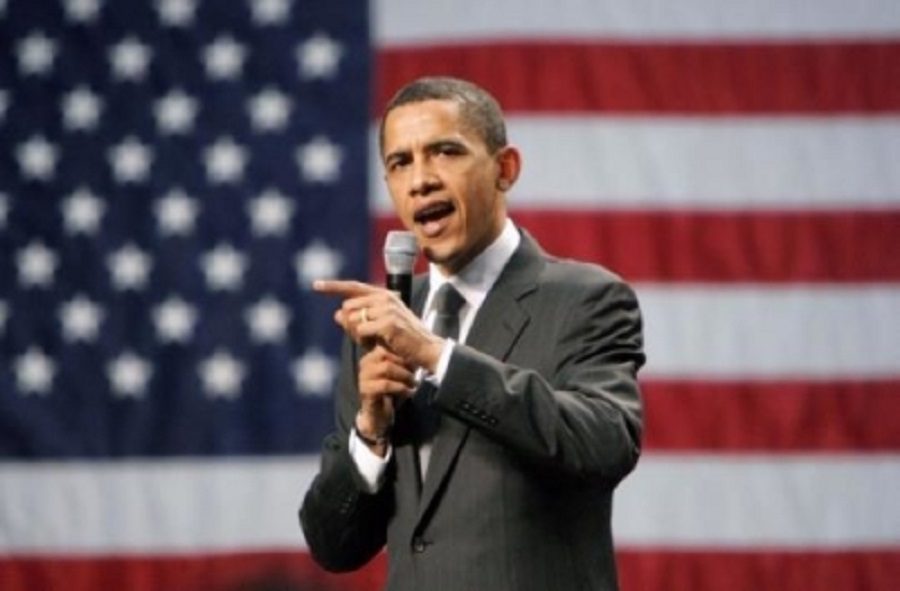 On January 20, 2009 Barack Hussein Obama became the 44th President of the United States of America. He came into office amidst the high hopes of the people and great promises of change for the better. Three years later and critics say those high hopes were naïve optimism and those great promises were just pandering.

Based on the “humbling” of President Obama’s Democratic Party during the 2010 mid-term elections, and the Republican opposition seizing control of the House, it would appear that significant numbers of Americans agree with the critics. However, it is important to remember that President Obama inherited a severe economic crisis at home and two costly wars abroad. Whether or not the mid-term election reflects an absolute rejection of the Obama Administration and its policies, or frustration with the situation he inherited will be seen after the presidential election in 2012.

In many ways President Obama’s administration is still in the shadow of the previous Bush administration which created (or exposed) deep rifts in American society; specifically, President Bush’s invasion of Iraq, his handling of the war in Afghanistan, and his treatment of prisoners taken in the so-called “War on Terror”. Central parts of Barack Obama’s platform as a candidate were ending operations in Iraq and Afghanistan, and closing down the prison camp at Guantanamo Bay.

Unfortunately, many of these campaign promises proved hard to keep. In Iraq, no real withdrawal began until February of 2010. Even then it was largely ceremonial and in the form of “ending combat operations”. In spite of combat operations being officially “over,” 50,000 American troops remained in the country. Total withdrawal was not even scheduled until October of 2011. Even then setting the date for withdrawal only came as a reaction to the Iraqi Government’s refusal to grant immunity from prosecution to American Troops in Iraq(1). The administration simply seized the chance the refusal presented and promptly announced the withdrawal would be over by December.

During September of 2011 the U.S. embassy and NATO headquarters in Kabul Afghanistan was besieged. The attack on one of the most secure areas in the country rattled the populace. Previously in June President Obama announced the withdrawal of 10,000 U.S. combat troops from the country by the end of 2011 with 23,000 more in 2012. The U.S. presence in the country is scheduled to be ended entirely by 2014. The Obama Administration’s most notable success in the region was the death of Osama bin Laden in May 2011.

There is obviously a great deal of legerdemain between the American public and the administration in regards to both of these conflicts. Admittedly, it is highly unlikely that a member of the public can find a politician that doesn’t resort to such ploys. President Bush’s famous “mission accomplished” announcement in a flight suit springs to mind.
How objectionable one finds these public relations tactics to be is most likely a matter of whether one thinks President Obama’s primary task in these two wars is to win them decisively, or end them. Inarguably many Americans think ending the wars to be worth whatever face lost in a stalemate or worse. A realistic (albeit cynical) point of view is that an Iraq and Afghanistan paralyzed by internal discord and too weak to act beyond their borders are no threat to the United States or its interests and therefore count as victories, of sorts.

In the interests of fairness it must be noted that the body count for U.S. service men in both wars since he took office is 1,459. In comparison the casualties during Bush’s years in office for the Iraq War alone come to 4,221. Additionally these were inherited wars and President Obama initiated neither of them. The question before the American people during 2012 is not whether they approve of these wars, but whether or not they approve of how President Obama is ending them.

It is in the light from these conflicts that we have to consider Barack Obama’s other foreign policy decisions, particularly those concerning the Middle East. During President Obama’s tenure the Arab world saw popular uprisings against dictators across the region. Collectively known as the “Arab Spring” these uprisings caught the administration by surprise.

While the Arab Spring was relatively peaceful in places like Tunisia and Egypt and the United States stayed on the sidelines—wisely in Egypt as the U.S. was the major source of money and munitions for the regime—Libya and Syria would prove to be far bloodier and in Libya’s case would actually involve U.S. military force.

European members of NATO would take the lead in ousting Libya’s Gadhafi. The U.S. under the Obama administration came in later, and hesitantly. Waiting so long may have made the bloodshed worse as early on in the rebellion the Libyan rebels had succeeded in seizing many key sites. The delay between talk of support and the delivery of it may have cost more lives as the regime recovered and fought back, and though Gadhafi would eventually fall it would take months.

In Syria a similar situation has arisen. There is popular unrest against a dictatorship and open fighting in the streets. Once again a long time U.S. ally—in this case Turkey—has begun supporting anti-government demonstrators while the U.S. government merely talks about support. It is too early to say whether or not Syria will turn out the same as Libya. However, the U.S. could likely be more supportive of changing the regime with little cost for doing so.

Barack Obama can be forgiven for this reticence. As someone elected to bring wars to an end it is understandable why he would seek to avoid involvement in any new ones. Even if there is a ground swell of support for regime change in the population of those countries. Furthermore what happens abroad is normally a secondary consideration for most Americans.

What truly matters to the U.S. electorate is what happens at home. Above all else it is the economy that preoccupies the American voters. Like the wars President Obama inherited an economic crisis from President Bush. How he has handled the America’s financial crisis will be what matters most on Election Day.

The most notable economic measure the Obama administration has taken has been “The American Recovery and Reinvestment Act” or ARRA. It is more commonly called “stimulus spending” and it has proven controversial. The actual economic impact has been mixed—and in truth delayed—as the infrastructure projects financed by the act have been slow to start. The organizational lead up for large scale construction projects proved to be more than expected. What has happened created is a widespread perception of government waste and bail outs for the companies and wealthy executives whose irresponsible business practices created the economic crisis(2) in the first place.
That perception is not exactly true.

Undoubtedly, there have been those who’ve unjustly profited from the ARRA. However, the ARRA is being confused with the earlier “Emergency Economic Stabilization Act” of 2008 more commonly called “the bailout”. In that bill money the government spent did end up paid out as bonuses to executives of companies that they’d lead into bankruptcy. That these bills overlap in the public mind is most likely the result of the opposition Republican Party and is outrageous considering that “the bailout” was created and signed into law under the Republican President George W. Bush.

The first truly honest criticism that can be leveled at Obama after being President is that in searching for the best solution he takes too much time and misses opportunities. In Afghanistan, his generals had to wait for six months before the administration announced any plans for the country. During the Arab Spring, the White House seemed determined not to get involved until the Europeans and the Arabs forced it into action. While foresight and planning is admirable and necessary the ability to reach a decision quickly is critical in a leader.

Secondly, as a candidate Barack Obama was a media darling (3) at least amongst traditional sources (4). Unfortunately, this has continued throughout his presidency. Barack Obama called for more transparency in government (5) as a candidate, and one of his first acts was to set up a staff for the Open Government Initiative (6). Despite this his administration has punished government leakers more zealously than all previous presidents combined (7). It is possible that Obama’s White House is the most secretive presidency eve r(8). In stark contrast to his actions President Obama won an award for government transparency which was accepted in private and kept secret for most of week (9). If President Obama was a different man the traditional media would be working itself into frenzy over these facts.

Perhaps in order to make up for this alternative media outlets are hysterical in their opposition. As previously mentioned the “stimulus bill” is often unfairly conflated with President Bush’s “bailout”. Less mainstream but no less persistent are those who insist that Barack Hussein Obama was born in Kenya and is not a native U.S. citizen and therefore not legally president. These “birthers” have persisted even after the public release of the presidents birth certificate (10). There is also a widespread belief that President Obama is also secretly a Muslim (11). Legally irrelevant—according to the Constitution—and completely unsupported the rumor still persists and still garners attention.

These two extremes of reporting have made it very difficult for average Americans to have a clear view of their President and his policies. This is only going to grow worse as the 2012 presidential campaigns truly get underway after the New Year. Obama’s reelection campaign has so far centered on the “American Jobs Act (12)” which was killed in the house as of October (13). Whether his re-election campaign will focus on new legislation, or pinning the blame for unemployment on “a do nothing congress” is still anyone’s guess.

On the whole Barack Obama was a politically inexperienced outsider elected to the highest office in the land. He falls far short of the hype and the messianic pretensions that surrounded him during his first campaign and first days in office. Then again, every mere mortal would. If he has fallen short of expectations what must be remembered is that he ascended to high office with no experience on a national scale, nor executive government experience of any kind. The real question that confronts U.S. voters is whether he’s learned enough from his first term to qualify for a second.