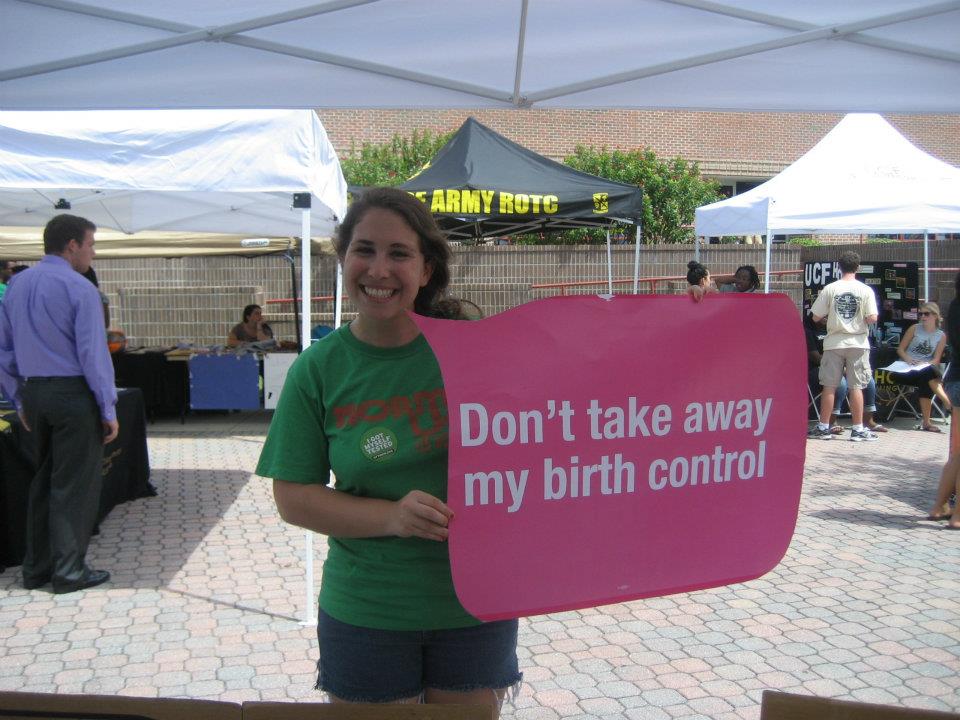 Two hundred and twenty-five dollars. That’s how much my roommate’s abortion cost. She got pregnant by her boyfriend. She wasn’t raped, nor was she molested. She just forgot to take a pill.  She miscounted, and she missed a period.  Because she felt chubby, she took a pregnancy test to give herself peace of mind. When the double bars showed up three minutes later, the stick hit the floor and so did she. It took ten minutes to convince her boyfriend it wasn’t a prank, and then they drove to the campus health clinic for an official blood test which came back positive.

I walked in on them sitting dazed and swollen-eyed on the living room floor. They sat in silence for another day before they confirmed their decision and shared it with me.

The following Monday she went in for her sonogram. Another two hundred dollars up front to abide by the state mandates. Nine weeks and four days along. That’s four days too far to be eligible for the abortion pill, chemically known as mifepristone. The next option is to scoop out the embryo like an ice cream ball.

So scoop they did just a few mornings later. Pro-life/anti-choice picketers marched outside blaming the pregnant girls. Oftentimes these protestors will threaten to record the people entering the clinics with video cameras and post these videos online to shame them for what was probably intended to be a private and intimate decision.  Protestors have also been known to make absurd promises to abortion seekers, such as swearing that they will financially provide for the infant when it arrives. But my roommate was undeterred.

When she finally got home from the procedure, she was dazed for hours. It took at least another day or so before she was back to full awareness and could put a completely cohesive sentence together.  Seeing her wobbling and stumbling through the rest of the day, with her eyes barely responding to light, terrified me.  Neither of us had any more money to afford food or gas.

Almost five hundred dollars in the hole and both of us going hungry so she could afford her legal right to choose.

Her legal right to choose took place just four days after the 39th anniversary of the Roe v. Wade trial’s conclusion, in which the prevailing legislators ruled that our right to privacy under the 14th Amendment of the U.S. Constitution includes a woman’s (and now possibly trans men’s) decision to terminate a pregnancy. It was also ruled that a pregnant person’s right to abort should maintain symbiosis with the protection of prenatal life and the health of someone who is pregnant. The court ruled that it is a person’s right to abort until the cluster of cells growing in the womb are viable, or have the potential to survive meaningfully outside of the uterus, which is approximated at 28 weeks.

Why is something that is legal and can have a beneficial affect on the safety and protection of people, particularly youths, so difficult to acquire and/or to utilize? Many anti-choice organizers have voiced the opinion that they do not want to reward those people who engage in premarital sexual behavior and get pregnant by letting them have an easy out..

Yet, women and men all over UCF’s campus are sexually active.  My roommate is not the only one who has found herself with an unplanned pregnancy.  It is negligent of our government and the legislators we voted into office to sit by and let these reproductive costs rise so high that we have almost zero control of our reproductive and sexual health.

Another young woman, we’ll call her Amy, studying at UCF, shared with me her story of her best friend’s abortion experience. Her friend was also not molested or assaulted, but became impregnated by a young man she had been seeing casually for a month or so. Both of these individuals are UCF students and were having difficulty finding affordable abortion services and preparations in the area surrounding UCF. The nearest centers offering abortion services are in the downtown Orlando area, which is becoming a more and more expensive trip with toll prices and the ever-rising gas prices.

Amy’s friend drove downtown to spend approximately two hundred dollars of her hard college-earned cash on a service not available near home.  However, upon receiving the sonogram results, it was determined that her pregnancy was not too far along, so the abortion pill was her course of action.  Although this way is less invasive and less stressful because it is not surgical, it was definitely as expensive.    This pill cost three hundred dollars and didn’t include her multiple visits to the abortion clinic, or the gas it took to get there, or the hours missed from work and school because the clinics could not and cannot afford to stay open long hours on weekdays or weekends.

Amy drove with her friend to pick up the prescribed dosage and then brought her home, where her friend prepared for a medically induced abortion that bore a remarkable resemblance to a very elaborately experienced miscarriage. After taking the second pill in the medically induced abortion series, it began slowly and mildly, but over the course of the night the pains became more violent. Her body was racked with shakes and shivers as she bled steadily and heavily.  Amy was the sole caretaker and attempted to keep her friend clean and cool. Neither of these young women slept that night.

After both the medically induced abortion and the surgically executed abortion are completed, there is also the necessary follow-up visit, sometimes more than one. These absolutely essential return visits to the clinic continue to rack up the charges.

As previously stated, the UCF college experience—actually, any college experience—includes an active sex life for the majority of students. For many students there is the general inability to make ends meet when only concerned with groceries, gas, rent, and college tuition. Tack on outrageous expenses for reproductive healthcare and abortion services and there is the undeniable struggle to afford anything else.

Sex or the bare necessities? With many students giving into the natural instinct of sexual expression, this isn’t a logical or feasible division of funds. One or the other isn’t going to cut it. During a time that is fraught with financial insecurities, there needs to be access to affordable reproductive and sexual healthcare to either prevent pregnancies in the first place or to terminate unplanned pregnancies when they occur.

Student organizations such as VOX, the National Organization for Women, and the College Democrats host many events outside UCF’s student union to raise awareness about affordable and accessible birth control and abortion options, so there is perpetual exposure to UCF’s student body.

Approximately 1.3 million abortions are performed annually in the United States, and it is estimated that forty-five percent of these abortions are obtained by women in college. UCF students, like my roommate, rely on affordable healthcare that is nowhere to be found, and then must deal with the unlawful consequences when they do not have the funds to exercise their legal rights. Multiple young women and young trans men in your classes, student organizations, or in campus Greek life, have probably procured an abortion at one time or another, and an even greater majority is seeking more affordable birth control options. This lack of affordability affects everyone, directly and indirectly. It’s bad enough to only afford chicken noodle soup because tuition rates have risen.  Going hungry for lack of an affordable human right that one should receive by default is preposterous.