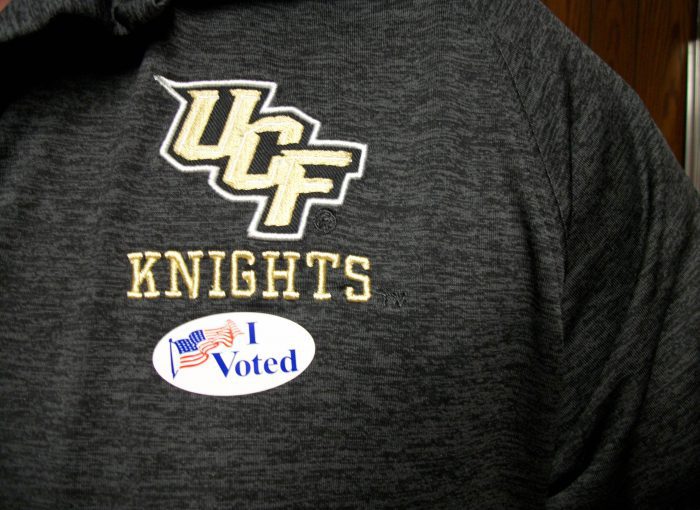 College students are among the most vocal political forces in the United States. We often involve ourselves in rallies and protests as well as support organizations that share our values. Most Americans between the ages of 18 and 24 tend to be more liberal than the general population and this has made us strong and consistent supporters of progressive policies. But no matter how involved we think we are, we tend to miss the most crucial part of the political process: going to the polls and voting for candidates. The US Census Bureau found that fewer than half of all registered 18-24-year-old voters made it to the polls in 2016. Our disillusionment with the political system is simply unacceptable to our interests as college students. Because of this low turnout, many politicians turn a blind eye to problems that we face because we don’t hold them accountable.

The College Board reported that tuition costs for a four-year public university have increased from $8,160 per year in 1976 to just over $20,000 in 2016. The increase for private four-year colleges was even greater, going from $16,760 in 1976 to $45,370 in 2016. This absurd amount of money that students are forced to spend on tuition is causing a monumental debt crisis. The total student loan debt in the US currently sits at $1.2 trillion and accounts for 6% of all US debts according to Forbes. That sum of money is larger than the economies of most countries. In addition to ruining many young peoples’ credit, this debt presents a huge financial risk to our lenders. The number one lender, by the way, is the US tax payer who fits the bill for around $1 trillion of that $1.2 trillion sum. Despite these alarming facts, many politicians in the 2016 campaign had no concrete plan on how to address this credit crisis. The exception is Vermont Senator Bernie Sanders, a supporter of tuition-free public college, whose campaign saw just how valuable college students can be in challenging the status quo. Future college voters need to make sure they research which policies the local representatives and Senators support when it comes to reducing tuition costs. If it’s not part of their platform, they do not deserve your vote.

The University of Texas at Austin found that 52% of millennials supported measures to curb the use of fossil fuels such as coal and oil. More than 9-in-10 believed that climate change was real and progressing. Despite this strong view by a large part of the population, American politicians have a much different one. The Center for American Progress Action Fund found that 144 representatives and 38 Senators of the 114th Congress (the one before Trump was elected) were climate change deniers. This equates to about 28% of all Congressional representatives. Meanwhile, the Pew Research Center tells us that only 20% of Americans say there is no evidence of climate change. Though this difference of opinion is small, it does mean that when we don’t vote for candidates who recognize climate change as a risk, no actions are taken to stop it. If climate change is as drastic of a threat as we think it is, then we are resigning ourselves to deal with these natural disasters in the future if we do not rally behind candidates who share our foresight.

An article in the Huffington Post published back in 2011 proposes that school days should be shorter and students allowed to be more physically active to improve mental and physical health. Proposals like this are favored heavily by college students. However, our voting turnout for local offices like school board members is even worse than our turnout for the presidential election. With the US education system trailing behind other industrialized countries, we college students must vote on this issue so that our younger siblings and our children can have better schools than we did. During the next school board election in 2018, it would be worth our time to quickly research who is in office, who is running against them, and what each of their policies are on school reform. This way, we can choose candidates who take education as seriously as we do.

Voting is an inconvenience to some but a privilege to all. It is absolutely necessary that everyone who can vote does vote. This is the only way we can reform and strengthen our troubled democracy.