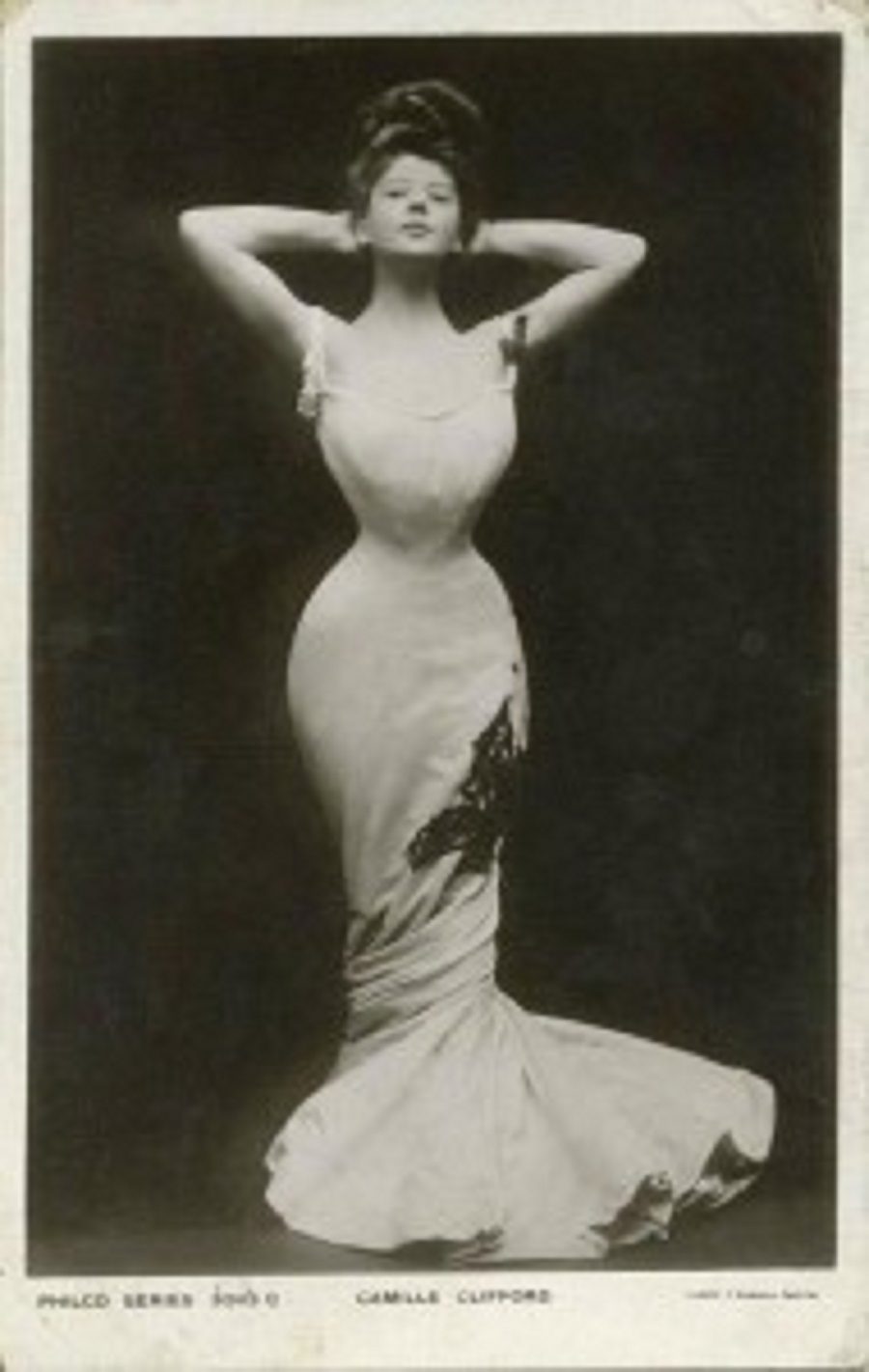 I can’t stand it any longer. This giant conspiracy that would put a James Bond villain to shame. It’s on billboards, web ads, magazines and TV. I’m talking about the notion that men prefer skinny women.

It’s not true. It’s one giant sales tactic that has altered the entirety of Western culture. It needs to change, a change that will have to start with women like you reading this article and guys making a stand to bring voluptuous back. First, I’d like to figure out why we lost it in the first place, starting a mere one-hundred twenty years ago.

In the 1890’s, a sketch artist named Charles Dana Gibson drew pictures of his ideal women with curves. This new “Gibson Girl”, as it would be known, set a style trend, most famously matched by actress Camille Clifford. As you can see, it encouraged a large bosom and behind with a corseted waist. Things became more masculine as women wanted to be seen as strong during wartime. Women would become progressively thinner, but they still kept their curves as shown by Marilyn Monroe during the 1950’s.Twiggy, however reset the standard with the super thin frame in the 1960‘s. Though not entirely due to Twiggy, the curvy ways of the early-century women have not been mainstream since.

I talked with three UCF students the other day about models. We will call them Brooke, Lindsay, and Joana. I asked, “As a woman, how do you view runway models?” Each had a very different perception. Brook said, “I look down on runway models because I feel like they are always struggling with their weight and looks and need to be perfect. I don’t look up to them as a role-model by any means.” Looking for Lindsay’s response, she said something quite the opposite. “I usually view most of them as beautiful. Looks like I am another victim to this media trend.” And as if to mediate the two of them, Joana replied, “I kind of don’t think anything of them. I don’t think they are beautiful, but I don’t think they are ugly. I think they are women who are trying to keep up with an idea of beauty that is constantly changing.”

The life of a runway model is a difficult and often unhealthy one. They are pressured to maintain the skinniness of a young girl while the rest of their body wants to grow up.  Any women admiring the look of a runway model should be aware of these facts from PLUS Model Magazine:

I’m a Barbie Girl, In a Barbie World…

Obsession with your looks does not ensure you’re attractive. Many women grew up playing with Barbies, a pretty pink doll that tapped into their early sense of femininity. But to actually look like a Barbie doll would be absurd, or, maybe not.

Meet Valeria Lukyanova, a Ukrainian model sensation and a leader of a new “living doll” movement with the goal to be a human doll. Breast enlargement is the only thing she admits to, though unconfirmed rumors include rib removal for a smaller waist.

She has an amazing facial structure and applies makeup in a near perfect manner. To many men, including myself, she is very pretty, though in a forced way. But such a lifestyle oriented around an ideal carries with it several heavy burdens to a suitor:

A Bit of Honesty

Surprising to me, all of my female interviewees said that other women are the more influential of the two genders. Many want to look good for the purposes of inciting jealousy, attracting more men than other women, all the while fearing negative judgment from other women. This fuels the need to outcompete, and gives way to the “beauty” industry.  As one of my male friends put it, “…there are many industries with large investments in keeping women unsatisfied with their bodies.”

Forget the competition, what do men want? We don’t want what high fashion wants, nor what some cleverly crafted “true beauty” campaign insists women should be.  We want a woman with personality, a zeal for life, and an involvement in things she is passionate about. Eye contact. That is sexy. We want you to make the first move. The other day, I came upon a woman who I did not find the least attractive. But then she asked me a question about something I was carrying, and a fun discussion ensued.  She made me laugh, and I loved her smile.  My judgment melted away. Right now, I regret NOT giving her my number. I made a complete turn around and she was in control. It’s mind-blowing. We, the right-minded guys at least, don’t want or expect a woman to be all about us.  You don’t need you to be obsessed with, or even care about, my favorite sports team or “own” at Halo 4. But taking an interest in our lives means so much. Don’t let the movies fool you. We don’t just want sex. We want kindness, too.

In recent years, three of the most admired ladies, by both men and women have appeared, each with massive curves that has the industry reexamining itself.

Christina Hendricks, a star in Mad Men, has exploded with popularity and is ranked as one of the most admired women.  Sofia Vergera, Colombian born model and star of Modern Family is always making headlines for eye popping curves.  Kat Dennings, the somber comedian, has starred in movie after movie despite being labeled as too fat to make it in the industry.

Don’t be discouraged. You aren’t as far from your goal as the beauty industry wants you to think you are. In fact, you are probably already there. Remember, the goal isn’t to see zero on the scale. There are so many types of bodies out there and guys are much more accepting than the world would have you believe. Hopeful you have a great guy who knows this and if you don’t, know most guys don’t live with the same cultural pressure to judge ourselves and are just happy for you to say, “Hi.”