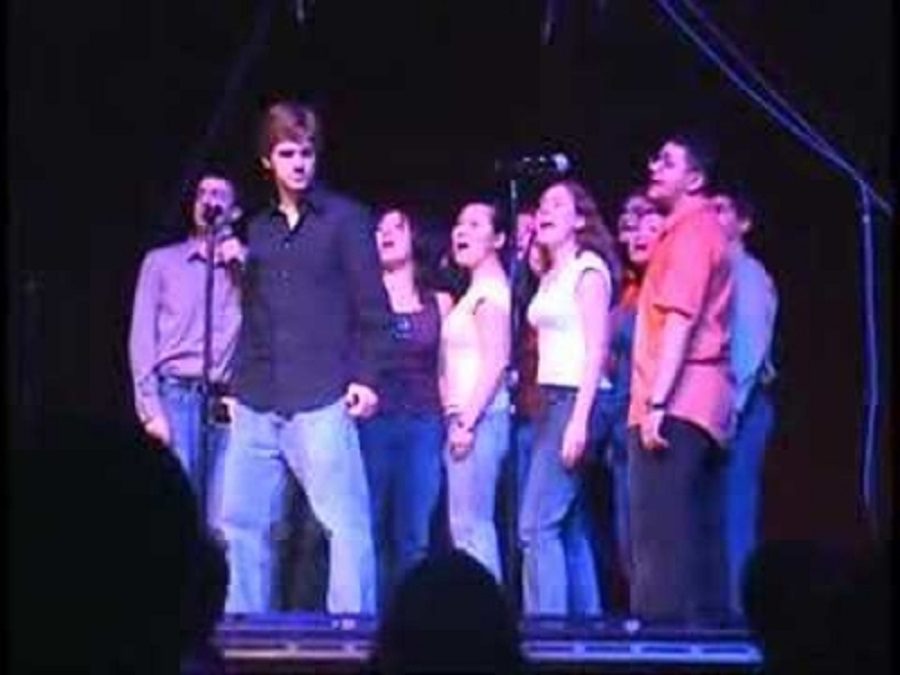 Q: Where can you find a room with a nursing student, an aspiring theater educator and a writer creating music together without any instruments?

A. This sounds like the beginning of a bad joke.

B. At Knight Library, using their drunken wails and high fives?

C. In room 235 of the UCF music building, where members of an umbrella organization, Contemporary A Cappella, get together every week and rehearse for their upcoming concerts.

As students at the University of Central Florida, we’ve pretty much got it figured out by now, and quizzes like the one above are no news to us. We know where our classes are and how to find cheap food on campus, but now what? You wake up, go to class, come home, study and go to sleep, but there’s just no fun in that. (By the way, the answer is C.)

Jamila Tyson, Allie Shernoff and Meagan Cahuasqui, members of Contemporary A Cappella and more specifically, KeyHarmony, recommend getting out there and trying something a little different.

Last year, Jamila Tyson joined KeyHarmony, one of the four a cappella groups at UCF that fall under the supreme rule of CAC. She’s a sophomore nursing student with a passion for singing. When Jamila found out about CAC, she tried out for the other groups and accidently stumbled upon KeyHarmony. “It was the best accident that has ever happened to me.”

Allie Shernoff and Meagan Cahuasqui had it a bit differently. When they tried out as freshmen for CAC, there weren’t enough groups to accommodate all of the talented musicians that were auditioning that year. About ten of the auditioning girls formed a brand new group- and thusly created the all-female group known as, “KeyHarmony.” Allie and Meagan are two of the founding members of KeyHarmony and recently graduated this past spring with dreams of becoming a drama teacher and a writer, respectfully. Just like many of the graduated members of CAC, they’re very sad to leave and they always support their groups as alumni as much as they can. Allie is even starting a professional a cappella group in South Florida to try to, “fill the void.”  A cappella is a great extra-curricular activity that can turn into a hobby after college, and maybe even a lifetime. “It truly made those four years as an undergrad the best years of my life,” says Meagan.

Although all of the members are very different, they have the similar feelings about what they’ve received from being in an a cappella group. From their years in CAC, they have developed irreplaceable teamwork and leadership skills. There are several positions of power within the organization, including music director, president and social chair, Jamila confesses, “Being in an a cappella group has helped me listen to other people. It has also helped me grow with constructive criticism.”

In CAC, all of the a cappella groups, Crescendudes, KeyHarmony, So Noted and Gemini Blvd., participate in at least two showcase concerts together every year. However, that’s not all they do. Meagan says she’s been able to participate in performances for many diverse audiences and charities, including the Make-A-Wish Foundation. This is great to put on a resume- employers are always looking for community service you’ve completed during college. “I can definitely bring it up in an interview and use it as a way to show how well rounded I am,” suggests Meagan.

Jamila reminisces on the various songs she’s been able to record in a professional studio at Full Sail with her friends in KeyHarmony. They’ve covered songs from all different musical groups, including Mumford and Sons, The Used and Ellie Goulding. In the summer, members from all the different groups get together and create the group known as, “Geekapella.” They cover popular songs from nerd culture such as, “Captain Planet,” and “Double Rainbow.” Geekapella recently performed at the anime convention, Knightrokon, at UCF. “[We] even auditioned for America’s Got Talent!”

Members of CAC also get the opportunity to go on a trip every fall to North Carolina for a weekend to attend the a cappella competition and festival called SoJam, where they get to network with a cappella groups from all over the country. This past year, members from CAC were lucky enough to run into Pentatonix at a SoJam after party and actually hang out with them. This is just one of the many great networking opportunities members have benefitted from.  “My LinkedIn connections are pretty much all a cappella people.”-Allie Shernoff

Every spring semester, the groups compete in the International Championship of Collegiate A Cappella (ICCA). This past spring, Gemini Blvd. won second place in the quarterfinals and moved on to the next round. Other CAC members also won individual awards for Best Vocal Percussionist and Best Soloist. This was a huge accomplishment or UCF, and now CAC is trying to get ICCA hosted at our campus in the near future. If CAC builds greater awareness of a cappella in the UCF community, this task should be easier to accomplish. You can help spread the word about a cappella by coming to CAC’s A Cappella Fridays at the free speech lawn by the UCF library!

Your Home Away From Home

The best part about CAC is that the members are more than groups, they’re oversized dysfunctional families. You don’t even have to be a part of one of the groups. By joining as a non-performing member, you can enjoy all of the same events, trips and socials as everyone else. Allie says, “CAC was my home away from home.”

Now you’re wondering, where do I sign up for this awesome organization? Come to the fall auditions! The specific dates of auditions will be posted online in the near future and you can find more information around campus, Facebook and other social networking sites. Just search for “Contemporary a Cappella.”

Here’s some insider advice from Jamila about preparing for your try-out.  “I recommend practicing the song a lot; truly listening to the words and make the song interesting and colorful with different dynamics and riffs. Make the song your own.”

For more information about when/where/what to bring to auditions, visit www.contemporaryacappella.com.

Check out all the different groups you can join! You can audition for every group if you want to, so don’t be afraid to put yourself out there. Be yourself, have fun and sing as if nobody’s listening!