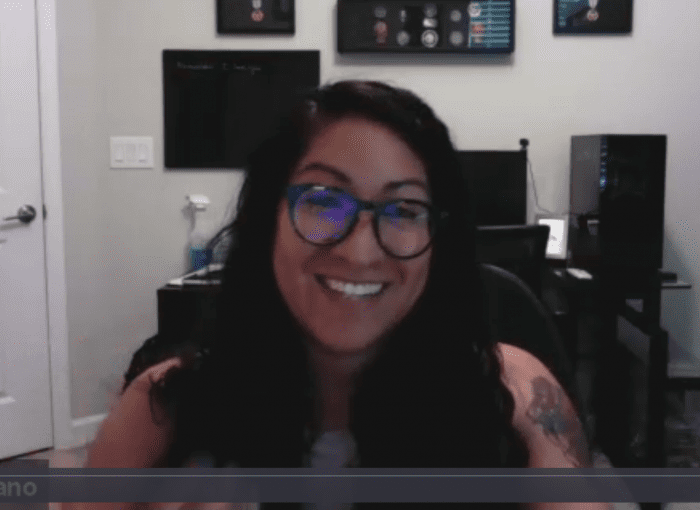 This is not a debate on racial and gender issues; it is a discussion.

So often, we identify notions and feelings of, being uncomfortable, guilt, or ignorance as “white guilt.” We encourage you regardless of race or ethnicity, to be uncomfortable, to feel agitated if you do, give yourself space to have that reaction. When you’re ready to participate in this conversation those feelings can transform into action, change, and growth.

We encourage readers to read through the supplementary texts in advance, although it is not necessary.

Consider for a moment your identity. Consider your race, gender, class, passions, physical appearance, political stance, location, age, extra-curricular activities, occupation, and even your major or minor. These are all containers in which society places the individual as social constructs. We all operate within these containers whether we are conscious of them or not. Some of us even attempt to break free or push against such containers. The containers we find ourselves in are important to understand not solely because of our differences but also as similarities.

Together we can implement change, break limits, set goals, and free ourselves from some social constructs. Dr. Arellano states in her research article, “In other words, when we share our stories, we understand how systems of oppression operate, and we are then in a position to challenge those systems and advocate for political change.”

It is our responsibility as both citizens and students to educate ourselves as much as possible. Otherwise, the contribution that we make to the community, society, and families we belong to, will be unhealthy, biased, and mal-informed. Many developments have occurred but there is so much to build and rebuild.

The first of which is to reach a common place among uncommon, unabashed persons. Polarization in politics, morality and surprisingly Academic values has isolated us more than any other inferred outside threat. The power of the individual to create new and lasting relationships supplies our ability and structure for building bridges.

This Bridge Called my Back is an impactful anthology that educates students in Empathy. This anthology was first introduced to me by Dr. Sonia Arellano, an Associate Instructor in the Department of Writing and Rhetoric at UCF. The first read-through of any book is a special moment in time. Kealani and I decided to interview Dr. Arellano to commemorate that first read and discuss the current climate of social justice and our individual research.

Telling stories is an ancient pastime that encourages growth and development. Dr. Arellano shared with us some of her stories and experiences to do just that.

I try to survive and thrive within those containers but I also challenge them and my place within them in order to facilitate others. For example, I always tell people how I feel like my body being in the space of the university is already subversive because it is a space that wasn’t initially created for me. I think about the fact that I might be the only Latina professor a student ever comes across their entire time in college. I try to push back on certain things and a lot of it is simply by existing in the space and being present– being vocal.

Another example is faculty meetings and literally the time of day they’re held. I think small things like that when we have a faculty meeting at 5 pm, I’m like: How are people supposed to go get their kids at 3 pm and still come to this, and some people bring their kids. Of course, there are fathers who bring their kids as well, but statistically, labor still falls on women.

I should be able to think that there are people who are more marginalized than I am who probably feel even more threatened by police presence. Those two examples alone are things I think people might not overtly think of as opposed to very overt gendered or racist comments that I’ve experienced which are pretty common. I feel like the two examples I’ve given demonstrate just fundamentally how the university was not meant for women faculty.

As a person who’s knowledgeable in certain areas, it’s difficult when I have a conversation with someone to find a starting point to get them to understand. As an educator, especially with young adults, I find that my job is not to change your mind nor my job is not to make you think a certain way. Instead, I like to ask questions, because I think questions really get at the center of it. Questions make people explain what it is that they are saying and in trying to explain themselves often people find that they don’t really know how to explain it, or they don’t really know why they believe what they believe in. To me, I think that’s all we can do- that’s all I can do. My goal as an educator is to agitate. To leave people bothered by something and thinking about it that’s all I want to do.

That line of questioning but definitely has taken a lot of practice. I ask questions that lead to those assumptions. Once you say it out loud, usually people realize very quickly how that works. We do this in my gender rhetorics class, we talk about gendered things. I had a student who was talking about baking and how baking is considered so feminine. They said you’re literally mixing things with your hands and then putting it in a hot place to eat. I say, yeah, what about that is feminine? Absolutely nothing. We just make these things up. The action of baking is seriously just making something with your hands, how is it any different than changing the oil in your car? It’s not really.

I think they can continue to stay involved in advocating for change. You are all a more powerful voice than you probably often think even at a small level. I can’t remember what class, but I had classes tell me, hey, these Friday deadlines, they don’t really work for us, can we move it?

You have to advocate for yourself collectively in order to make change.

I think keeping that in mind and remembering the positive power that you have together is really important. Whether that’s at a classroom, state, or national level.

I am continually appalled by the lack of empathy that professors show. As professors, we have to not only recognize students as fellow humans but also ask that they recognize us as fellow humans too. I’m recognizing that being lenient and gracious as a professor is something we can do more of. So long as it doesn’t put more labor on us, or make our lives difficult in some kind of way, I don’t see the problem.

It is most important to think about how our students are different from us, considering their lives and the things that we may not deal with or understand. I was teaching the day that the police officer that killed George Floyd was being sentenced, Derek Chauvin. I was trying to talk to students and they were really quiet. So, I asked them what’s going on with y’all and they said: The sentencing is happening right now. I said oh, I’m sorry, alright, let’s get off this call, because I realized this was important to them.

Dr. Arellano and the institution of UCF’s to-do:

The material reality of people and marginalized people is important to consider in our capitalist society. At the end of the day, you shouldn’t be asking people to work for free and the amount of labor that is put on us as faculty often is expected to be free labor.

In my opinion, there’s a lot of lip service. That’s great again like I love to hear that we care about diversity and inclusion. But until that is demonstrated materially and institutionally. It’s very hard to see. I’m hopeful, but I think that the institution needs to prioritize and put their money where their mouth is.

In thinking about even hiring retention of faculty, this is a huge problem that UCF has continued to have. Our department alone has lost two BIPOC women in the past, I think, five years. There’s still a lot of work to be done, but in my mind, I think those two things money and institutional change is where they can really start.

Dr. Arellano on Being the Diversity Pick:

At the end of the day, the factors were the same. I am qualified for this job, especially because as a BIPOC woman you have to work twice as hard for the same things.

I’m okay with it because I’ve also learned that I’m okay being the diversity whatever in the group because I know I’m qualified to be in that group, whatever it is.

Simultaneously, though, you reach a point where you have to be careful about the labor you put into being the diversity pick because sometimes people just want you there to be seen. I’ve known people who went for a job interview, and they said yeah the company wasn’t going to hire me. I was the checkbox so that they can say they interviewed a BIPOC person. I know people who’ve been put on these really high great committees and then everyone just tells them to shut up, we don’t want to hear from you, just need your name on the list.

After interviewing Dr. Arellano, my perspective has broadened in regard to what is occurring systemically and internally, specifically in UCF’s interactions with the construction of race. We appreciate Dr. Arellano’s time and insight.

I am always in a state of reflection. I have in the past felt feelings of guilt, resentment, and shame. It is so vital that we have these conversations with our peers and families. However, they must be conversations, and not debates. There are many instances when walking away is not only preferable but wiser. As I continue to explore adulthood, I’m sure many of you will agree, I discovered that adults have already made up their minds about most things. If you’re ever trying to change the world in a monumental way, just remember that your goal isn’t to change minds. I think that I’d much rather agitate, and spark others into movement. So more people approach issues of racial tension, gender norms, and systemic issues with curiosity because whether you’re a professor or a student, we are all at UCF together.