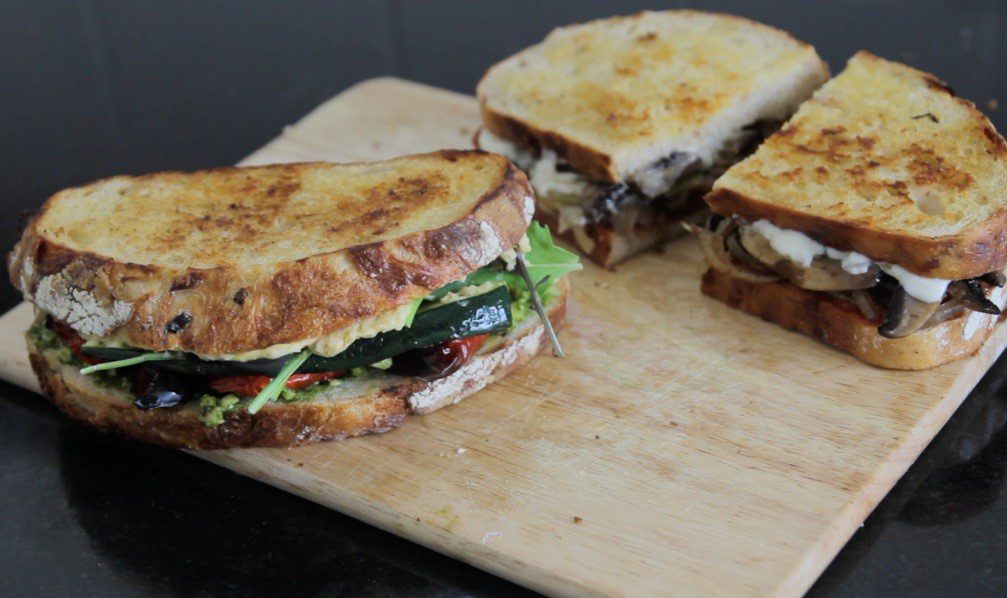 Let’s face it, whether it is due to some hipster trend, or people are actually becoming more conscientious of what they are putting into their bodies, veganism is on the rise. For those of us unfamiliar with the plant-based diet, it means that one does not consume or wear any product that comes from an animal.  This includes no dairy.   Leaving you to wonder what do vegans eat?  Just plants? Well yes, but there are still plenty of options.

As Veganism numbers continue to increase around the world, we now know that  6% of Americans identify as vegan, and veganism has grown over 500% since 2014. According to the report “Top Trends in Prepared Foods in 2017” by Global data, the food trend has definitely arrived in the Orlando culinary scene.   According to Cvent, which provides online event management and planning, there are over 5,000 restaurants in Orlando with an increasing number of them vegan.

Even more so, the number of vegan-friendly restaurants accessible to University of Central Florida students is expanding.  WalletHub, a financial data website, recently ranked Orlando as the third best city in the U.S. for vegan and vegetarians. And since ordering the ‘Veg-Out’ from Einstein’s on campus gets old after a while, and we’re  still patiently waiting for Gringos Locos to open on campus (that does, in fact, offer a delicious veggie burrito), your best bet as a vegan who wants to eat out is to explore the options that extend just beyond the UCF campus.

Here are a few recommendations just around the corner:

Just across campus over 434! Even if you’re not a vegan, you need to try these incredible and beautifully crafted doughnuts. They also make vegan ice-cream, an answered prayer for ice-cream loving vegans who miss the sweet dairy treat in their life. Really, Valkyrie Donuts is a dream for sweet-toothed vegans. They will also single-handedly change anyone’s mind who thinks that vegans are the cardboard-tasting, all-healthy food gurus.

In case you haven’t heard, on this past Labor Day, BurgerFi released the Beyond Burger. They offer the Beyond Burger as a vegan option with an array of vegan toppings including your choice of having the burger on a Green Bun, which is essentially a lettuce wrap, or a vegan wheat bun. I generally take mine home and pop on some vegan mayo and vegan cheese to complete the realistic angle of the burger. Beyond Burgers are a meat substitute from the Beyond Meat Company’s family that is made from mixtures of pea protein isolates, yeast, and other ingredients. They also released in 2015 a soy-free vegan patty, which they call ‘The Beast’, for those avoiding soy or have a soy allergen. The Beyond Meat Company toward the tail end of 2017 recruited none other than Leonard DiCaprio, who just pumped a bunch of his A-list money and influence into the plant-based, meat-alternative start-up.

Hop on University, drive less than a minute and on your right you will make it to one of the best plazas on the street, equipped with Lazy Moon and World of Beer and home of Toasted. Toasted is known for making fascinating versions of grilled cheeses and burgers. They have their own Vegan menu, upon request. They offer several vegan melts and burgers including the ‘Impossible Burger’. The Impossible Burger is another meat-substitute that scarily resembles the texture and taste, it’s the vegan burger that ‘bleeds’. While the product received funding from big names such as Bill Gates, it is still a center of controversy. Their vegan menu also includes their truffle vegan cheese fries, which every non-vegan friend that tries them  absolutely loves them.

Venturing Off Campus : The Vegan Beyond

If you want to have exclusively vegan cuisine, you’ll have to venture a little farther than UCF. Especially  within the past year or so, vegan diet catered restaurants have popped up all over Central Florida.  There are so many restaurants that offer exclusively vegan menus. Every. Single. Thing. On. Their. Menu. Is. Vegan. They do not make anything other than vegan and plant based food, but it will be hard for you to tell the difference.

This is a local favorite and many people traveling to Orlando will stop by here because of its fame. Their entire menu  is plant-based and they create vegan versions of home-style classics such as Shepheard’s Pie (they call it Sheep’s pie), Philly Cheese-Steak sandwiches, Cuban sandwiches, and an assortment of pizzas and pastas. There’s something for everyone on the menu, even meat-lovers, and a lot of their sauces and vegan cheeses are made in-house. Ethos also has their own vegan bakery and during the holidays, they make pre-made vegan Christmas and Thanksgiving dinners. On Sundays they also participate in Orlando’s favorite meal, brunch – complete with mimosas.

This is another up and coming, plant-based local restaurant , however less popular among non-vegans. This is mostly due to the fact that it doesn’t try to pretend its non-vegan food and they stand-by their memo of serving healthy unrefined, mostly organic, and made from scratch food. Should you be a non-vegan visiting the restaurant, their burritos would be your best bet to leaving satisfied. They serve breakfast, brunch, lunch and dinner, and have a great patio where you can eat to enjoy the day and your plant-based meal.

While Dandelion is mostly vegan, some of their offerings are vegetarian due to their dairy content.  Dandelion Café stands as one of the original no-meat allowed restaurants. They are adored by locals and are a gathering place for many different people within the community. They are known for their delicious vegan chili known as Giddy -up, which you can find for $6 every Monday. It comes in any form you choose, from wrap to salad to bowl to nachos. You can also stop by their long-time running drum circle every month and many other regular cultural events such as art openings, open-mic poetry nights, and other special events.

My personal favorite of all the plant-based dining accessible in Orlando, Market on South serves meals and sweets with so much flavor, you forget its even vegan. Their menu consists of mostly BBQ sandwiches and the most incredible Mac n Cheese to ever bless your body. They are also a shared market with many local vendors who sell their hand-crafted products. And guess what? A lot of the ingredients they use come from their very own garden on site.

A vegan eatery coming soon to Orlando’s Hourglass District owned by Blink 182’s former road chef, Mary Mattern, along with A Day to Remember guitarist Neil Westfall. Located off of Curry Ford and teaming up with another local favorite, Foxtail Coffee. Until then, Leguminati has been participating in many pop-up locations around Orlando. They will serve breakfast, lunch, and dinner.

If you’re downtown and after a night of drinking and find yourself craving a hot dog, stop by the Vegan Hotdog Cart, who has two convenient locations near Church St. and Wall St. He offers all the wonderful toppings that you could ask for on your hot-dog including: vegan chili, vegan cheese, sriracha, fried onions, and anything your vegan heart desires.

For all my Vegan Knights, do not worry, Orlando is full of options for you. Some honorable mentions and some other definite musts for Orlando vegans include vegan pop-ups such as District on Mills 50, which is also conveniently a vegan market with an assortment of vegan cheeses and vegan mimicked-meats. They feature local vegan cuisine pop-ups from Altar Offerings, Ohmwoke Meals, Impossible Foods, Joe’s Oat Patties, and Imani’s Vegan Kitchen. Other incredible vegan pop-ups include Winter Park Biscuit Co., Wildflower Burnamup Vegan Café (who does have their own location in Casselberry) and Jacked-up Tacos. My suggestion is to go give all of them a follow on Instagram and social media, as their posts will make you drool as they share all of their locations to where they will set-up for the day!