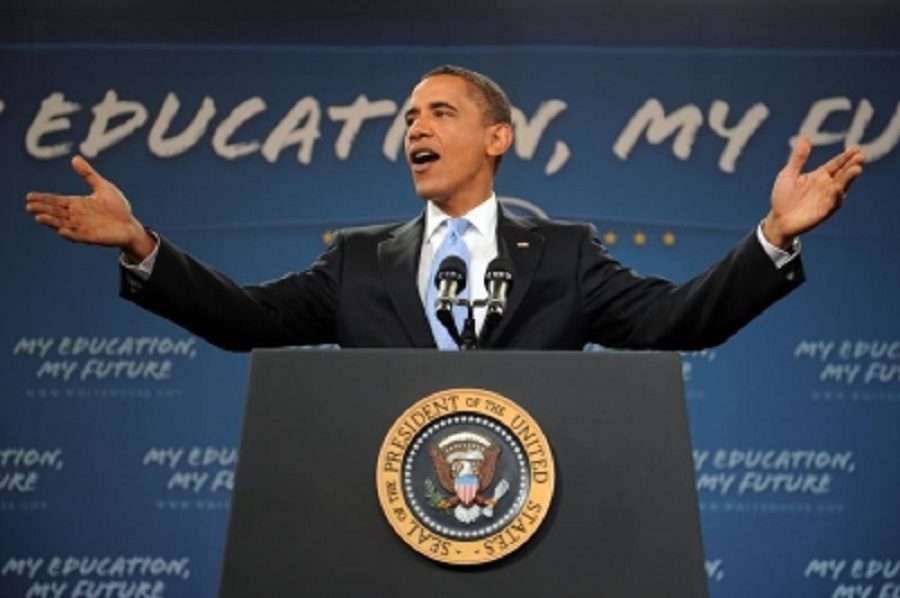 Obama has made another push for the youth vote with his recent executive order to aid college students from crushing loan debt. “When Congress won’t act, I will,” the President exclaimed in speech after speech before his budding audiences.

The order is said to provide aid to 1.6 million college students who are facing insurmountable debts what some would call an overpriced education.

“We can’t wait for Congress to do its job. So where they won’t act, I will,” Obama told students at the University of Colorado-Denver. “We’re going to look every single day to figure out what we can do without Congress.”

The executive order allows for the “pay as you earn” proposal, which would give new graduates the opportunity to lower their loan payments to ten percent of their discretionary income. Discretionary income being the amount of money left over once one’s bills have been paid each month.

The Obama administration claims that this proposal will reduce monthly payments for more than half a million current college students and borrowers. It would also forgive the balance of their debt after 20 years of payments.

These proposals have already made their way through Congress and were passed; however, President Obama is speeding up the implementation of the law while also trying to rekindle the fire within his party as his poll numbers continue to plunge.

This plan, according to the administration, will also allow an estimated six million students and recent graduates to consolidate their loans and reduce their interest payments. The interest payments, for those who qualify, could be reduced by as much as a half a percent.

This means that for the “average” student, who’s taken out $100,000 in student loans at an 8.5 percent interest rate, this government mandate would reduce their interest rate to 8 percent, thereby saving them $500.

This sounds great, right? Well despite how it may sound, the proposal does have problems. The proposal being pushed by the President isn’t anything new; it merely expands and increases the aid already being provided to college students by the federal government. Government assistance that has been in place for years.

Currently, students and graduates are allowed to limit their payments to fifteen percent of their discretionary income and under current law, any debt that has not been paid after twenty-five years can be forgiven.

An even larger problem with this proposal, setting aside its political calculations, is the fact that many current borrowers might not benefit from all of its lofty promises.

Students and graduates who are just using the federal governments Direct Loan program would not qualify for the Presidents proposed interest rate savings. In addition, those who choose to consolidate their loans would be required to sign up for automatic payments in order to qualify for the interest rate cuts.

Parents looking to provide their kids with a better future by paying their way through college would not benefit from the President’s plan. Nor does it apply to private student loans, or loans not held by the federal government. These type loans account for 15 and 20 percent of all loans taken on by students to assist with their tuition payments.

Other problems are a result of simple math. In the President’s own words, his proposal would provide federal support to nearly six million Americans. What he fails to mention is that there are more than 36 million borrowers in this country.

According to Daniel Indiviglio’s column in The Atlantic the average student borrower would only have their monthly loan payment reduced by $7.75 per month.

The President is correct in one way; college is too expensive. But despite the exorbitant price of higher education in this country, more students than ever are applying, attending and graduating from college. According to a 2009 survey by the Labor Department, an estimated 70.1% of recent high school graduates are currently enrolled in college. That compares to 45.7% just fifty years earlier.

Nevertheless, college costs have increased dramatically. The cost of attending a four-year institution has risen by nearly 600 percent since 1980.

In an op-ed for USA Today Ron Paul stated that, “the accumulated total of student loan debt in this country is over $1 trillion. Our entire national deficit for this year is $1.5 trillion, and the cost of college education alone is two-thirds of our country’s entire budget shortfall.”

But the question isn’t if there is a problem. We know there’s a problem. The question is how to fix the problem, and if the President’s plan will accomplish the goals that college students past and present desire.

According to the Department of Education, Obama’s plan to reduce student loan debt would “carry no additional cost to taxpayers.”

Despite the Education Department’s official statement, there seems to be some debate as too whether the taxpayers could foot the bill for the education of college students. Neil McCluskey of the CATO Institute explained it in rather simple terms, “the idea that any of this won’t cost taxpayers is bunk. They ultimately back all federal student loans, so unless Washington intends to send in the 82nd Airborne to force lenders with remaining guaranteed loans to write them off — which maybe I shouldn’t put past the feds — lenders will get paid.”

As is generally the case with political issues, we are fighting two battles on opposite ends of the spectrum. On one end we have the cost of college education, which has risen remarkably in the past three decades and on the other end we have college enrollment numbers that baffle the mind.

It’s hard to argue that college is too expensive when more students then ever are enrolling. If you look at education as a business, college costs can only increase based on what the consumer is willing to pay, and it seems that the consumers (or students) are willing to accept the increases in college costs.

The inflation of a college education is coupled with the deflation in the value of a college degree. Steve Jobs explained his decision to leave college in his 2005 Stanford commencement speech: “I naively chose a college that was almost as expensive as Stanford, and all of my working-class parents’ savings were being spent on my college tuition.” In yet another example of his genius, Jobs shows us that a college education should be thought of less as a “right of passage” and more as a business decision based on your own economic situation.

Frankly, a college degree isn’t worth what it used to be. That’s due in part to the number of college degrees floating through the job market and partly due to the cost of the piece of paper itself.

But the increases in enrollment and the rise of college tuition costs aren’t just a result of inflation or the national effects of a market economy. The federal government’s attempts to lower education cost through subsidies is the primary contributor to increased cost of a college education in this country. The President’s proposal will only push already inflated college tuition costs further through our roofs while providing very little assistance to the very students they are supposed to help.