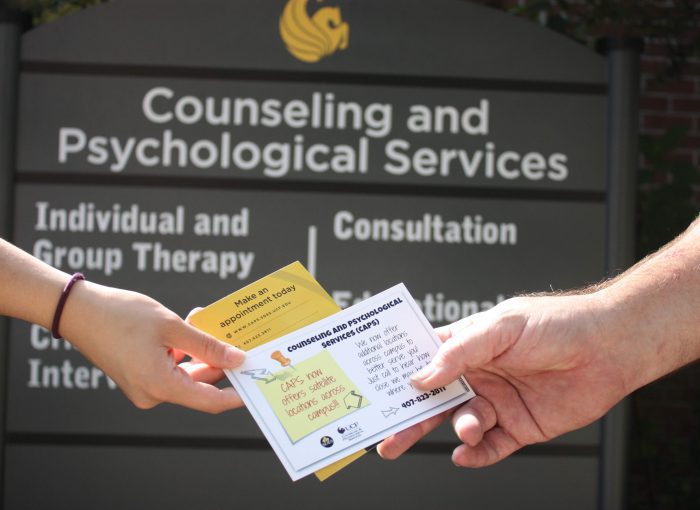 Nathaniel is a twenty-two-year-old college student who happens to have Bipolar Disorder.

This article is written from Nathaniel’s point of view. I conducted a phone interview with him about having bipolar disorder and how it affects his life. All the words and phrases in this article are his quotes from our telephone interview.

“I was first diagnosed with bipolar disorder at the end of [my time at] my last college, before graduating and starting at my current one. One day all of a sudden, I started to feel like I was being taken over by a demon and I thought I was going to die. I laid on the ground and I cried, fearing for my life. I don’t remember much of what happened next. One day I was fine, the next I was sure I was going to die; it’s a feeling that thankfully most people can’t comprehend, but for the few who can, it’s an experience that nags at you like an ultra-realistic nightmare. You may not remember everything, but what you do remember haunts you. I don’t like thinking about my first episode…”

He prefers the word episode over attack.  When asked what it feels like to have bipolar disorder, he responded by continuing his story, “When your bipolar disorder goes out of control, you can’t regulate your emotions or behavior by yourself. You go through an emotional attack and you are at the mercy of your emotional explosion. You can feel that you are over-responding to something or you can hear and see that you hurt the person with your actions or words, but you can’t stop yourself. It sucks, [and] you feel like an appalling person, especially when you’ve upset someone that you care about. But luckily for me, the people who I care about know about my disorder.

When I am struggling, I know I can count on them to bring me back to zero. Whether I’m on an emotional high or low, the people I care about know how to even me out so that I don’t [feel like I might) explode. They are also usually pretty quick to forgive any outbursts I have and they have learned how to defuse the situations—whenever they come up. I also have learned the signs of when I am more likely to have an episode, so I will tell the people I am around so that they know to take my behavior with a grain of salt.

Luckily, I haven’t lost any relationships due to my bipolar disorder. In fact, I actually find that my relationships are not really so different now from what they were before I had/got diagnosed with my bipolar. With that being said, some ways that my relationships have changed [are] that it does make me feel more sensitive to what type of emotional reactions I make, and I tend to plan and think things out more now than I did before. I am more conscious about it, in an attempt to make sure that I am never showing that I have my bipolar disorder to the outside world, but that has only made me more in-tune with my emotions.

Now, I take extra precautions so that my bipolar is never fully noticed by people who don’t already know that I have it (except for when I choose to disclose my bipolar to someone). For instance, I am actually in a relationship right now and I make sure to treat my new girlfriend like a princess. She knows that I have bipolar disorder and she understands me. I am really grateful to the people I trust the most.  After telling them, they make sure that I am always doing alright and that they’re okay, too. I appreciate having people check in with me, always making sure that I’m doing well. It makes me feel really loved and accepted. It has definitely made my relationships stronger, because we talk about what we feel, which forces us to communicate things that most people just ignore. Emotional intelligence is often neglected or made fun of and then people wonder why [their] relationships go poorly, it’s because no one is saying what they really feel! Everyone assumes that people can read minds and just know what is wrong, but I don’t have the luxury of doing that anymore and honestly it’s kind of a blessing.

I have learned how to manage my bipolar disorder very well now. Even so, it was really hard in the beginning! It took months and months of adjusting to new medications and going on higher and higher doses, ‘til it finally plateaued and I found my current dose which is working to give my brain the balance it needs. It became easier over time and now I feel like my old self again, before my bipolar disorder started to affect me; almost as if I don’t have to worry all the time. Frankly, this may sound weird, but I view it as a blessing and not as a curse—as most people would probably think—because it has enlightened me to have such an extreme development of my emotional intelligence. I have been forced to become more connected to myself, and it has made me a stronger person because of it.

It still affects me on a daily basis, but my medication takes the edge off of it. However, it continues to take a lot of self-control on my own behalf and it would probably just be easier to give into my illness, but it is something that I fight on a daily basis. It’s like this: you know that you have to be conscious about the fact that [the] “easy way” isn’t the right way when your actions can drastically affect yourself and others’ well-being so dramatically. The medication hasn’t ‘fixed’ the problem, but it has made significant improvements in my quality of life and in my own ability to function as a ‘normal’ person. With that being said, if I could take this struggle away, I absolutely would. For the reason that then I wouldn’t be so worried about so many things and it would release the pressure that I have on myself to always strive to consciously be very compulsive about controlling myself and what not. I hate feeling like I have to fight against myself all the time from doing what is right versus what my brain tells me feels right. I miss how, when I was younger, I just did things and didn’t have to question my own motives as to whether I did something because I actually wanted to say or do it or because my bipolar made me do it.

Something I am more aware of now that I have a ‘mental disorder’ are the laws being made or changed that try to take away my constitutional or God-given rights, like gun control. It has made me view what it is like to be a person with a mental disorder, where I personally have it under control to the point where no one notices, but I know it’s there and I don’t want my rights taken away, just because this happened to me. I didn’t ask to be bipolar and I didn’t do anything to cause it to come about, but I can’t change that I have it. It definitely makes me more paranoid about any of the laws pertaining to the mentally ill, because sometimes people forget that we are humans too. You say someone is mentally ill and all of a sudden you dehumanize them and make it become a ‘normal people’ against ‘the Others’ kind of situation; it’s a dangerous precedent to set. Yes, some people have more struggles than others, but everyone has to deal with something and it is important to ask yourself, if your given problem made you be at risk of losing respect, laws, or personal rights, how would you feel? What would you do to protect yourself?

My best advice for others struggling with bipolar disorder or mental disorders is, don’t let it define you. Let it be something that you carry with you and deal with, but don’t lose hope that you can’t be ‘normal’ once you find your balance of character and emotions. Once you find your equilibrium, keep going through life and enjoy it! Don’t fear the past, just make the future what you want it to be. Don’t be afraid to do it, just because you have a mental disorder.

Yes, my name is Nathaniel, and I have been diagnosed with bipolar disorder. Nevertheless, it doesn’t define me! It is just an aspect of me, it is something I have to deal with, but I am not identified as my bipolar. I identify as a twenty-two-year-old male. I am smart, compassionate, funny and charismatic. I am a college student just trying to live my greatest life with the hand I have been dealt. I am in touch with my EQ and my IQ and I am proud of who I am becoming and of everything I have already accomplished. I may have bipolar disorder, but I am so much more than my illness and I hope that after reading this, you may look at yourself and others with a more accepting and emotionally intelligent point of view.”