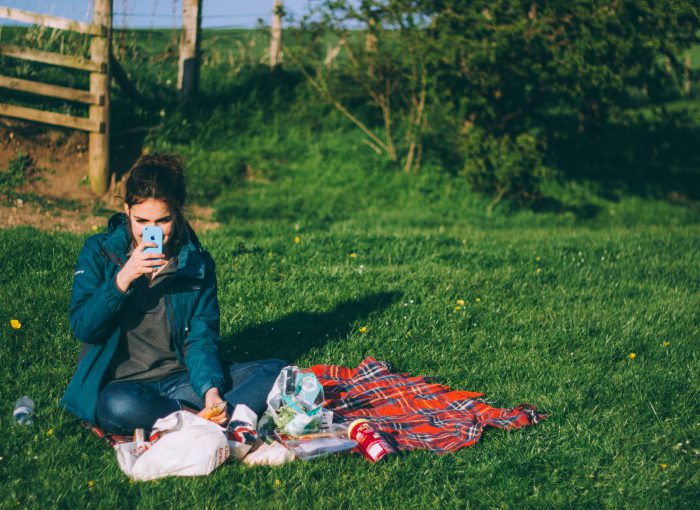 Our world was calm. We had injustice, poverty, and politics, but our world was calm. Then, a virus swept across the globe, impeding our calm normalcy. Coronavirus has been looming over our heads. Social distancing, face masks, and plastic guards are now the new “normal.” We are learning to navigate a new world while our lives blur past us without a second thought. The country went silent, and the silence became way too loud when my phone lit up with a message from my little brother.

I remember that second Monday of quarantine so vividly. I had been taking advantage of the stay-at-home order by finishing my first crochet project: a granny-square blanket. I was starting a new row of the blanket when I received a message that stopped me in my tracks. Kyle, my brother, had randomly said, “Ashley I need to tell you something very important, it’s about mom.” My stomach dropped.

I am the oldest of five children, which eventually meant I was a mother of four. The second oldest, Kyle, is fourteen and autistic. The two youngest are twins, and the middle child is often forgotten (how typical). Once Kyle was born, I was no longer a child. I was a mother. I cooked, cleaned, bathed the children, changed diapers, and looked after my overly drugged mother. I will keep it brief by saying this: my childhood was very hard, and it made me stronger. The point is, one of our realities was that my mother had a tendency to overdose on drugs far too often. When I was in third grade, the EMTs had to resuscitate my mother with me crying in the next room while rocking little Kyle. We were no strangers to heartache.

Kyle’s text turned into a phone call. I collected that my mother had overdosed on Fentanyl and that she was last seen at Tenova Hospital in Clarksville, Tennessee. Kyle and the middle child, Adrien, were now in foster care. It was later revealed, many hospital calls later, that my mother had been transferred to the county jail for child abuse and neglect. This had been my biggest nightmare for most of my life, especially in most recent years. I was raised to lie to child protective services, maintain the façade, and tend to home upkeep at all costs. Foster care, in my mind, was never an option. My brothers were no longer in the safe arms of a loved one, and I couldn’t bear the thought.

My next instinct was not to cry, not to overreact, but to call my maternal grandmother and plan my next move. I have never been one to admit defeat or that I might need even an inkling of help, but even this was beyond my control. In the midst of explaining what was wrong, I began to hyperventilate and dropped to the floor in shock. I couldn’t handle any more heartache. All I could think was, how could I have left them all those years ago to pursue a better life in Florida? How dare I, their only real protector, leave them to this fate?

My husband dashed out of the office, hearing me melt into a pile of tears in disbelief. I had yet to inform him of the news because he was working from home due to the global pandemic. After an hour or so of sobbing and playing phone tag with family, I finally was able to keep it together long enough to think clearly. I had to go see my brothers.

I was angry at my mother, but most importantly heartbroken for my siblings. At the awkward ages of 14 and 12, Kyle and Adrien were trying to deal with growing up and being somewhere other than with family. I had spoken with the foster parents and received permission to visit the boys under one condition: we needed the go-ahead from the Department of Child Protective Services. After a difficult conversation with the social worker about how I was unable to take my siblings into my own custody due to being merely 21 with little extra money for two children, I was informed that because of the coronavirus I was not allowed to visit them. I was instantly consumed by anger. I didn’t have time to process the information before I reacted to the news. After irrationally lashing out at the social worker, I apologized and began to understand the severity of our position. There was nothing I could do.

The social worker had informed me that video chat would be my best option, and that we could revisit the topic at a later date. My heart was heavy, and I had no idea how video chats would make up for a familiar hug and quality time. Kyle was a huge fan of Instagram, so we began communicating through the messaging system within the application. He preferred video chatting, so we spoke almost daily for over a month. He showed me the go-kart he had been working on, his new furniture, and the kitten that he and Adrien had fallen in love with at the foster home. The boys seemed to be doing well, and that was a relief. Through this blooming form of communication, I was able to learn more about the family he and Adrien were staying with. I felt safe knowing that they cared about my brothers almost as much as I do.

From businesses, to families, to friends, we are all finding new ways to connect and communicate. Technology began booming before I was born, and it continues to improve almost daily. Without applications such as Zoom, Instagram, Facebook, and Snapchat, we would be missing that key to human interaction: verbal conversation. While I find value in pen pals and letters, the comfort that comes with seeing the smile lines on loved ones’ faces as they laugh at a recent story you told is incomparable to a written story. We need to share laughter, but also build each other up when we are uncertain with a pandemic looming over us. The connections we make with one another are important, and that’s what I believe has been helping our world remain strong during such difficult times.

Although my siblings and I could not physically be together, the comfort of seeing each other and hearing each other’s voices managed to do the trick. Our world as we know it is gone, and we must learn to be together while apart during these difficult times. We must learn to find hope in the smallest interactions with one another and be thankful they’re healthy from a distance.