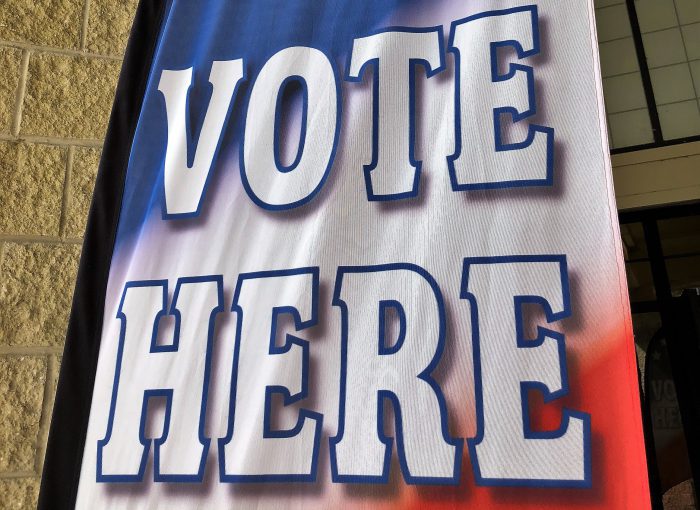 What matters to us?  Rather, what should matter?

Remember when the student body president of our middle schools fought for things like five extra minutes of lunch or a free period once a week? Those requests seem trivial now, but they were ones that mattered to us when we were thirteen. The act of fighting for those rights is one that should never be lost on us.

However, we can’t fight very well for anything if we are ignorant to the issues surrounding what we’re fighting for. Which is why we should care about the world we live in and be concerned about corrupt leaders, quality public education, environmental conditions, poverty within communities, etc. Too many of us are unaware of not only the problems, but of the consequences from our lack of taking action to fix them.

Our generation is about to take over, and it’s vital that we become responsible citizens in order to become effective leaders.

What is a Good Citizen?

Peter Levine, Associate Dean for Research and Professor of Citizenship and Public Affairs at Jonathan Tisch College of Civic Life, puts it like this: a good citizen is one who asks “What should we do?” Levine breaks down this question in his video by highlighting each word and explaining the significance behind them:

Sounds simple enough, right? So then, why aren’t we doing what we should do?

Why We Aren’t Involved

According to The Annette Strauss Institute for Civic Life, there are five main reasons why people aren’t civically engaged:

As a millennial, I’d say that one of the biggest reasons we aren’t civically engaged is we either don’t yet know we should be, or we feel like we don’t need to be. There are many college students that still live with their parents or are supported by them in some financial way, so the most pressing concerns for those students are weekly assignments due and getting through a tough semester, not worrying about political issues that may not currently affect them. This mindset needs to be altered. We won’t be young forever, and we need to be proactive about our futures before they are decided for us.

Along with that, it’s no secret that many people, millennial or not, focus on the immediate tasks at hand rather than the grander scheme of things. Even common responses to a “how are you” greeting can be “just trying to get through the week” or “just pushing through this semester/the next couple of months.” We can become so engulfed in the day-to-day that significant political issues and decisions can slip through the cracks, especially when we don’t know how or don’t think they can affect us.

The Fight is Ongoing

People called for their right to vote.

We can get so caught up in the immediacy of our daily lives that we can forget about the strenuous and noble acts of those who fought for things that we now take for granted. The simple act of voting is probably one of the rights that we, as a population, take for granted the most. According to Fair Vote, only about 60% of the nation’s eligible voting population turned up to vote in recent years, and that’s just for the presidential elections. Fair Vote also recorded only an average of 40% of the eligible voting population voting in midterm elections. It’s time to change those numbers.

What Should We Do?

As a nation, we are becoming increasingly uninvolved. We are staying unaware and unengaged, and the reasons for it sound more like excuses.

It’s our duty, not only as Americans, but as the emerging generation, to recognize the excuses and create new statistics, starting by fighting to keep on fighting. If we don’t, then as beautiful as the concept of having rights is, might one day be taken away.

Fellow Millennials, we have been labeled time and time again as lazy and entitled. Let’s rid ourselves of this stereotype and start fighting for our tomorrows by getting proactive today.

Get involved with the SGA.

Either inspire, or be inspired.