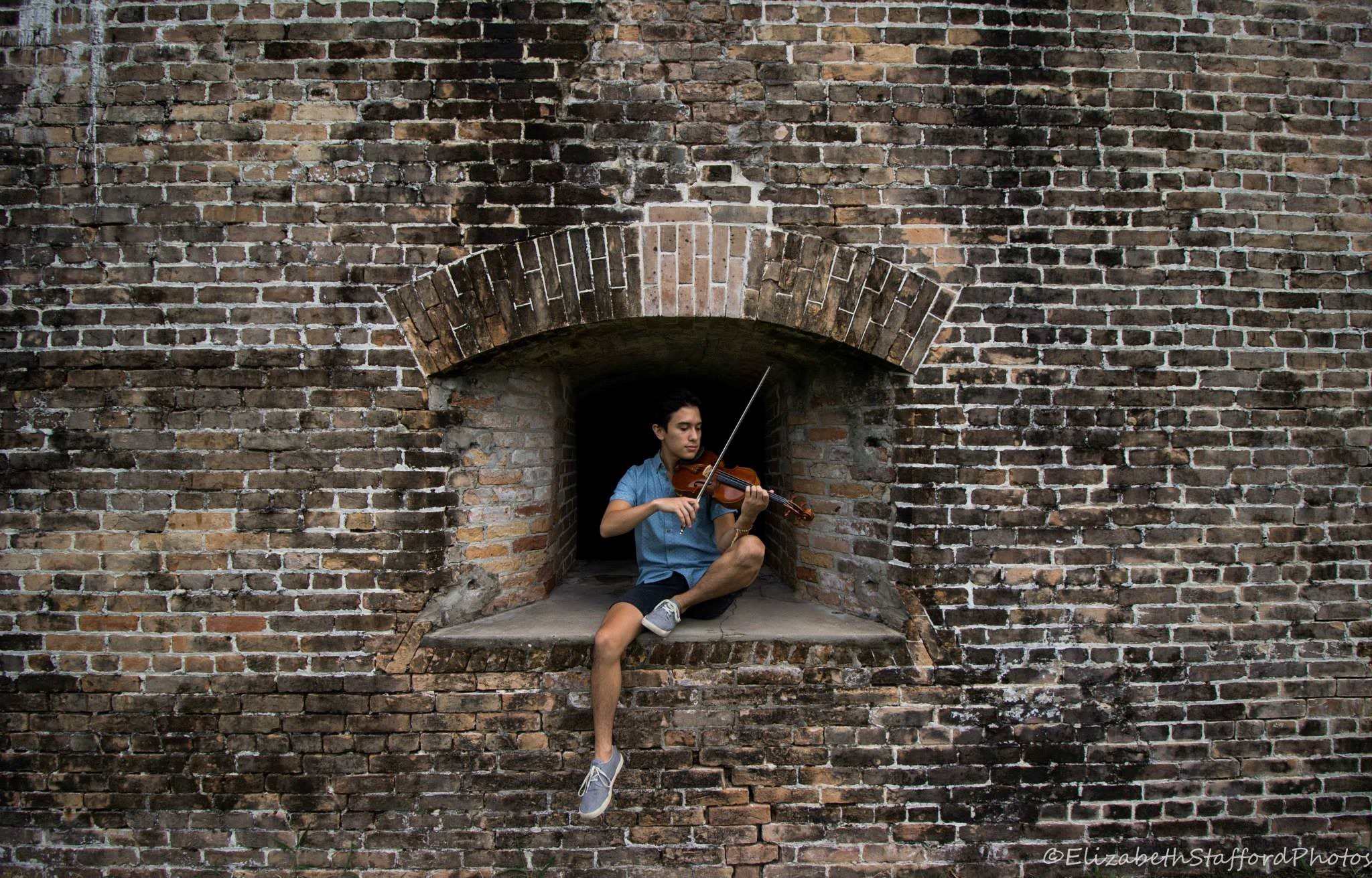 Oregon is one of the farthest places from Orlando, Florida, but that didn’t stop Jordan Bicasan from buying a plane ticket in order to study the violin under an experienced violinist. Jordan faced several challenges in his pursuit of mastering  the violin, but he never gave up on chasing his dream. Jordan started his musical career late compared to most violinists.

“I discovered violin when I was fifteen, and I was terrible for the next five years. It was definitely difficult to pick it up so late. I was insanely terrible at first,” Jordan admitted.

Despite his late start, Jordan has become an incredible violinist in  a short amount of time. He started getting gigs during his second year of college. His first one was for a small wedding.  Although he recognizes that it is not a lucrative career and there is a negative perception of musical degrees, music is his passion—it empowers him.  Being a musician has allowed him to experience all sorts of situations.

Julliard is a prestigious musical institution located in New York City.  A degree from there holds a significant amount of weight in musical circles. It is considered one of the best institutions in the world to study music. Jordan’s trepidation was understandable, especially since he had not even graduated from UCF. Despite his fears, however, he performed wonderfully and was an excellent addition to the ensemble for that performance.

Jordan has done other gigs besides weddings and professional performances.

“I’ve been hired as a surprise performer for Valentine’s Day. I showed up at this house and the husband told me to wait in their kid’s room for a few hours.” He laughed. “After that, I’d come out and play for his wife. Other times, they would make me wait in a closet, too.”

Pursuing a career in music is definitely stressful, and Jordan says that musicians are expected to be professionals on day one. They have very few rehearsals, and they need to play perfectly because if they don’t they will get fired and somebody else will  take their place. “If I were to show up without a pencil or without my music or if I couldn’t play the part then I would be fired and that would be the end of it.”

Jordan has studied with several people throughout the years and is willing to travel far and wide to learn more about his craft. During his sophomore year of college, a new person entered Jordan’s life, Dr. Chung Park. Dr. Park has been instrumental in Jordan’s development as a musician and also a person.

“He really affirmed that music was important for human life. Despite all the criticism that I faced, he affirmed that it was a really human experience and convinced me that even when it doesn’t seem like it, there’s a need and a space for my services.”

The violin and Jordan are forever entwined with each other. Jordan says he becomes energized when he plays and generally becomes happier after a practice session.

“I recognized early on that when I didn’t practice or I was without my violin, I would get sick. I would put off practicing, and I just wouldn’t feel good. I get my energy from playing violin. You can sit down and make something beautiful with your own two hands and people have a reaction to it.”

Overall, the violin is very important to Jordan, and, despite the criticism from others, it’s a passion that he’s diving headfirst into. Jordan’s future shines brightly, and there will be many more gigs both strange and professional to come.