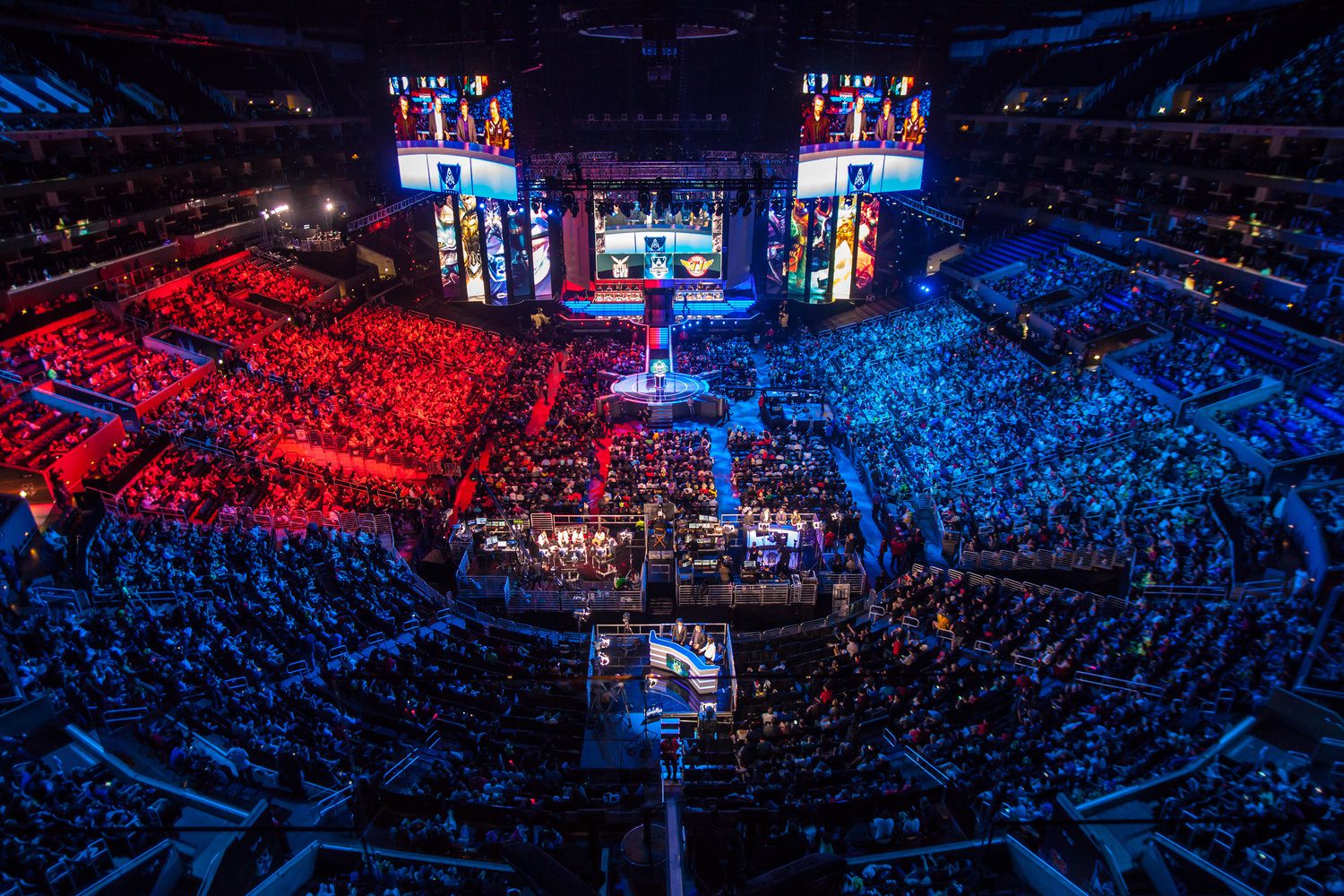 Picture a gigantic stadium with 45,000 roaring fans each supporting their team. Many wave banners, blow air horns, and sport their team colors. This was reality in the Seoul World Cup Stadium on September 28, only it was not soccer, nor even football.  It was a video game by the name of League of Legends, with teams competing for a prize pool of $2.13 million. Compare that to the average football game at Bright House Networks Stadium, which averages 42,000 people in attendance, and you can see just how big of a deal this game and many others are becoming, and why they are starting to have an appearance on our campus.

Electronic sports (eSports) is a new term that has risen to prominence as video games become more mainstream and the grandeur of tournaments based on certain games continues to grow. The most popular of these games fall under the MOBA category, or Multiplayer Online Battle Arena. The basic principles of these games is that you have two teams whose goal is to destroy each other’s bases. To do this, the teams control characters that get stronger as the game progresses. The strength comes from amassing gold by defeating players, taking objectives, or killing off non-player characters for their assigned bounties.

The general idea of these sorts of games is exactly the same as any other traditional sport: defeat your opponent and get to the goal. The only real difference is that these players use their mental prowess rather than their physical prowess. To do this, most players follow strict schedules that are strikingly similar to that of professional athletes. Take professional Starcraft player LiquidTLO’s daily schedule for example. He spends two hours each morning, starting at 7:30AM, doing physical exercise. After that he spends three hours playing Starcraft whilst his coach watches him, critiques him, and gives advice when needed. Then he has an hour break before continuing with four hours more of practice. After that he is given three hours of free time before having dinner and being banned from the computer for the rest of the night. This is a strict schedule that LiquidTLO, and many other professionals on the eSports scene follow each and every day. With a schedule like this, you can see the sort of “athlete” persona you might expect from sports players.

As players started to get better, companies took advantage of the inherent competition between them with publicized tournaments and impressive prize pools. This year’s World Championship for League of Legends, for example, boasted a $2.13 million prize pool. The Dota 2 International competition for 2014 started at $1.6 million but at the time the tournament began, it had reached $10.9 million that these players fought for. Money isn’t everything though as these tournaments need to be prosperous for the companies as well, so how was their attendance and viewership?  Well, the League of Legends World Championship had over 32 million concurrent viewers at its peak. This is no small feat for any reasonable competition. It has even reached the point where TV stations have started to show these high level events. ESPN first broadcasted the DotA 2 International competition which they “were delighted” to see as a successful decision and have openly voiced that they wish to continue broadcasting more and more eSports events.

So how exactly do eSports affect our campus?  In 2009, a group of gamers and prominent members of the video game world got together and formed the Collegiate Star League (CSL). The CSL decided that the professional world got enough coverage and instead wanted to host competitions around the nation with teams coming from college campuses. Their format and organization is based off of the South Korean Proleague organization that does a similar thing only with Korean schools. While CSL started with just Starcraft, they have since opened up to many of the world’s most popular games such as DotA 2, League of Legends, and Hearthstone along with that original Starcraft.

In the CSL, our very own campus hosts a League of Legends team that has competed regularly with over a hundred other teams from around the nation. Not to brag, but we have consistently beaten University of Florida, Florida Gulf Coast University, and Florida State University in past seasons. Our team, while not quite yet at the apex of the CSL, is doing well with what we have. For anyone looking to play at a competitive level but not quite a professional level, the CSL is the perfect gateway and I’m sure the organization and our team would love to see a few more players sporting black and gold.

Perhaps these sorts of competitions are not quite what you want in a video game and you would rather compete but be more casual about it. The Gaming Knights club on campus can offer just that. Each semester, the club holds several parties, each involving small competitions spread across several games. Some of these games come from popular eSports like League of Legends but occasionally the club enjoys going a bit more old-school with Super Smash Brothers or more casual with Guitar Hero competitions. The idea here is to not focus on the competitive side of eSports but rather look for the sort of playful camaraderie that can occur in a group of people playing a single game.

So, even though colleges may still hold football and other “real” sports at the top of campus spirit and importance, eSports are a very real thing that are only getting bigger as time moves on. While eSports on our campus may not yet be able to fill Bright House Networks Stadium, maybe one day it can happen.