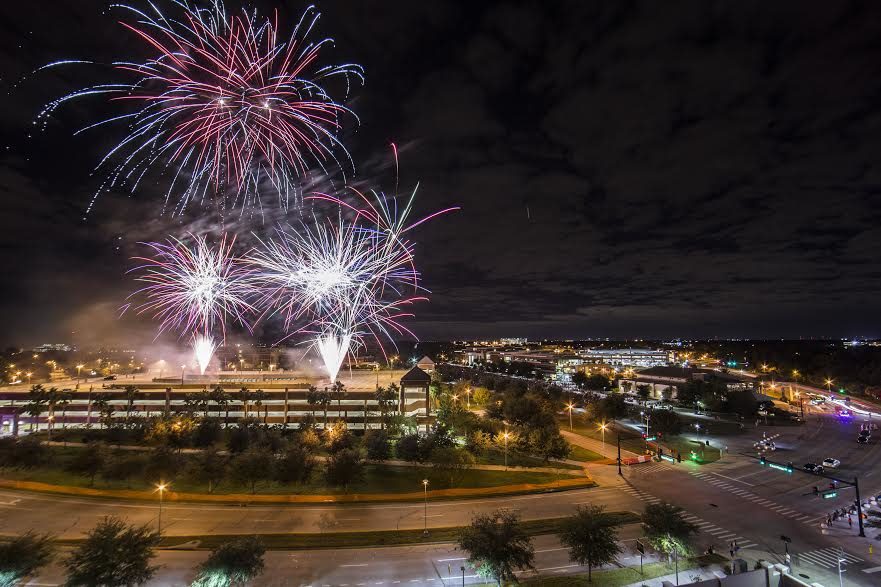 October 24th was the most anticipated day of the year at the University Central Florida—UCF Homecoming’s 20th Spirit Splash. In 2007, the National Association of Campus Activities ranked Spirit Splash the number one campus tradition. This year, the Homecoming Executive Board wanted to make that day even more exciting for our students and our community. This was an opportunity for the Orlando community and our campus to unite and celebrate our Homecoming Week and have one last closing event before the big game against Temple.

Bringing a Disney theme park feel to a campus isn’t a walk in the park. The plan started with the approval of the Office of Student Involvement and Student Government Association, then Environmental Health and Safety had to approve the plan. From there it was bounced to Vice President Bill Merck’s desk, and finally President Hitt put his stamp of approval on the idea. After UCF’s approval, it had to go to the State Fire Marshall’s office all the way in Tallahassee. The State Fire Marshall did site visits and site inspections and finally signed off on the official paperwork for approval. The planning started in the summer and they did not announce the event until two weeks before the start of Homecoming week, due to a longer than expected approval process. The thousands of Homecoming t-shirts given out during Homecoming reads “Special Event: TBA” on the back because they did not receive approval in enough time to print the shirts.

The company that was in charge of putting on the show was Pyrotecnico. The company performs more than 2,000 shows a year. The company’s certified technicians came out on Friday at about 7:00pm, two and a half hours before the start of the event to start setting up for the event on the top of parking garage. Before they arrived, the Homecoming Executive Board spent Thursday night wrapping Garage D’s perimeter in 2,500 feet of orange fencing once all cars were removed from garage. Flyers were printed, put on cars, and a school wide e-mail was sent out to remind students that they could not park in Garage D or the closest parking lot past midnight on Thursday. Garage D was the approved location because of its distance from the surrounding buildings such as Health and Public Affairs and the Arena.

Although it is unknown where it will happen next year, the response from upper administration and staff on campus was positive. President Hitt himself was even in attendance the event. A Global UCF building, the new program for

international students on campus, is going to be built in the coming year in the parking lot in close proximity to Garage D. Unfortunately, that location will be unavailable for pyrotechnics use next year, so the next Executive Board will have to find a new spot on campus for the show.
Ben Bower, Special Events Director, said the best place to view the fireworks would be at Memory Mall, but that the show would be visible at any spot on campus. An estimated number of three thousand people came to Memory Mall that Friday night to watch the display. Students and families were among the crowd sitting in groups with towels, blankets, lawn chairs, and some even brought food. When the show started everyone on campus stopped what they were doing, even families in Oviedo could see the show! The show was full of color and a well-diversified group of fireworks that anyone could have mistaken for theme park quality. The twelve-minute show is something Kevin Washam, Homecoming Director is extremely proud of.

He said, “It was all worth it in the end. We saw an opportunity to bring something that’s never been done at UCF, and capitalized on it. You could say we really igKnighted our legacy.”

Students were also impressed with the production. One Engineering student, Brandon Tompkins, said the event was a “Great event to spend with friends. The firework display exceeded my expectations with synchronized music and large assortment of color. Overall awesome experience!”

On the other hand, after telling one student how much the show cost, she said, “I would have never guessed it cost as much as $21,000. Although, I love the show, I think it was a bit pricey for the duration of the show. Student dollars might have been spent better.” After speaking with Bower, he said that they did not request more money from Student Government in order to put this on, but reallocated money from various positions on the executive board to put this plan into action.

The future looks bright for this tradition and Ben Bower and 2014 Homecoming Executive Board can claim this as their legacy.