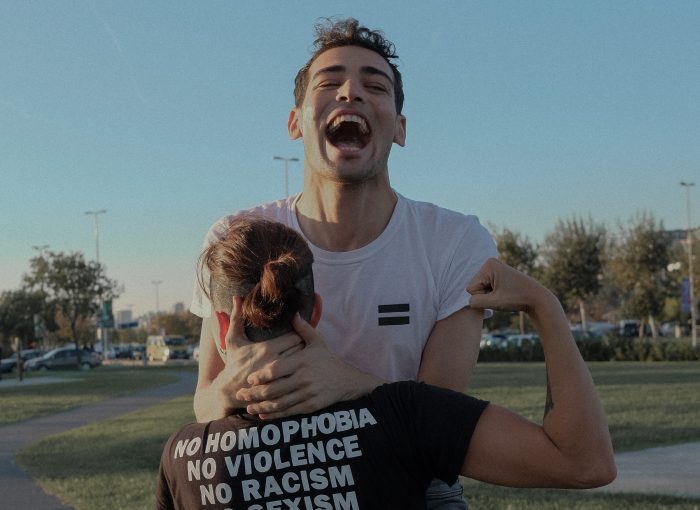 We scroll through social media and by unfriending and unfollowing, we isolate ourselves from people who look, think, or live differently from us. For this reason, it has become more tempting than ever to surround ourselves almost exclusively with like-minded people. It is incredibly easy to get lost in today’s political climate. After all, divisions and outrage only seem to be getting worse over time. However, when we mindlessly block people simply for being different from us, we miss out on valuable information and opportunities to bond with others, create new experiences and build bridges across differences.

Social media isn’t the only way we filter people out of our lives. In many cases, we narrow down our in-person social circles and, to make life more comfortable, we deprive ourselves and others of very meaningful social relationships. Thankfully as of today, according to UCF’s 2020-2021 Facts page, we have a very diverse student population, with over 50% of our students being cultural minorities, giving us more than plenty of opportunities to engage with people from all walks of life.

Growing up Hispanic, you immediately notice Latin cultures are profoundly communal: for us the collective matters more than the individual. This is a beautiful concept at its core, but we must be wary of abusing it. Many of us, regardless of our background, have grown up with the ever-so-popular saying that ‘blood is thicker than water.’ Sadly, instead of encouraging loyalty, this grim outlook often vindicates unhealthy behaviors and lessens the role non-biological relationships can play in our lives.

A concept that’s very present in LGBTQ+ communities is that of the chosen family. Many of us don’t get to cultivate meaningful relationships with our families of origin, and instead start to look around for people who can give us a sense of belonging, comfort, and kinship. This concept of family transcends legal and biological definitions by allowing us to connect deeply with people with who we may have little to nothing in common. When you lack family acceptance, which for the purposes of this discussion I describe as vertical links, you search in other places for people who are open to affirming and understanding you. These intentionally chosen communal bonds I like to refer to as horizontal. What brings people together is their ability to accept their peers unconditionally and make others feel valued, seen, and supported. As you can likely tell from the term itself, chosen families are people we get to pick out, they are not forced on us and yet we form deep bonds with them because we realize they are in our lives out of their own free will. Nothing says they have to stay but they choose to anyway.

Some people may start using traditional labels to refer to their loved ones, such as mom, dad, parent, auntie, brother, sister, or sibling. For others, these relationships are implied, rather than explicitly stated. What we should realize is that chosen families can be just as valuable — or even more valuable — than families of origin. You don’t have to be a minority to benefit from this beautiful concept but, as we can see, people who have been historically marginalized are the ones who paved the way for us and have taught us this valuable lesson.

It’s a very broad and flexible concept, I know; that is what makes it so empowering.

I want to highlight the importance of belongingness by illustrating the role that chosen families, friendships and communities play in helping us overcome adversity. Let’s imagine you know a student at UCF named Pablo who’s majoring in Film and minoring in English. His family wants him to follow in the footsteps of his dad so he can become a lawyer and make tons of money. Pablo, however, has a different plan in mind. He cares about having a stable job and a good income, but he wants to spend his life doing something he’ll really enjoy. Pablo’s family refuses to provide for him financially unless he follows the path, they want for him so they cut him off, forcing him to chart his own path and sending him out into the world without preparation. Pablo, however, is smart, has a 3.5 GPA, and has a passion for reading, writing, and teaching.

After having to walk away from his family, Pablo gets involved in a creative writing club called “Writers UKnighted” and starts another attending a club that promotes interfaith dialogue. Through scholarship money and by working a part-time position at the University Writing Center (UWC), he’s able to pay the bills and gains some job experience that he can add to his résumé. Since Pablo cares about his peers, he starts visiting UCF’s Pride Commons to find new ways to advocate for the rights of his trans siblings at UCF. His long-term goals are to get published, go to grad school, and get a Ph.D. so he can become a college professor. He’s never considered himself religious, but Pablo builds a support system by spending time with his friends at the interfaith club, who pray for him and help him alleviate the stress from school. Connecting with them when he’s hit rock bottom feels like connecting with the brothers and sisters he never had. Although he does not identify as LGBTQ+ himself, Pablo’s life is enriched by the new friends he makes through his advocacy, and feels like he’s part of a new family. Pablo had never envisioned himself creating meaningful relationships with people who are so different and yet care so much about him and his growth.

Contrary to popular opinion, chosen families are not an assault on the nuclear family model that many of us are used to. In many cases, chosen families can overlap with biological ones. Although this wasn’t the case for Pablo, the idea of a chosen family can coexist with your family of origin. For some, it may be an either/or, for others, it’s a both/and. Those of us that belong to minority groups depend heavily on the sense of reliance and togetherness that comes with belonging to a community and yet this is something anyone can benefit from. While this chosen family is extremely valuable, we must keep in mind that setting healthy boundaries and knowing when to walk away are important skills to have in our toolbox as well.

As UCF students, building lasting relationships with students around us, regardless of culture, politics, gender, or social class is one of the best ways to build a drawbridge between cultures.

This can be done by meeting at clubs, learning more about other people’s traditions, joining faith gatherings, or even reaching out to that ‘awkward kid’ in class that no one talks to. Perhaps you can go out today and spend some time with someone who doesn’t agree with your politics. If you were raised in a neighborhood where everyone looked and thought the same, consider assembling a friend circle with people from other religions and backgrounds — after all, it doesn’t have to be a formal gathering. The goal here is simple: to challenge ourselves, step out of our comfort zones and realize that we have a lot to look forward to in other people — even those we disagree with. By giving people a chance and getting to know them, we can breathe a sense of belonging into their lives. This not only empowers us as individuals but creates a healthier environment for all of us as a college community.