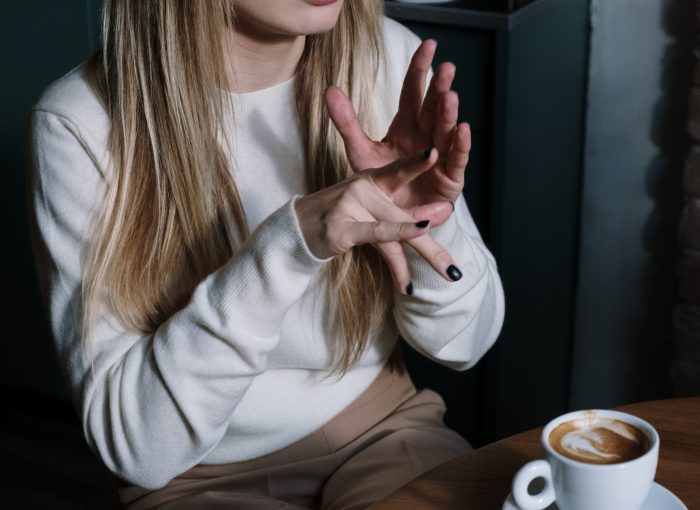 A nurse put the headphones on me, and I sat and waited. I thought, “Hmm this machine must be broken; it sure takes a while to start.” And eventually, the sounds came. When the nurse took off my headphones, I turned around to see my mom with tears streaming down her face, she had really believed I just had selective hearing. The nurse told her that I needed to see a specialist. My mother was in disbelief. I was a straight-A student with seemingly no communication issues; except I wasn’t. I was an 11-year-old, who couldn’t hear when her mother yelled down the hall, couldn’t tolerate loud noises, and had a slight lisp. Hearing loss often presents as an invisible disability, and I was one of those cases.

After going to two audiologists, it was confirmed that I had nerve damage causing 35% hearing loss in my right ear and 45% in my left. Since the cause was unknown, it was unclear if my hearing would continue to regress. In addition to the nerve damage, I was also diagnosed with Tinnitus and Recruitment, a reduced tolerance of loudness due to cochlear damage.

I was the only person in my school with hearing aids, and I hated it so much. Being the girl in school with hearing aids got me compared to grandparents and laughed at. While being a girl in school with glasses makes you one of many. It also made many people feel the need to yell at me. However, those with hearing aids do not need to be screamed at. It is common when people see hearing aids to raise their voices. However, the hearing aid also raises their voice. This can be problematic for some people as the voice is now very loud. If you feel the person is not understanding you, you can simply ask “Can you hear me okay?” or “Should I speak up?”. What I needed from those around me was this kind of support. Instead, I got, “Here, wear these over-the-ear hearing aids so you can stick out like a sore thumb!”

Needing glasses is very common and is, therefore, more socially normal and vision is often more accommodated, unlike needing hearing aids. The CDC reports that about 15% of children have at least a slight form of hearing loss. On the contrary, about 33% of children wear glasses, and the number rises with age. The CDC states that vision loss is “one of the most prevalent disabling conditions among children” and hearing loss is nowhere near as prevalent. A person with glasses rarely questioned why they’re wearing glasses while people often used to ask me why I needed hearing aids. Glasses can even be worn for the sole purpose of aesthetics while wearing hearing aids are taboo.

The people who wear hearing aids and glasses aren’t different, but the assumptions made about them are. Looking back as an adult, needing hearing aids is no different than needing glasses and we need to normalize this.

At the time, my diagnosis led me to feel defeated. While my mother was supportive, she ultimately didn’t know how to talk to me about my hearing deficit. I was tired of being made fun of or compared to an older person. My doctors failed to give me the support I needed after receiving life-altering news, and I did not receive this support until high school when I went to a STEM camp for hearing impaired teens.

The summer camp, hosted by the Rochester Institute of Technology (RIT/NTID), was the first time I had ever met anyone my age who had a hearing deficit. The camp separated us into groups: those who prefer to speak and those who prefer ASL. I was amazed. I had never been exposed to any deaf culture. For the first time in a long time, I didn’t feel unlucky or different; I was where I was supposed to be. Though the camp was only five days, the experiences I had will continue to impact me for the rest of my life. From this day forward, I committed to the journey of embracing my deafness.

The thoughts that my mother had about my ‘selective hearing’ when I was young are very common. When hearing people speak to a hearing-impaired person, they often feel they are being purposefully ignored before they consider that not everyone can hear the same. When speaking to anyone it is best to be understanding if you are asked to repeat yourself rather than immediately get frustrated. While I have experienced this frustration towards me many times, there are a few that were notable. My sophomore year at UCF I was taking Physiology. In the lab, there were set tables with the number of seats equaling the number of students. As the TA began to lecture, I couldn’t hear. Since I didn’t have the ability to move, I raised my hand and asked her to speak louder. She said, “I’ll try” and then didn’t even get slightly louder. Frustrated, I asked again, and she said she was being as loud as she could. I remember turning to my friend, almost starting to cry as this was the first time I had ever had someone so not willing to accommodate me. I was even more upset because this was important information that I was about to be quizzed on and I felt my education was being compromised.

After class, I went up to her and she told me that the only thing she could do was allow me to sit on the floor at the front of the class. As the TA was an undergraduate student, I am sure she did not receive any training on any sort of inclusion teaching. As a student, she could have considered that not everyone has the ability to learn the same way. While she was not expected to know everything, I had given her the information on how to help me succeed, speak louder. Every week I started the class on the floor for the lecture and then returned to my seat to take the quiz and perform the lab. I was humiliated. I reached out to the teacher, and nothing was ever done about the TA or the situation. For others, the request may be different, but everyone should be treated with kindness and respect, especially when asking for help.

Not long after this experience with the TA, UCF went online, and I found myself having trouble understanding a teacher who used to voice over her PowerPoints. I looked into my options and found UCF student accessibility services (SAS). SAS can help hearing-impaired students with a captioning service and ALS translation.

Even After going through SAS, I have never experienced any Deaf or Hard of Hearing Culture at UCF. When I looked into what UCF offers their deaf and hard-of-hearing students, I was unable to find any other resources, though UCF does offer an ASL course. As far as student-run organizations, the ASL club is the only club that promotes deaf culture. It is available on KnightConnect for anyone to join, including those who do not know ASL. I was amazed that the largest school in the nation did not have more to offer for the deaf and hard of hearing community. My suggestion for UCF students is to understand that there are many invisible disabilities, not limited to hearing loss. Something as simple as being respectful and kind to people when they ask for help can completely change the person’s experience. 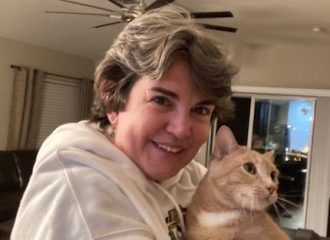