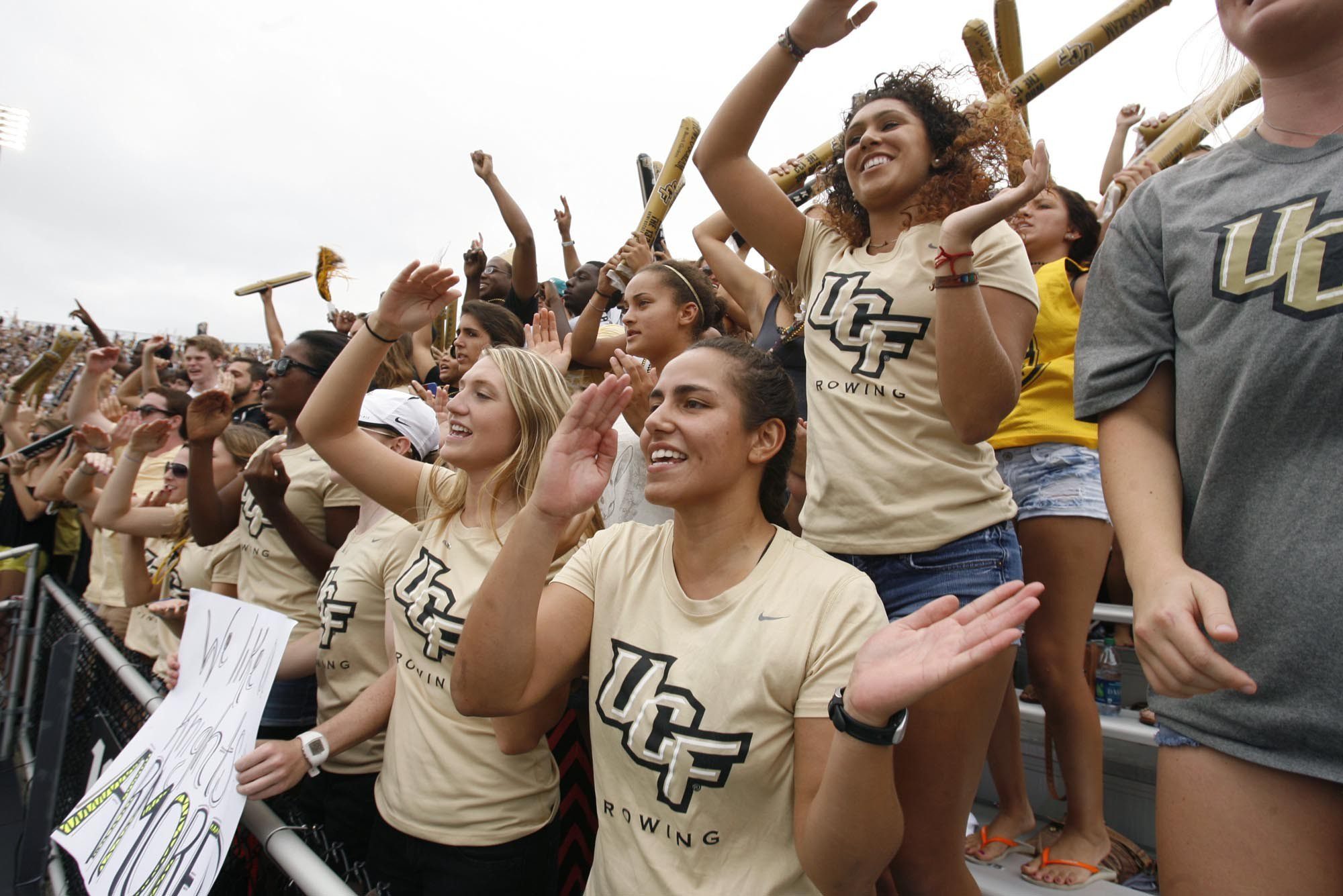 What is more enchanting than your first time stepping into a football stadium? Full of 45,000 screaming fans all chanting the same three letters U-C-F. Hearing your heartbeat in your ears while you rush to the far end zone to get to a seat you will likely not be using. Standing–rather, jumping, is just about all you’ll be doing for the next two hours, because you just entered “The Bounce House” as Bright House Networks Stadium is aptly nicknamed.

If this is the experience you’re looking for as a new UCF student, then you have come to the right place. I’m here to tell you all you need to know in preparation for your first Saturday of the Fall football season. Every UCF student gets free tickets to home games just by showing their UCF ID, so why not take advantage? From game day rituals to in-game chants, tradition to tailgating, and scheduling to safety: this is your guide.

Here at UCF, we are new to high profile football accolades. Our team is young and full of talent. We are a part of one of the largest and fastest growing universities in the country. Expansion has led to so many opportunities throughout the years and football has been one of the most rapid successes in our community. One of the most vital aspects to this success has been the alumni and student body with its constant support. The tradition building began in 1994 with Spirit Splash. This is where students line up around UCF’s iconic Reflection Pond and run to the center of the fountain in celebration of Homecoming. Today, it is being voted as one of the best college traditions in the country. Not long after, the athletic department coined “Charge On” as our catch phrase, and we’ve been storming ever since. And now in the year 2014, we just finished the best football season in our fifty year existence with not only an American Athletic Conference title, but a Tostitos Fiesta Bowl championship.  Our star quarterback Blake Bortles was even drafted as the number one quarterback in the NFL draft, with several more of his former UCF teammates joining him throughout the NFL. We Knights are strong, and we’re only getting stronger.

Around here, tailgating is one of the most fun times you can have as a Knight. Some of my most memorable moments as a student at UCF have been spent on a Saturday in the Fall, tailgating for a football game. The anticipation, the energy, and the atmosphere are electric. There are a lot of ways you can celebrate before a game, but the most popular start to a game day for most UCF fans is Memory Mall. Sandwiched directly between the CFE Arena and the Student Union, Memory Mall is a quarter mile-long strip that turns into tailgate central on game days. It’s here that you’ll find the majority of the barbecuing, partying and entertainment.

If you’re looking for a more low-key place to hang out before the games, you have plenty of options too. Directly on the route from Memory Mall to Bright House Networks Stadium, in UCF’s Athletic Village, is Burger U. A bar and grill with great atmosphere and lots of outdoor seating, it’s the perfect place to hang out before the games and take in all the sights and sounds of UCF’s campus. Additional favorite local spots that double as great pre-game stops are a little ways off UCF’s campus.  First, the MOAT Sports Grille, official restaurant of UCF, is a full bar and grille within walking distance of the stadium. Right down the road from that is Lazy Moon pizza. The best pizza and craft beer around, where slices are the size of a platter and the beer is served in moonshine pitchers. And across the street from Lazy Moon is Jimmy Hula’s, a UCF staple. Here you’ll find California inspired tacos and elaborate burgers, and, along with great food, they have a full beer bar with over seventy types of domestic and craft beers.

The most important thing you need to know about tailgating isn’t where, it’s when. The when depends on kick-off time.  There are two basic rules that have been provided to clarify when campus opens and when you can start tailgating.

It’s between these times that the Open Container Waiver is in effect and drinking alcohol is allowed on campus for anyone over 21 years old (be prepared to show your ID).

Now comes the last and final piece to your game day: The game itself. You have tailgated for hours, played corn hole at Memory Mall, grabbed a Burger at Burger U, and are heading for Bright House Networks Stadium. Where do you enter? Gates 15, 16 and 17 will take you straight to the South end of the stadium. It’s here that you’ll find the student section, which is nicknamed “Knightmare.” In the student section, participation is sweeping and constant. Here are the basics of the chants and songs that you won’t soon forget:

So now the basics are covered. You have the guidelines and the advice, and it’s your turn to go out and enjoy UCF football. Spirit breeds pride and tradition. We are always welcoming students and fans alike to join the movement of Knight Nation and continue building this amazing community. Charge On!