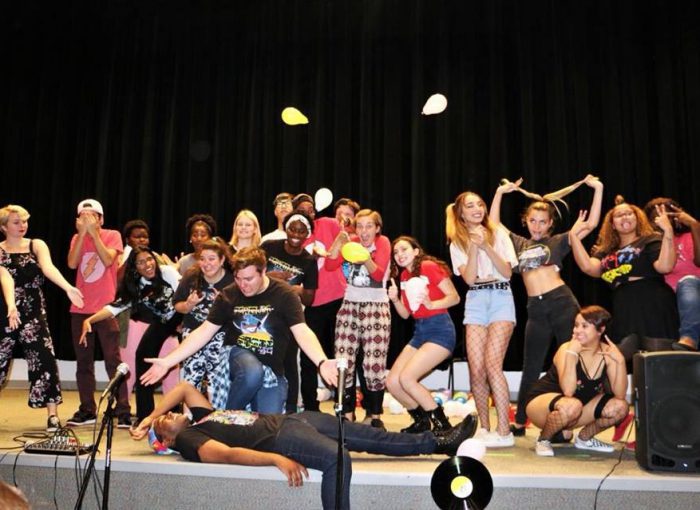 For me, music became more than just an extra-curricular that, more often than not, most high school students needed to take in order to get credits for their electives. It became a source of self-expression that has continued to define who I am today.

I’ll never forget my first day of high school, as the new transfer student, stepping into the choir room to face my choral director and a group of students in rows singing a song in another language. I walked in not knowing a single thing about reading sheet music and without having taken a single vocal class. You can imagine how intimidated and nervous I felt assuming people would judge me the minute I opened my mouth to utter a single note. Luckily, that wasn’t the case. I went from a beginning choral class to the advanced mixed vocal ensemble where the members were handpicked by the choir director. From there, I would meet some of my closest friends — people I’d practice with and be ecstatic to sing alongside at competitions. These people were my backbone and my saviors throughout all of high school. I aligned myself closely to choir, using it as my home and discourse community because I felt it was where I belonged. This love of music and the warmth of friendship that it brought led me to search for that sense of “belonging” and community at the University of Central Florida.

When I got to UCF, I immediately knew that I wanted to get involved in music again. My love of the well-known television show Glee and the presence of a Glee Club here at the university motivated me to audition for the club and get in. During my freshman and sophomore years, I participated in showcases, group dances and songs that we would pull together for an audience. I possessed zero dance skills, making it hard to navigate at first. Then I met some amazing people who helped teach me choreography, and we went on to even perform duets for our showcases.

Glee Club usually does one or two showcases a semester that consist of solos, duets, trios and group numbers that we have to submit to the Executive Board, which consists of the President, Vice President, Secretary, Treasurer, Historian and Musical Director. Every showcase has at least one large group number that includes all members of the club so that everyone has a chance to be part of the show. I remember doing songs like “Everybody Talks” by Neon Trees and even “How to Be a Heartbreaker” by Marina and the Diamonds. Glee also isn’t limited to events done on campus. We have participated as volunteers in Give Kids the World, which is a non-profit “storybook” resort that treats families with children who have critical illnesses to a free week-long vacation on their 84-acre property. We dressed up as butterflies with wands and sang Disney songs as people who were participating in a marathon run event passed by. Afterwards, the whole club and I grabbed food together and talked and laughed about the entire day.

Glee Club is auditioned based and always accepts members every fall and spring semester. Due to COVID-19, a lot of our usual in-person Monday meetings are now conducted through Zoom, and rolling auditions are now done either through Zoom or by applicants submitting a minute singing video via email. We are also not doing any outside events with the entire club present. This has been a challenge to the old ways of communicating with each other face-to-face and brings about the struggles of having to sing online where technology can be faulty and audio can be delayed. Still, Alexis Mungal, a senior environmental engineering major and current Vice President of UCF’s Glee Club, says the club has adapted quite well. “Rather than seeing it as an issue, we embrace it. Glee Club is a non-competitive group, so we celebrate our members singing and talking about music as a group and how it impacts our lives.” Mungal also says that the club has been relying on breakout rooms heavily as an effective feature in limiting the amount of talking and lessening voice overlaps when members speak or are singing songs over video.

Weekly meetings are still held on Mondays at 7 p.m. and we have continued to find ways in which to engage with our members. One other specific way has been for members of the Executive Board to create Glee Spotify playlists featuring the top five songs of each board member. At the second Monday meeting of the Fall 2020 semester, in an attempt to try and get to know everyone better, they asked the newest members to guess which playlist belonged to which board member.

Glee Club has also started doing “bigs” and “littles” (commonly seen in Greek Life) in an effort to encourage conversation and bonding while still being confined in a Zoom format. We have now started relying on social media more heavily as well in order to advertise ourselves and give members a chance to shine through mini song performances that get posted to our Instagram. As Musical Director of Glee Club, I’m able to work with members on Zoom by helping them pick potential songs that they would want to sing, which I enjoy doing very much. Music is intimate and revealing, so I think that it’s especially important that we and other performance-based clubs try to retain that level of intimacy and community through frequent meetings to create friendships and trust. We’re hoping that for the end of the semester, we can compile a club video performance of Pentatonix’s rendition of “White Winter Hymnal” to mimic how our typically in-person Winter Showcase would have worked out.

While COVID-19 may have halted a lot of Glee Club’s in-person events and activities, it hasn’t stopped its members from singing and creating music. Kassandra Hincapie, junior psychology major and current President of Glee Club, says they’re continuing to try harder in making up for the loss of face-to-face interactions. “It’s important to still try and feel a sense of normalcy and offer new incoming students the feeling of having a role in college other than academics” says Hincapie. “Music in general is a niche. Everyone can formulate their own niche in music and everyone’s experience in Glee is tailored to themselves; they are what they make of it.”  I value Glee Club’s individuality and creativity, as well as their goal of having fun. With music, it’s all about coming together to create something special; the act of creating something as a group that brings us closer, even if it might not sound like Beyoncé or Madonna all of the time. Music is always talked about as the universal language because of the emotional responses that it elicits from people in various communities. I feel I’m able to understand people better within Glee Club from their style of singing and song choice because it makes them vulnerable. Vulnerability has been associated with weakness for a long time, but with Glee I like to call it delight.