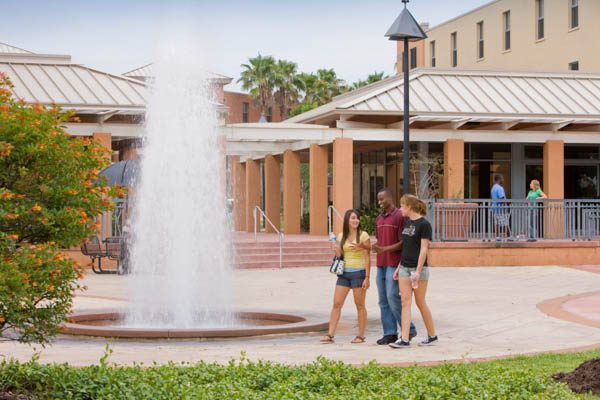 By Brandon Lynch and Charlotte Chufo

It seems interesting that in the “lowest point” of a freshman student’s college career, spur-of-the-moment ideas can lead to friendships and an interest in creative journalism. To entertain a floor of bored first year students, a group of three undergraduate boys started a ‘fake’ newspaper in hopes of amusing both themselves and those around them. What started as a joke evolved into a fully functioning news source, printed and serialized on the second floor of Hercules 108. The paper quickly gained popularity, grabbing the attention of five other freshman students down the hall who, encouraged by the imagination of the original publishers, joined the team and began to write themselves. This group of eight seemingly inexperienced writers came together for one common purpose: to distract themselves and others from Covid-19 and what they were missing out on.

When students gain the ability to choose and construct a narrative completely on their own, the student is most likely to choose a topic that interests them; they are going to choose a subject that comes easiest to them rather than one that will confuse and cause them extra work. This thought process is what sparked the original curiosity in publishing a newspaper for the original students of the 108 Post. At the beginning of the spring semester, a rotten pumpkin, originally a Halloween decoration, became the talk of the second floor of Hercules 108. Passersby would kick it around, hide it, and even put stickers on it. The running gag went along silently for over two weeks until suddenly the carcass disappeared. Many were upset about the disappearance of the pumpkin, as it had become a ‘mascot’ of the floor.

Due to low workload and overall boredom, three students living down the hall from the last known sighting of the pumpkin decided to post a missing notice on their door. They mostly passed it off as a joke, chiding that there was no way that anyone would reach out. But, someone did. Five girls, only a few doors down, decided to bother them. They called the ‘Pumpkin Hotline’, and the groups went back and forth until they met in the middle. That same day the group began work on the very first issue of the 108 Post. The two parties met and quickly became friends, as well as a working team, meeting constantly to collaborate and brainstorm stories, albeit humorous ones, for the future issues of the 108 Post. The students did not have to publish the ad, or even the newspaper after it. However, they did so anyways, intent on accomplishing the goal of making people smile.

Sitting at a desk and creating a three-story paper twice a week at first seemed a little daunting, but with an overactive imagination from the combined students, they could turn anything into a story. Everything from a random sock in the hallway to fire alarms going off in the morning was printed from the team’s personal printer and posted in the little mailbox taped to their door. The satisfaction gained from producing stories and articles for fellow residents was the motivating factor in its creation. Once the paper got rolling, the team began gaining respect for physical paper writing which in turn made everyone on the floor enjoy a non-electronic media system.

Our Resident Assistant or RA would take the paper and put a copy on the main billboard with announcements for the floor. The once glorious life of sitting down and writing articles for trustworthy, fact-based media inspired this team’s methodology. Twice a week the editor, backed by his peers, would sit down and write untrustworthy, made up stories that would serve only one purpose, entertainment. However, the parody style writing gave insight to the ever-changing world of the press. The 108 Post felt as if they were born in the wrong time, but using the resources they had, they continued to fuel this newfound emptiness with a stronger passion for the comedic stories.

It didn’t take long for the news to spread. Soon, people from the other floors would stop by and grab a copy of the paper to read at their leisure. In this age, it seems that the fastest way to make someone laugh is to make fun of something or someone. So, when this paper was created specifically to be made fun of it resided well with the demographic. The technology driven generation has the most potential for connection, but an oddly intricate way of navigating opportunities to speak out. The different sites and apps created for this type of openness all have their own ways of hindering creativity one way or another.

After making the paper, these hindrances seemed unnecessary. The freedom was addicting, allowing ideas to flow out of the paper without fail. These students utilized what little they had and pushed the boundaries of things they could do and say, writing fictional stories catered to their team and their floor. The 108 Post aspires to evoke, empower, and entertain on a daily basis on their own terms and on their own stage, all of which they were able to build themselves.

In the end, limitations can be surpassed. To take an idea and put it into action can become limitless as long as you have the support and desire to continue pursuing benchmarks that are in the best interest of your goals. A headstrong team of freshmen found a hobby to entertain themselves and in doing so spread the joy gained to others around them. They may have started off by saying “We Have Nothing Better To Do” but now they write the paper knowing that nothing could be better than doing what you love. 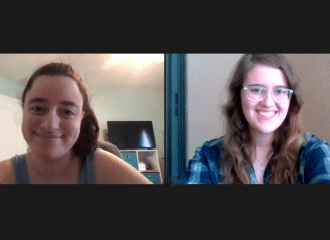 Welcome to Issue 19, “What We Care About”