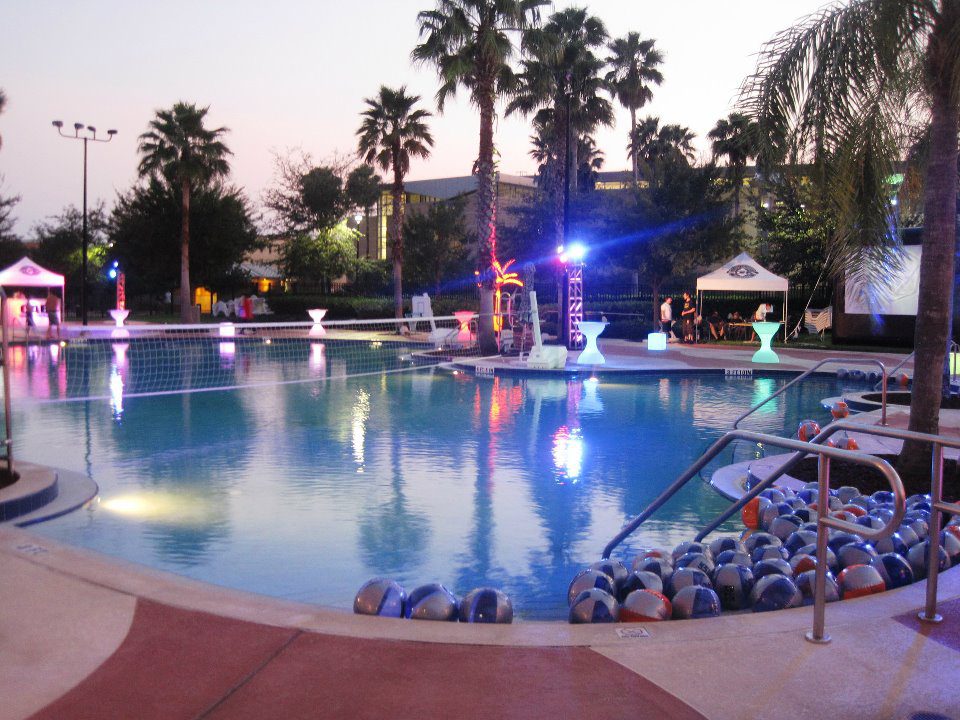 It is almost a given that many college students are hardly involved, if at all, in extracurricular activities, whether on campus or off.  After all, everything that comes with a full-time class schedule and, in some cases, a part-time job, does not exactly make for a semester with much free time.  So it shouldn’t be too surprising when your friend, roommate or classmate say they’re not too involved in campus life.  Add the ever-present stereotype that “campus involvement” equates to being associated with groups that have (hefty) dues, demands and duties and it becomes very clear why skepticism sets in.

Yet what students may not realize is that not every college group asks you to treat it like another class, much less on top of an already busy schedule.  In fact, there are many casual clubs which just about any student can easily join.  Given UCF’s immense student body, you can guess that more than a few people have thought to themselves, “why don’t we just make a club for fun?”  Hey, if a club dedicated to pizza crust-eating can be formed (at a Michigan university, specifically) then why shouldn’t the nation’s second-largest college have something to interest you?

If you’re doubtful, a quick search for groups with “UCF” as their title on Facebook will provide plenty of results.  Want another hint?  Stick to groups with more than a few members, focusing on the “open” groups.  Most, if not all, UCF clubs have some sort of a Facebook page and, if still running, post events within a few days of each other.  Got a moment or two in-between classes on the main campus?  Swing by the Student Union or SGA offices.  Don’t forget that the people who sit by the Student Union pegasus (next to the food court) are there to help you.

So what clubs are available to join?  The answer is simple: Just think about what you enjoy doing.  Those with a chocolate fetish (which is to say any living human being) can look into the Chocolate Club.  UCF will even play host to the Festival of Chocolate from April 27th to the 29th.  Avid religious and political followers are certainly in no short supply either, with many people handing out advertisements or asking for surveys on campus.  Those who actually haven’t noticed only need to walk from the Student Union towards the breezeway to get a taste of the enthusiasm.  Some of you may have even been approached by a sole Monk trying to spread his own passions and interests.  A well composed individual, he usually walks around Pegasus Circle and casually introduces himself to a number of passing students.  One doesn’t need to look far to know what’s available at a college like UCF.

Speaking of availability, maybe you think marijuana should be (readily) available and treated with less of a frown and more of a hazy smile.  You wouldn’t be alone, either; [email protected] is a club that has attracted over a thousand members online and has even won awards such as the Knights of the RoundTable (KORT) Best Organization of the Year.  Combine that with the fact twelve states have decriminalized marijuana with fourteen legalizing the “use and possession of medical marijuana” and it’s easy to see why it’s gathered a such large following.

Those with a keen eye for movies can check out the Film Club, run by Barry Sandler, who wrote the screenplay for 1984’s Crimes of Passion, starring Kathleen Turner and the original Psycho himself, Anthony Perkins.  The Film Club meets in room 145 of the Communications Building every Tuesday night at 7:00, showing (lesser known) feature films, including the occasional exclusive screening.  If you have a personal short film you want feedback on, they’re more than willing to let you screen it in front of the fellow members.  There’s also a podcast held by the administrators on thefilmclubpodcast.com that you just might be able to take part in for an episode (got a film you want to argue as perfect?  Let them know).

Got Iron In Your Blood?

Perhaps you’re an enthusiast of heavy metal or one of its many subgenres, be it black metal, folk metal or even progressive symphonic melodic death metal (if you want to get specific); you can share your interest with others at the Heavy Metal Knights club.  The Heavy Metal Knights host a meeting Wednesday nights at 8:30 as well as a weekly “Jam Session” every Friday night.  It’s really the next best thing to a karaoke night in your garage.  Clubs such as this are also open to suggestions for new things to do or ways to expand themselves.  So if you think everyone should try to one-up each other with black metal attire for Halloween, then let your extreme gutteral voice be heard!

Not to leave the more athletic crowd out, there are an assortment of clubs catering to that field as well.  Have a look at the Urban Gaming Club, which lets members participate in various games like Assassins, Capture the Flag, Manhunt, Zombies vs. Humans, Eggplant Tossing, Dodgeball and more.  Whether indoor or out, these games will make you feel like a free-spirited kid again amidst the tossing and chasing.  Or if you want to take part in a more sport-oriented event, the Recreation & Wellness Center offers several chances to get together and compete every month; these events range from golf, to soccer, kayaking and other activities.  Have a look around the Marketplace in Ferrell Commons and you’ll find a board or two lying around to let you know just what is coming up.

On the other hand, maybe virtual reality is your forte for competition.  If so, the Gaming Knights (formerly LANKnights) throw get-togethers for all sorts of videogaming.  That means if you want to tell someone how much they suck for sniping you in the military shooter of the month, you can do so right to their face.  So yes, the true multiplayer experience of everyone getting serious-faced all together at once is still very much alive.  There might be a $20 due to join, but it allows for a full academic year of priority tournament entry, winning prizes, discounts and benefits from sponsors (including Gamestop and the UCF Computer Store) as well as the club t-shirt.

But say you join a club and suddenly a lot of priorities come up since, this being college, several projects being due the same week is fairly common.  Fortunately, when this happens, you can rest easy since (most of) these clubs are undemanding.  College happens, so it only makes sense that a few clubs don’t hold you to weekly appearances.  More times than not one meeting has no impact on another, so don’t worry if you’re absent for a while and suddenly show up after being gone for three meetings.  Likewise, many won’t demand much for you to join, if anything at all.  Just show up and have interest in the club are you’re set.  Case in point: Campus Activities Board (CAB).

Every month, CAB offers events open to all students, including CAB Cinema and Movie Knights screenings–often in front of the Arena.  These are usually films that just left theaters but have yet to be released on Blu-ray/DVD.  Every now and again, however, classics such as Pulp Fiction, Fight Club and, most recently, Toy Story and The Lion King are shown.  CAB also offer the occasional bingo nights, often with assorted prizes up for grabs.  Additionally, people often visit for CAB Speaker events, drawing the attention of individuals such as film critic Richard Roeper.

Do It From Home: Memes and Craigslist

But why stop there?  A few of us like to do EVERYTHING from home, going out of our way to get an online-class-only schedule.  If that’s your preference, then you also have a few options.  Got a thing for internet memes?  Share and enjoy memes pertaining to UCF itself on the UCF Memes page.  Or maybe you got some stuff that you want to sell but have a hard time finding people who are interested.  In that case, join the UCF Craigslist group on Facebook and post what you’re looking to sell, buy or exchange with others.  For all the money many of us spend in college, it never hurts to try and make a few quick bucks back.

At this point, the doubts must surely be cast aside.  Just because Greek life and fraternities are among the most popular organizations doesn’t mean they’re the only ones.  Likewise, not every club you’ll find holds you to standards while further crippling your bank account.  College might be a place for hard work and studying, but that doesn’t mean your only option is to timidly bend over.  Rather, one should see what clubs a college offers for the sake of having a good time with others.  There’s socialization and fun to experience, often at little to no price.  The best things in life aren’t always free, but when fun and free go hand-in-hand, there’s really not much room to complain.

If you’d like more information, here are the links to the mentioned clubs: