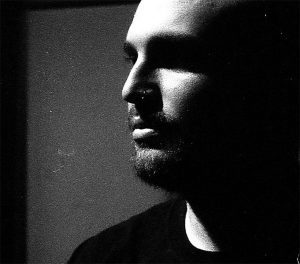 I’ll See You in the Morning explores the relationship between the choices we make and the consequences we bring on ourselves and others. The characters of this collection all struggle with decisions that have unforeseen results, and decisions that cannot be taken back. Their stories probe the obscure fault-line that exists at the collision of free will and deterministic fate, between nature and morality. Characters will face temptation – a submarine filled with cocaine, an undead lover in the crawlspace, a journey across an exposed ocean floor – and they will have to weigh their desires against the needs and safety of others. The choices these characters make may be selfish or harmful, but each will try to do the best they can with what they have.

Everett stood over his sleeping son’s hospital bed, looking at him. Eggshell skin, baby blonde hair. The boy sucked absently at a pacifier. He would never outgrow it. Burton was not sure how, but he knew. The doctors had told them there could still be a miracle, it was not likely but it could still happen, and Kate still held onto that, but Burton knew that without an abundance of horror there could be no miracles. His son would not leave this hospital. And then what? Without Jack, he and Kate were strangers, no longer moored to each other by responsibility and resentment. And without Kate, the carefully laid tracks of his life collapsed before him. He could do anything. It was frightening and, somewhere in there, exciting too.

But he was not being honest, and he knew it. There could be a miracle. The boy could be spared. The track rebuilt. Life restored. And to him that was more frightening than anything else. A known end. A long march over a tall cliff. He tried not to, but he hoped there would be no miracle. He hated himself for it, but he had fantasized of his son’s death since the diagnosis. All his talk of horror and grace had been what his sponsor had called bullshit.