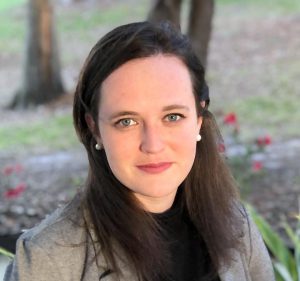 What if the sun disappeared but the world didn’t end? A boy with wings fell out of the sky? A piano prodigy vanished but the disappearance didn’t stick? Sunseekers is a collection of short stories that explores the intersections of memory, identity, and narrative. How do the stories we hear, tell, and internalize shape the people we are becoming and the worlds we are making? Stories stay with us. They shape us, and they change us. The longer they sit within us, the more they begin to interpret our pasts, define our presents, and set trajectories for our futures. And as the boundaries of memory are blurred, so are the patterns of time. In Sunseekers, the traditions of magical realism, fairy tale, and literary realism intersect as characters and their narratives are exposed to the wild and startling fabric of the world as it is.

When the Shade appeared, first a lengthening shadow and then sinking across the sky from either pole like a theatre curtain closing, we braced ourselves for what would come next – a meteor strike, maybe, a burst of flame and then nothing, or even a long freeze like a fist tightening. Instead, the Shade swallowed the world into a thick darkness that never wavered, and that was it.

My father noticed, if not first then sooner than most, the signs of what was coming. At the kitchen table, he puzzled over papers printed with tiny points of data. I overheard him repeat the word “irregularities” to my mother. Dad was an astronomer. A professor at the small college where I attended and my brother, Caleb, had gone before medical school and the youngest, Thea, would have gone if she hadn’t run off to Europe with friends as soon as she turned eighteen. From the observatory Dad operated—a small brick building with a balcony and a dome built on a hill at the edge of campus—he spied the overtures of the shadows, the way the daylight was shrinking, imperceptible to the naked eye, although it was springtime, supposedly reaching for summer. But it didn’t matter that Dad had felt a premonition or that he hadn’t been able to find anyone to pay attention to his findings or even that he wouldn’t have known what warning to give if someone had listened, because the Shade caught up with the world and there wasn’t anything anyone could do to stop it or turn it back or even explain how the world could get stuck halfway through its ending.