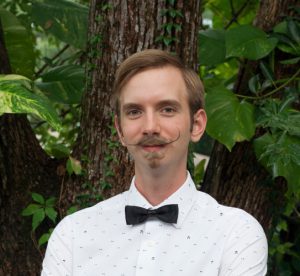 While perhaps more honest conversations about identity are occurring today than ever before, the violence infused into identity by millennia of conflict has barely been reduced, if affected at all. Indeed, identifying with a particular political party, religion, sexuality, etc. is often considered a declaration of war on those of differing beliefs and/or existence. The abuse and toxic perceptions created by such conflicts have only fed our culture’s escapist tendencies. Now, individuals often role play characters’ adventures and/or binge watch the lives of others more than they live their own, and the face—both figurative and literal—that individuals show on social media is partly, if not wholly, a persona. Seeking to escape reality, we have become a people skilled at substituting for every part of it, including ourselves.

The Morpheum Principle is a dystopian novel that aims to explore such issues by examining the nature of perception and how escapism/self-substitution can lead to self-erasure. Set in the city-state of Morpheum—a society that has banned the public expression of personal identities and mandated that its citizenry wear masks at all times—the narrative follows the lives of the twin sisters Dalia Lorenson and Anastasia Peddlebrook. Born to an abusive mother and a negligent father, Dalia seeks to dissociate herself from their parents’ and culture’s view of her blindness while Anastasia strives to break free from being their mother’s personal slave and another mindless citizen. Both take refuge in the personas allowed during Morphuem’s masquerades, and both must decide how much of themselves they are willing to sacrifice to escape the labels and lives that hold them.

Dalia wondered why black was the color of grief. Both glossy and matte black fabrics were used for the most elegant suits and dresses. Black striped the lionfish mask that the government had assigned her for soirees and the dress Anastasia made to match it, and their mother had called the outfit gaudy. Black was the color of night and, therefore, rest and relief from the day’s work. Anastasia had told her that black was the color of nothingness, that it was the color Dalia saw. There had certainly been times when her lack of sight angered, maybe even grieved her, but she perceived the color before her not as nothingness but more as the fabric of her reality. It was neither gaudy nor elegant, neither happy nor sad. If she had a word for it, it was stable. When she wore black, she matched the color of her world. There was a beautiful unity to that idea. Anastasia would like the balance of it.