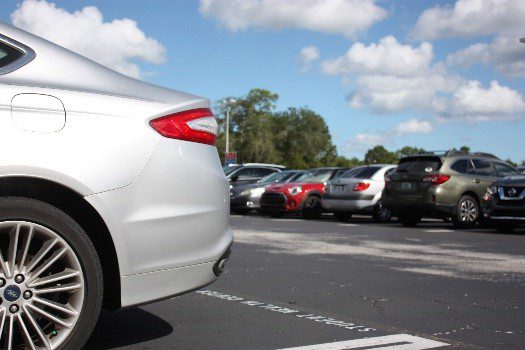 Many UCF students are commuters— if you clicked on this article, chances are you’re probably one too. I commute from Melbourne an hour each way two days a week, so it goes without saying that it’s a bit of a struggle to come up with things to keep me occupied on the way to and from school. However, I’ve done some research, talked to my fellow commuters, and thought about the issue long and hard myself, and I’ve come up with some tips to help you out if you’re stuck commuting:

Finding someone to share the load with you helps you stay sane and save money on gas. Ask around in your classes, and see if there’s anyone else who you can commute with. In every class I’ve been in since I transferred to UCF, there has been at least one person commuting from the Melbourne area. I’ll admit this is a difficult one; I haven’t even found a commuting buddy for this semester so far. However, since there is probably at least one person who lives in your city in each of your classes, you’re bound to find someone to commute with.

Spotify Premium is only $5 a month for students, and it has helped me so much with my commuting. Spotify Premium lets you download albums so you can listen to them without using data. It’s super easy to use and every album I’ve searched for so far has been available. It’ll really help you from becoming bored on that long ride over.

There’s a service called Audible that’s great for audiobooks. However, it’s a little pricey—an Audible subscription is $15 a month, plus you still have to pay for the books you listen to. If you want to listen to audiobooks, but you can’t afford Audible, then your local library should also have plenty of audiobooks available on tape and cd.

Listen to a Podcast

Spotify and Apple both have podcasts available for streaming. There are literally a bajillion podcasts out in this world. I’m sure you can find one you’re interested in.  According to Vulture, here’s a list of the best podcasts in 2018.

Put your phone on speaker and set up your commute time to be the time you catch up with someone you’re close to. I set up my Monday morning commute as the time I talk to my best friend. It’s a lot less lonely of a ride when I have someone to talk to.

Use Something to Wake You Up

I don’t know about you, but I’m exhausted after a long day at school. The last thing I want to do is drive an hour back home. So, do something that wakes you up. For me, that’s typically making sure I have a coke on hand. If you want to avoid caffeine, try a face spritzer or essential oils.  It’s tough to fall asleep after you’ve just used peppermint oil!

Think about how much money you’re saving!

At the end of the day, commuting sucks. You can’t hang out with your school friends, you can’t join clubs, and you have to drive all the time. But just think of all the money you’re saving. Gas may be costly, but it’s not as costly as living in Orlando. So, look at the bright side! You’re not paying thousands of dollars for a student apartment. You’re just paying a couple hundred in gas. It’s really quite the savings!  In the end, you have to do what you have to do to make commuting suck less. I like listening to Spotify and making phone calls, but do whatever makes it less painful for you.

And remember—it’s only temporary. You don’t go to school forever.