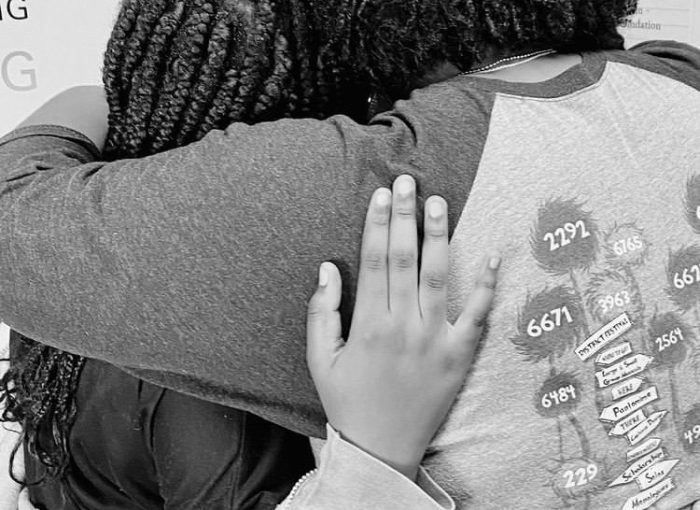 After a particularly difficult day of programming, one of our volunteers criticized the students’ restless behavior, saying she would’ve “thrown them out” of our program space. She ranted for a bit about their behavior before we reminded her that some of the students are faced with different challenges than we are, to which she replied, “I guess I wasn’t raised like that.”

The volunteer is a UCF student completing a service-learning requirement at Page 15, a literacy-based nonprofit in downtown Orlando. One of Page 15’s programs is the Young Writers Society, an after-school program for kids in Parramore to explore themselves through creative writing.

In such a vulnerable environment, students often reveal personal hardships. More often than not, the kids we work with come from very different backgrounds than UCF students. They’re sometimes put in difficult situations where we might perceive their words or actions as “bad,” or they might behave differently than we would in certain settings.

Amy Morin, a psychotherapist and host of The Verywell Mind Podcast says, “Due to physiological effects on the child’s brain, stress ignites a “fight or flight” response that might be beneficial in the short term—such as preparing for a test—but harmful over long periods of time. Given that [a] child’s brain is in a period of rapid development, these hormonal responses can be detrimental to learning ability and behavior.”

Kids are under a lot of stress. Beyond stresses of standardized testing and social pressures, our students are also all people of color living in a historically Black neighborhood, mostly coming from families in lower socioeconomic classes, and tending to have low scores on our mental health surveys. While children’s misbehavior as a result of hardship and trauma is common across all areas, the historical and systemic racism abundant in Parramore’s history only adds another layer to the damage our students are already processing.

Teju Cole’s “The White-Savior Industrial Complex” article details how well-intentioned volunteers that don’t fully understand the issues the communities they’re serving face are actually harming people. He explains that they need to be open to learning from community members instead. He explains that people “are under pressure to be well-behaved when talking about their struggles,” but that’s an unfair expectation, especially for children who lack the language to express themselves fully. The Young Writers Society’s purpose is to encourage students to explore themselves through developing language. If students know how to fully process and express their emotions, there would be no need for our program.

If we’re truly dedicated to helping students’ emotional growth, we mustn’t judge or shame them for their experiences or behaviors. Instead of approaching with anger or indignation, it’s important to approach them with curiosity. It’s clear the aforementioned volunteer didn’t intend harm—she willingly joined a service-learning class centered around helping our students—but having a good intention doesn’t prevent harm. It isn’t enough. We need to have the openness and willingness to learn when we’re wrong and vigilantly adjust ourselves to help the students we serve.