“Find What You Love and Just Do It”: Anna V. Eskamani Interview

by Morgan Toscano and Leandra Preston-Sidler 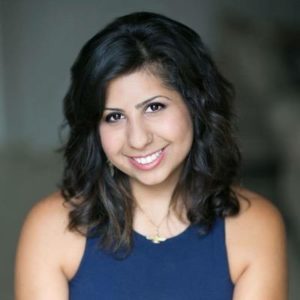 Anna Eskamani’s first involvement in activism occurred when she was in fifth grade and tried to petition moving one of her friends to another classroom. Since then, the experience of organizing and building a movement of power has stuck with her.

Anna has been involved with numerous organizations and programs that opened her eyes to the injustices of our society. It started in 2010 when she took her first Women’s and Gender Studies class, “Introduction to Women’s Studies” with Dr. Preston-Sidler. Her involvement in that course allowed her to make connections between her coursework and social injustices in society. Since then, she has earned her second degree concentrating on Women’s Studies while also continuing her service-learning and research in UCF’s Women’s and Gender Studies Program. Her activism didn’t stop after her graduation though. Post-graduation she joined the Women’s and Gender Studies advisory board while completing the program’s Graduate Certificate in Gender Studies. Through the WGST program she has been involved in hosting fundraisers and other fun events, and in the fall will teach for the program.

Her activism efforts have been directed towards reproductive rights with a focus on teen pregnancy due to her own personal experiences. Like many other American women, she has been a patient of Planned Parenthood organization. She was born and raised in Central Florida, attending public schools. Her mother passed away when she was thirteen and when she needed information on contraception options and reproductive health, she turned to Planned Parenthood. All the information and services they provide led her to become a volunteer for the organization. In 2010 she started out as an escort, walking patients to and from their cars during periods of protests. Then in 2012, she was offered a job at her local Planned Parenthood and currently serves as the Director of Public Policy and Field Operations. Through this job, she manages the program’s advocacy, field and communication efforts across 22 counties involving eleven different health centers. Anna believes that “the issues of reproductive health, rights, and justice are not just personal; they also are the key to living a full and productive life.”

The United States has one of the highest rates of teen pregnancy out of all the industrialized nations. She believes that access to contraception and comprehensive sexual health education are essential to lower teen pregnancy rates. She considers it extremely important that young people in Florida have access to this type of information so they can lead safe and healthy lives. She says that this “must start with comprehensive sexual health education in our public schools,” because this programming when based on fact is proven to work. Anna hopes that in Florida the “Healthy Adolescents Act” will pass in legislative session in 2017 so sexual health education can be streamlined in public schools.

Anna has volunteered through various organizations to promote positive changes in her local community. She originally volunteered through UCF Arboretum and Dress for Success. Since then she has expanded her volunteer efforts to both nonprofit and political groups. She is a member of the League of Women’s Voters of Orange County, United Global Outreach, Coalition for the Homeless, the Orange County Democratic Party, and the Democrat Women’s Club of Florida, in addition to Planned Parenthood.

Throughout her years of activism and volunteering, she finds it most rewarding when she can make a positive impact on people’s lives because those moments most profoundly define her work. Her tip to all the people out there trying to make a difference is to, “Find what you love and just do it. If you are happy with who you are becoming than you can be content in any situation.”