ELIZABETH/SIDEBOTHAM, Can We Skip To the Good Part, acrylic, cake, frosting, sprinkles, gold leaf, and resin on CNC scrim board,
36" x 36", 2017 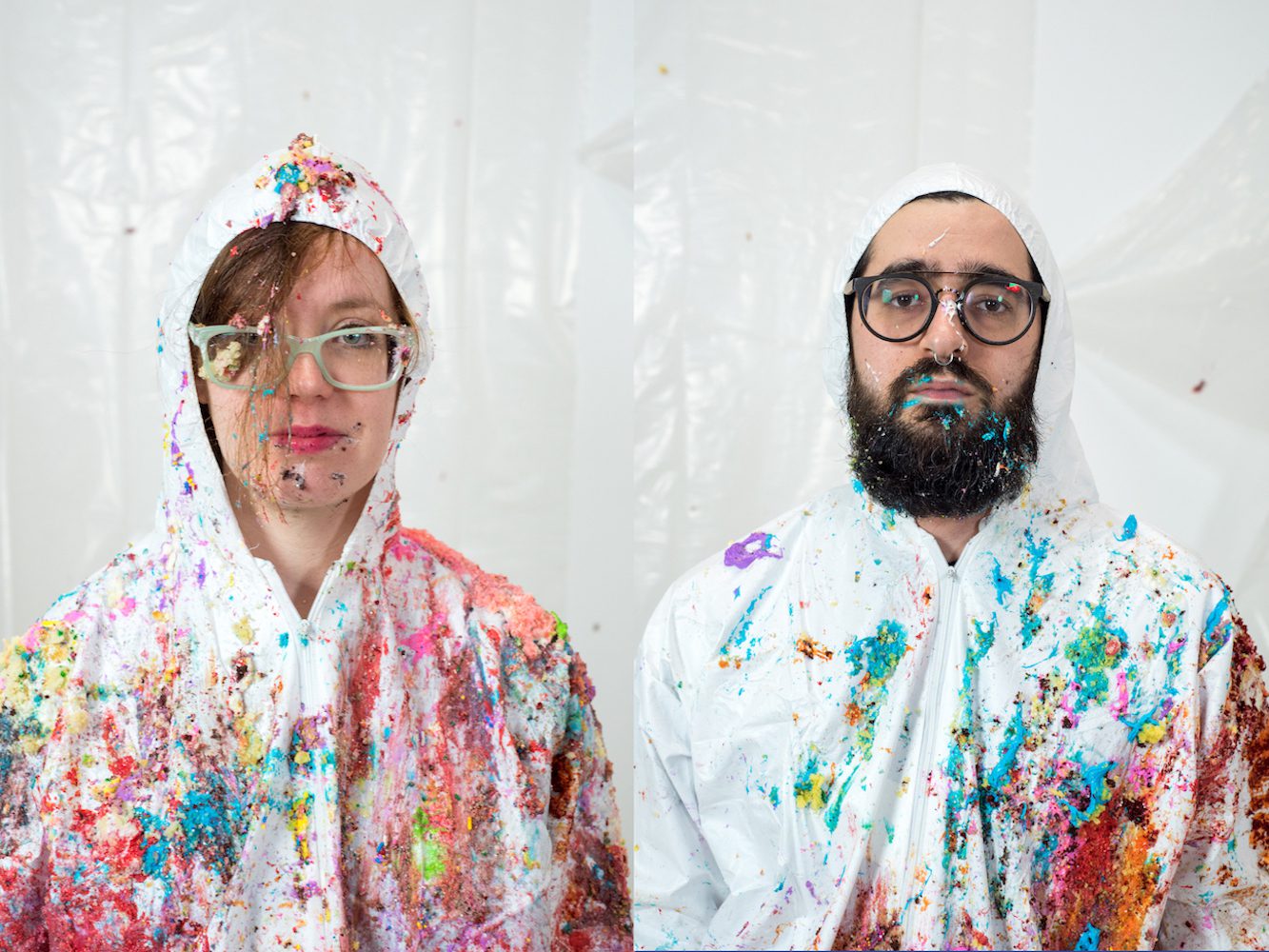 Please join us for the following events at the UCF Art Gallery:

Elizabeth / Sidebotham embraces the paradox presented by the intersection of a

replaces frivolity. The materials, forms, and modes of productions are infused with

memory and sentimentality and exist in a state of premature nostalgia. There is

profundity in the banal, but it is also spectacularly boring. Elizabeth / Sidebotham strives

to capture this contradiction.

and sprinkles along with gold leaf in order to explore questions about banality,

celebration, and experiential value. Harry Sidebotham is first and foremost a painter. He

engages in the tradition of painting, investigating scientific theories such as parallel

dimension theory. They have two young children and a collaborative studio practice that

Erin Elizabeth received her B.F.A. from The School of the Art Institute of Chicago and her M.F.A. from Illinois State University. Elizabeth’s works have been featured in national and international solo and group exhibitions. Notable solo exhibitions include Dittmar Memorial Gallery at Northwestern University and Happy Gallery in Chicago. Elizabeth has received press in The Chicago Tribune and The Indianapolis Business Journal. She has work in the permanent collections of Harold Washington Community College and the Limerick School of Art and Design in Limerick, Ireland.

A third-generation painter, Harry William Sidebotham II received his B.F.A. in painting from The School of the Art Institute of Chicago and his M.F.A. in painting from Illinois State University. Notable solo exhibitions include: Happy Gallery, NYCH Gallery in Chicago, The College of DuPage, and The Indianapolis Art Center. Sidebotham’s work has been featured in New American Paintings and he was a Luminarts finalist and the regional winner of the Bombay Sapphire Artisan Series.