The 2018 Annual MFA Exhibition is a group exhibition showcasing the thesis work of Master of Fine Arts candidates in the UCF School of Visual Arts and Design. The work includes Forrest DeBlois’ paintings and drawings of Florida’s environment and animal inhabitants; Mark Gerstein’s haunting mosaics of video, photo collage, and sculpture; Ryan Michael Gleason’s melancholic hallway and a room within a room of enigmatic domestic images; Diane Parks’ transcendent paintings of the ethereal in nature; and Chris Santos’ drawings, paintings and sculptures of iconographic totems and masks.

In Forrest DeBlois’ work he frequently juxtaposes the wildlife and the natural world of Florida against modern infrastructure and humanity. Forrest is interested in deconstructing his painted images, removing all information but for what is necessary to retain symbolic context. He often provides physical windows into past states of his work, exposing under-paintings and drawings to hint at information now hidden under the finished image.

Forrest DeBlois was born in Vero Beach Florida. He received his BFA in painting from the UCF. 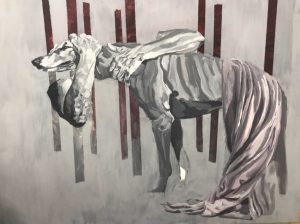 Mark Gerstein’s work has moved beyond the convention of film as an image on a screen to the intersection of motion picture, the still frame, and the third dimension in an art gallery setting. By projecting video onto photographs and sculptural surfaces, his work exceeds the tonal range of typical visual experience, illuminating emotional connections and fissures within family, and hidden meanings of haunting memories and familiar places.

Mark received a BA in Philosophy from the University of Chicago. He began his career in the mainstream film industry in Los Angeles, where he worked in the film editing room for over 15 years on films and television series from major film studios and television networks (including Columbia/Tri-Star, Warner Bros, ABC, NBC, CBS). He has written and directed a series of narrative, documentary, and experimental films that have exhibited in dozens of international film festivals and broadcast television (including Huesca, Oaxaca, Sonoma, Iowa City, Cleveland, PBS). 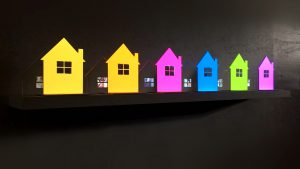 Ryan Michael Gleason’s installations and sculptures draw on his melancholic memories of attempting to fit into an idealized suburban life. He was born in Buffalo, New York where he grew up in a very conservative middle class home.  His work is informed by his experiences as a theatrical set designer; in particular a production titled, “Intimate Apparel”, where he designed five different living locations within one set.

Ryan received a BA from the State University of New York at Buffalo in Theatre, Media, and Studio Art, which inspired his current interdisciplinary work. Presently, he is an elementary art teacher at a local school and lives in Orlando, Florida. 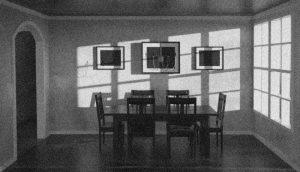 Diane Parks explores images of the forest, sky, and ocean to paint symbolic and abstract landscapes to communicate aspects of the spiritual and her visions of the sacredness of the Earth.

Diane lives in Ormond Beach, Florida. She received a BFA and a Master of Arts in Teaching (MAT) in Painting and Drawing from Florida Atlantic University. While pursuing her MFA at UCF, she also teaches at Daytona State College in Daytona Beach. Diane was born in Fort Benning, Georgia but has lived in Japan, Germany and Italy. 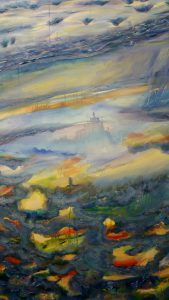 “As a child my family moved around a lot. I was born in Yonkers New York, and my family is originally from Cape Verde. Shortly after we moved to Shreveport Louisiana, then Newark Delaware where I spent a majority of my childhood. My father kept moving around after my parents split. I was exposed to many different cultures, cities, and ways of life. Each city and state has a different social climate that dictates the mentality of people. My dad lived in Detroit Michigan when I was a teenager and the lifestyle of Detroit and the people of Detroit are very different than Delaware or New York. Being exposed to these different environments has helped me understand the human condition better. These experiences have helped mold my outlook on society and that has directly impacted my art making.”

Christopher Santos’ work obscures the lines of what is African and what is American and how that enigma defines him. He uses found materials to create metaphors that visually and conceptually narrate the modern tragedy of our society.

He earned his BA in Studio Art at Delaware State University, and is currently a Studio Art MFA candidate at the University of Central Florida. 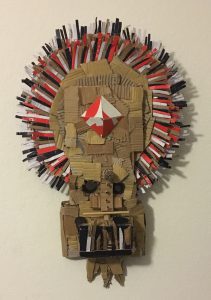 Christopher Santos, King of No Nation, Cardboard and paint, 2017