Please join us in the Gallery for: 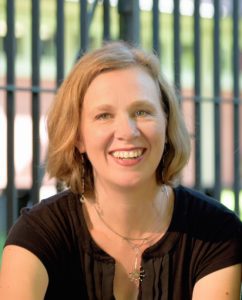 This event is FREE, no ticket required.

As a member of the Bugallo-Williams Piano Duo, Ms. Williams has performed throughout Europe and the Americas, including the Ojai Festival, CAL Performances, Miller Theatre, Musica Contemporanea Ciclos de Conciertos (Buenos Aires), Palacio de Bellas Artes (Mexico City), Warsaw Autumn, Cologne Triennale, and Wittener Täge für Neue Kammermusik. The Duo’s debut CD of Conlon Nancarrow’s complete music for solo piano and piano duet (Wergo, 2004) has garnered much critical acclaim. Wergo released the Duo’s second CD of the music of Stravinsky in 2007 and their third, with music of Morton Feldman and Edgard Varèse in 2009. Their recording of the complete piano duets of György Kurtág was released in 2015. Ms. Williams has also recorded for Mode, Albany, Beauport and Hat-Art. She has won the Wayne Peterson Composition Prize, Audio Inversions Composition Prize, Thayer Award for the Arts, an ASCAP Award for Young Composers. She was the recipient of a Howard Foundation Fellowship for 2008- 2009 and received a Fromm Music Foundation Commission to write a piece for the JACK Quartet in 2009. She was recently named a 2015-2016 Guggenheim Fellow in Music Composition and winner of the 2016 Goddard Lieberson Fellowship from the American Academy of Arts and Letters.

Ms. Williams holds a Ph.D. in composition from the State University of New York at Buffalo, where she also received her Master’s degree in piano performance. She has taught at Bennington College (1997-2000) and Northwestern University (2000-2005) and is currently Associate Professor of Composition at the University of Pittsburgh. An avid proponent of contemporary music, she served as Assistant Director of June In Buffalo, Director of New Music Northwestern, and is currently on the Artistic Boards of the Pittsburgh-based concert series, Music on the Edge, and the Yvar Mikhashoff Trust for New Music. In 2014, she became the Artistic Director of New Music on the Point in Vermont.