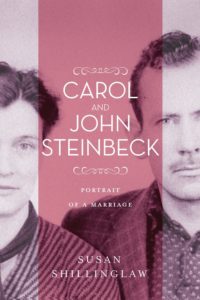 The Legacy of Steinbeck

Key Note Speaker Susan Shillinglaw is a Professor of English at San Jose State University, Director of the National Steinbeck Center, and author of Carol and John Steinbeck: Portrait of a Marriage, On Reading The Grapes of Wrath, and A Journey into Steinbeck’s California, will discuss Steinbeck and the legacy of The Grapes of Wrath.

Free and Open to the Public! 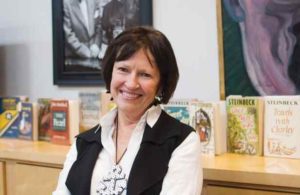 A specialist on Nobel Prize-winning author John Steinbeck, Shillinglaw is one of the top scholars in the world on the subject, and since 2005 has been scholar-in-residence at the National Steinbeck Center. Her research portfolio includes several edited books and scholarly essays, five introductions for Penguin Classics,  A Journey Into Steinbeck’s California (2006, second edition 2011), and a biography of Steinbeck’s first marriage to San Jose native Carol Henning, a forthcoming book from the University of Nevada Press that she says defines her career as a Steinbeck scholar. Among Shillinglaw’s numerous grants for studies on  Steinbeck are four from the National Endowment for Humanities for Steinbeck Summer Institutes, “John Steinbeck, the Voice of a Region, a Voice for America.” Focusing on place and ecology, each “works to bridge the gap between the humanities and the sciences.”

Shillinglaw’s work has been recognized nationally and internationally, and her articles and introductions are “a major contribution to the Steinbeck field,” said a nominator. Her work has clearly benefited the field of Steinbeck studies as a whole; each scholarly project has challenged Shillinglaw to write to a broad audience. It is the positive and visceral response to Steinbeck’s work that has allowed her to touch so many people and to lecture around the world.

The director of San Jose State’s Center for Steinbeck Studies for 18 years, Shillinglaw is presently working on a Steinbeck encyclopedia devoted to cultural contexts for each book as well as a book on Steinbeck and the Soviet Union. There’s always more to know about a writer whose work remains firmly in the canon. Shillinglaw wrote: “Steinbeck endures because he does not permit readers to complacently dig in, like the hermit crab. He embraces the fullness of life. With compassion, tolerance, and humility, he surveys landscapes: of place, of spirit, of a nation.”

Shillinglaw earned a bachelor’s degree from Cornell College and master’s and doctoral degrees from the University of North Carolina at Chapel Hill.

This lecture is in conjunction with In the Eyes of the Hungry: Florida’s Changing Landscape Exhibition funded by the National Endowment for the Arts.

In the Eyes of the Hungry 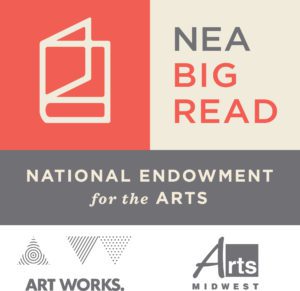