I Stand with Standing Rock

This piece was made to represent that we as people are stronger together than apart. We decided to use art making as an act of standing in solidarity with our Native American brothers and sisters and as a display of resilience. The indigenous people in our country embody the theme of elimination and resilience. Over the years, there have been countless times that the United States has tried to eliminate them, their land, their freedoms, and their rights. They have been incredibly resilient in the face of so many adversaries. This piece focuses primarily on the Standing Rock Sioux Tribe because of all the recent decisions being made regarding the Dakota access pipeline. This piece was specifically inspired by the star quilts that the Sioux Indians have been making for years. We hope that this piece will make others reflect and unite for basic human rights that everyone deserves. We believe that together we can make a difference! 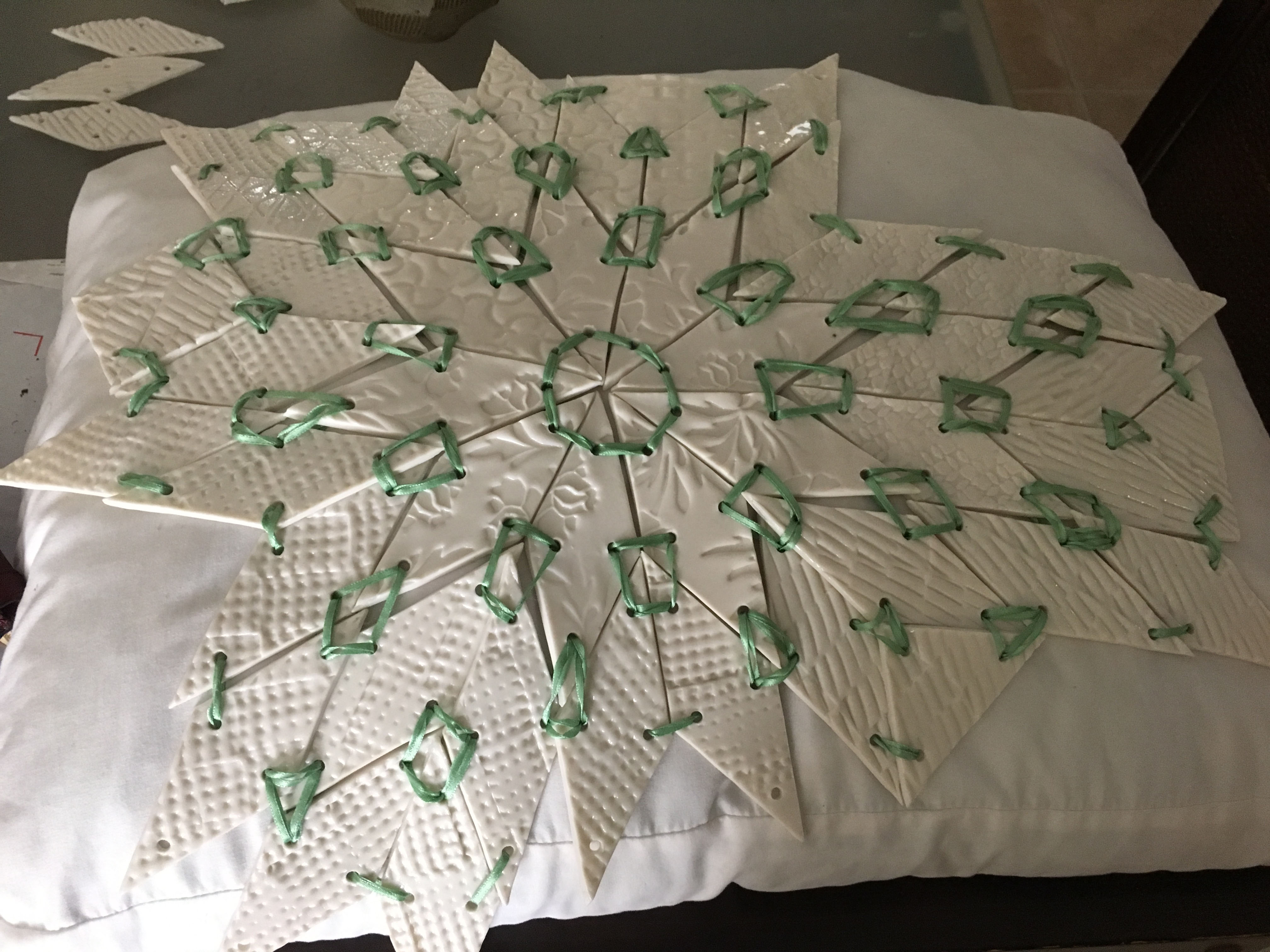 In an era where business endeavors such as the Dakota Access Pipeline threaten Native American health and wellbeing, it is imperative that the American public recognize the presence and importance of Native American peoples and cultures in the 21st century. History repeats itself as ignorance and greed allow for the disregard of indigenous peoples for the benefit of Western consumer interest. This collection of materials strives to inform the reader about a variety of topics, from tribal history and oppression by white colonists, to Native American cultural contributions and laws surrounding tribal autonomy, in order to broaden understanding of the contemporary Native American experience. 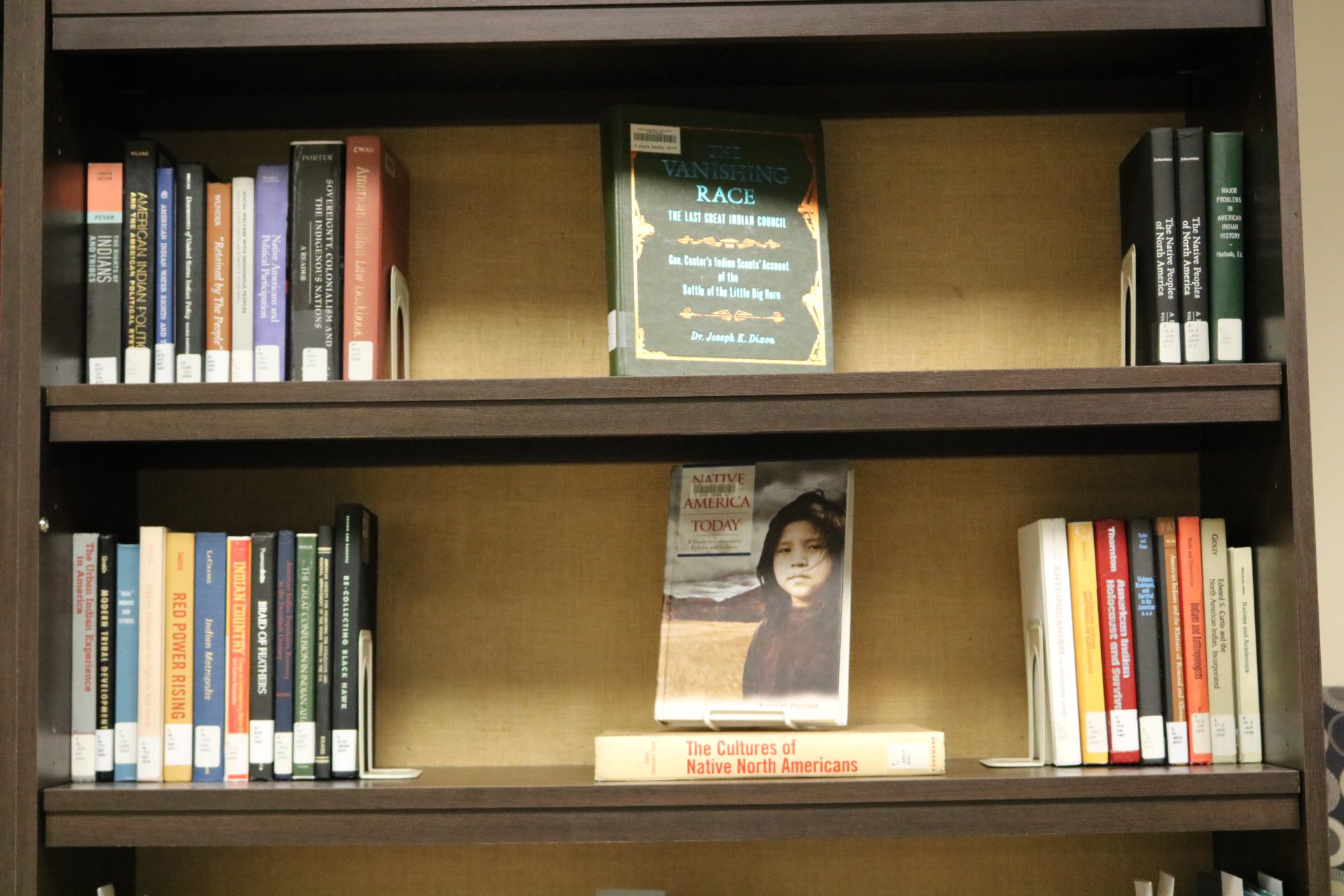 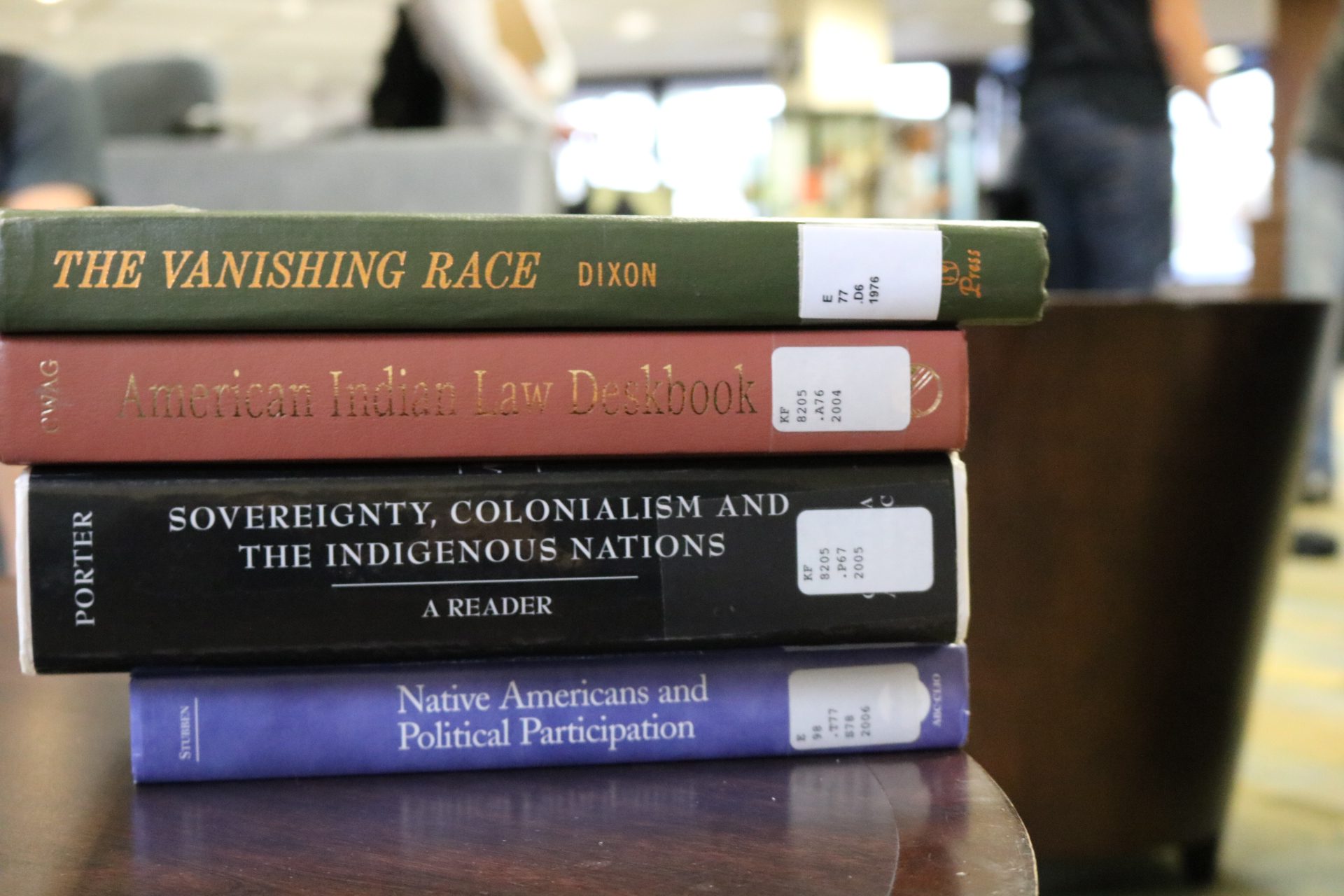 Three times a day we cast a vote. Our meals are ballots and the winner is too often the conglomerates of the food industry that are squashing small farmers, making backwards deals with politicians, and injecting lies into consumers’ minds through propaganda and crafty marketing.

A major contributor of this preposterous saintly demeanor is Monsanto: a multinational agrochemical company. Specializing in the soybean, they traipse around like saviors in the war against food insecurity when in reality their image is nothing more than a false iconography that is contrived and guilded with false promises.

Conglomerates like this have promised to alleviate hunger and improve Americans’ intake of fruits and vegetables through processes like GMO’s, when in reality, GMO’s have been around (abundantly) for 20 years and have yet to remotely fulfill their promises.

My piece depicts Monsanto as a contrived Byzantine-esque saint (“Santo” in Italian) to reflect the wealth, contrived formality, and high esteem of the corporation, and, fittingly adorning his sithe is a rosary replacing the sanctity of the Cross with the food industry’s god- Money.

For centuries, churches and pious individuals would commission icons like this to be plastered around cities. These images were the “Bibbia per i poveri,” or, the “Bible for the poor.” The poor were illiterate and received lessons from only these public pieces. To me, the irony of the modern world is that we have so much information at our fingertips yet we continue to revert back to the iconography forced before us by the conniving consortiums.

Juxtaposing this contrivity are my raw, unedited photos of UCF Arboretum volunteers: a natural representation of people truly fighting to alleviate food insecurity. The medium of photography captures a whole situation rather than filtering and guilding what we, the consumers, witness, thus, capturing the sobriety of a purified method of agriculture used by the Arboretum. I included a predella of photographs because the Arboretum is a true depiction of dedication and deserves a continual display but Santo Mon has nothing more to offer than a single, heavily contrived canvas.

How do you make an impact? Vote with your dollars. Know what you’re being fed and what you’re feeding into and make sure that you ingest everything you’re told with a grain-or a spoonful- of salt. 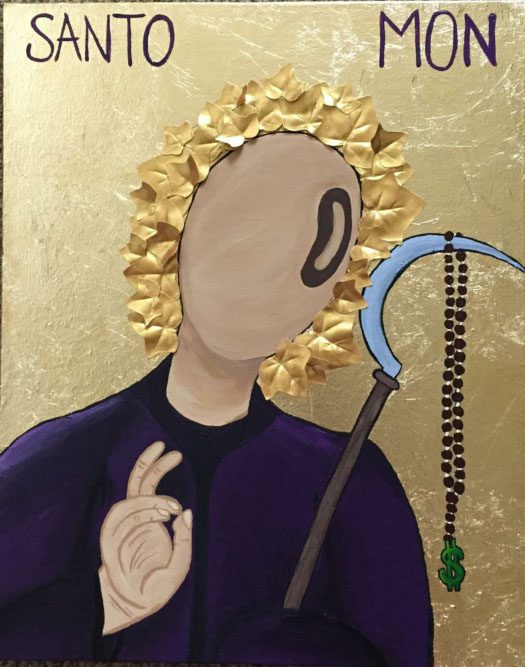 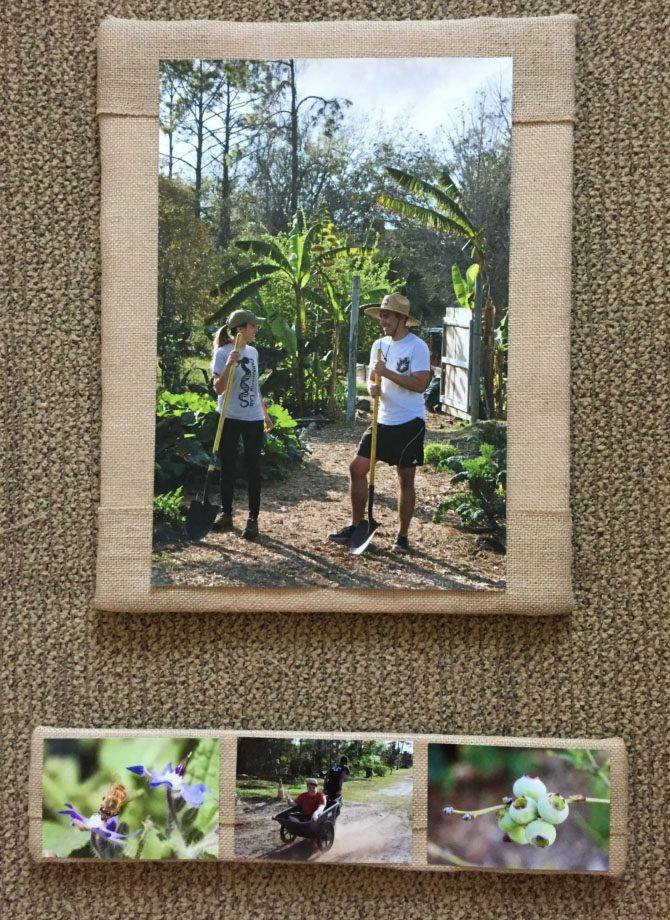