When I began my new job as director of the School of Visual Arts in October of 2016, I had no idea how quickly the time would pass, and I certainly did not envision that I would be signing on for a second term five years later. However, I was quickly and thoroughly charmed by the amazing work and creativity of the students, the knowledge and skill of the faculty members, and the resilience and dedication of our outstanding administrative team and staff. That enthusiasm and my respect and admiration for our students has not at all diminished as I head into my second term as director. I continued to be inspired by what our students accomplish with their art and design and by the commitment and talents of the many individuals helping our students along the way.

After two prior years of varying adjustment based on the pandemic, we saw our programs and activities returning to a more normal situation. As UCF transitioned back to pre-pandemic modes of operation and staffing, our studios and labs continued to open and we saw an increase in face-to-face instruction and arts programming, including our art gallery exhibitions and a terrific and expanded visual arts presence at our annual UCF Celebrates the Arts event in April. Our popular digital programs continue to see growth in both students and reputation and in July of 2021, several of our programs were ranked #2 among top public animation schools and colleges nationally by Animation Career Review.

Students from all areas within SVAD saw great success this year. Several of our graphic design undergraduates won big at the Orlando ADDY Awards, bringing home both gold and silver prizes from the American Advertising Awards. Our graduate MFA students contributed to WUCF’s winning of 4 regional Emmy nominations (continuing SVAD’s three-year streak of winning big at the ADDYs) and three other MFA students were awarded scholarships from ASIFA-Hollywood to support their project work in animation. Through a new partnership with TD Bank, ten SVAD students received funding to have their art displayed in a new campus store which opened in September. One of our MFA students working in figurative painting and illustration, Shehazerade Thenard, was named Artist in Residence for American Landmark.

SVAD alumni … contribute[d] to the local arts community and beyond[,] landed dream jobs with companies including Walt Disney Animation Studios, the FX Network, and PIXAR Animation Studios[,] and one … won animation’s highest honor.

SVAD alumni continued to contribute to the local arts community and beyond. Three SVAD alumni were selected for artists-in-action residency with the Maitland Arts Museum. Another designed a new mural for UCF Downtown. Others landed dream jobs with companies including Walt Disney Animation Studios, the FX Network, and PIXAR Animation Studios. One of our SVAD alumni, Man-Louk Chin, won animation’s highest honor, an Annie Award for Best Effects in an Animated Feature Film, for his work on the film The Mitchells vs. the Machines.

Our faculty were also very productive this year. Studio artist Wanda Raimundi-Ortiz was featured in a Washington Post story about her work in an online exhibition by the National Museum of Women in the Arts. Photographer Brooks Dierdorff was awarded a Fulbright Award to pursue a photography project in Brazil next year. Studio art professor Carla Poindexter judged and juried an exhibition at the Webber Gallery (in partnership with the College of Central Florida). Printmaking faculty member Ashley Taylor, along with ten SVAD alumni and students, had their work featured on local billboards as part of the Downtown Arts District’s Corridor Project Billboard Exhibition. Architecture faculty member Tommy James won a 2022 Seed Funding Grant to support his research in digital placemaking. Trustee Professor and Pegasus Professor Stella Sung debuted her opera The Secret River, the first ever commissioned as new work by Opera Orlando.

Two longtime faculty members, animator Darlene Hadrika and studio artist and animator Scott Hall, retired from UCF this year. We wish both the very best and thank them for their significant contributions to our school over the last two decades. In addition, college Associate Dean Lynn Hepner is retiring this year. An endowed scholarship in her name was created to honor her contributions to SVAD and to our college. The scholarship will be used to support students in the School of Visual Arts and Design, and we are grateful to be a home for this opportunity and for the generosity of those contributing to the fund.

This year we welcomed a new visiting faculty member in animation, Angie Hernandez-Carlson. She will be joining us as a full-time lecturer of experimental animation this fall along with three other new colleagues in studio art (Bobby Aiosa), emerging media foundations (Dillon Williams), and character animation (Demetrius Dukes).

The work of our outstanding staff members was acknowledged this year in the College of Arts and Humanities staff awards. Three staff members; Hannah Estes, Jason Effron and Allison LaBine; were nominated for awards by their peers in recognition of their outstanding work and collegiality. Jason Effron won the CAH Staff Award in honor of Dr. Bruce Whisler and Allison LaBine was the recipient of the award in honor of Dr. David Vickers.

In the UCF Art Gallery, we featured high quality exhibitions and programming throughout the year, including an MFA graduate exhibition, two BFA exhibitions (for both studio art and experimental animation), and a 30th anniversary celebration and retrospective of world class art from the Flying Horse Editions collection.

Finally, our regional academic partnerships continued to strengthen this year. Our articulation agreements with Daytona State for our 2+2 program in photography continue to yield outstanding student exhibitions year after year, with the opportunity for students to show their final photography exhibition at the Southeastern Museum of Photography in Daytona Beach. Our architecture 2+2+2 program, in collaboration with Valencia State and the University of Florida, continues to grow and become more competitive. Students working in the program have secured high profile internships with local architecture firms and have gone on to prestigious graduate programs both at the University of Florida and elsewhere across the country. 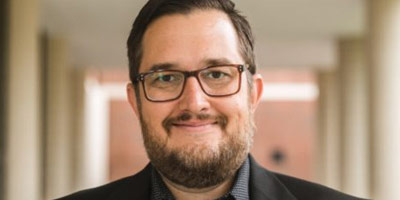 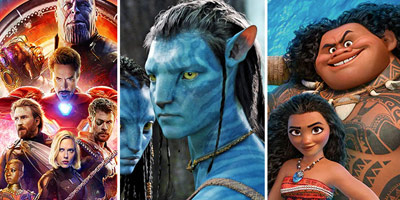 12 Animated, Fantasy and Superhero Films Made by UCF Grads 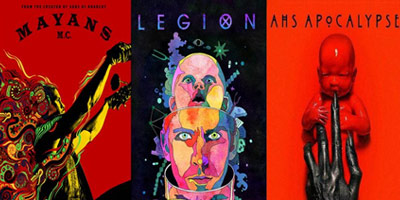 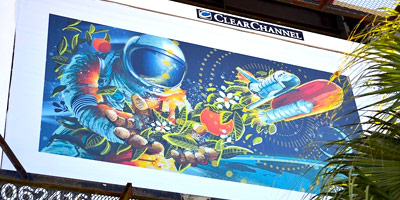 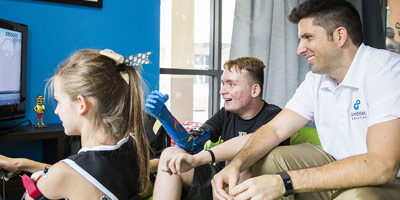 UCF Researchers Share Their Insights Into Innovation and Inspiration 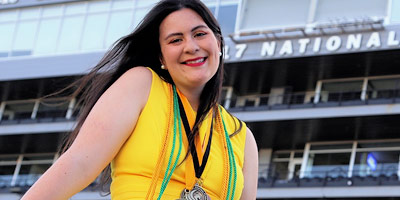